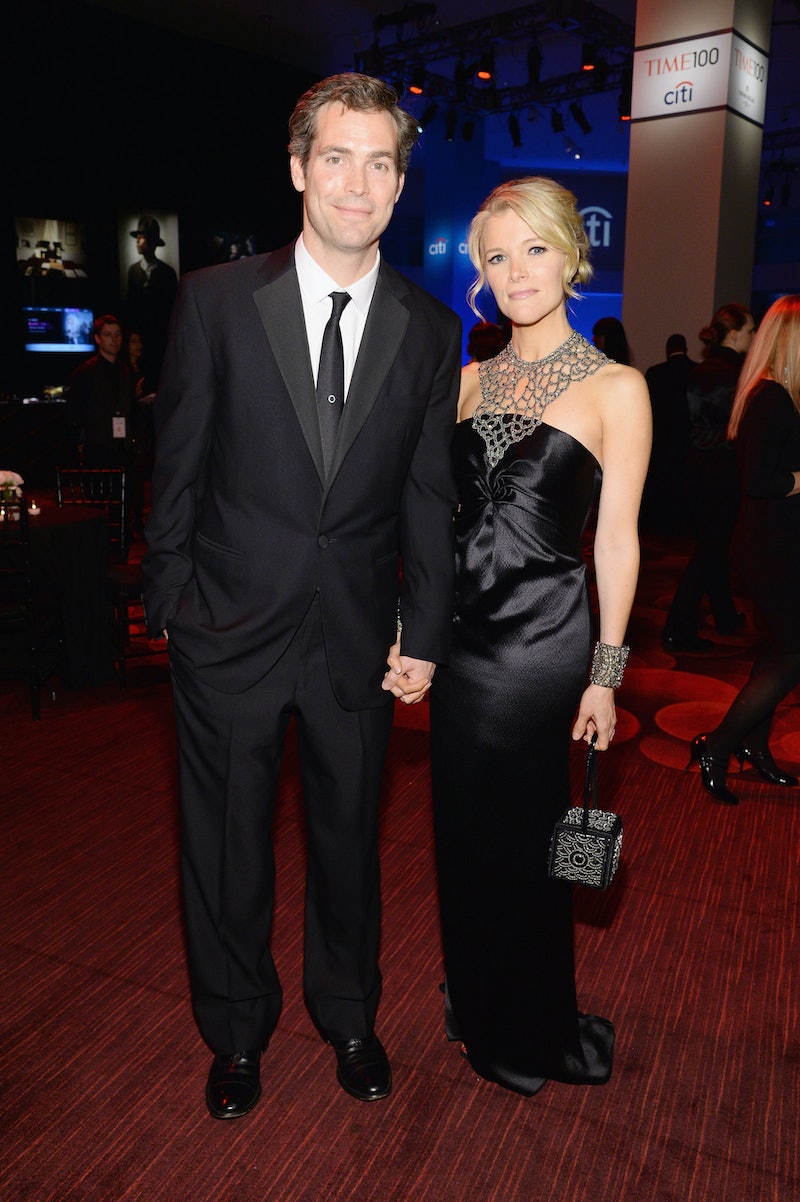 When Fox News' Megyn Kelly returned to host her highly popular The Kelly File on Monday, she had a special message for a man who's impacted her life substantially. Kelly wished her husband, who was still vacationing with their three children on the beach, a happy birthday on-air. She joked that she'd even bought him a Donald Trump tie, slyly acknowledging the feud that's still brewing between the journalist and the GOP candidate. So who is Megyn Kelly's husband, Douglas Brunt, anyway?

Brunt is the author of two novels — The Means and the Ghosts of Manhattan. Prior to his literary career, he was the CEO of Authentium, Inc, a Florida-based tech company that provides security software and services. Authentium was founded in 1999 and its SafeCentral antivirus line was acquired by Commtouch — now known as CYREN — in 2010. Brunt left his position with the company a year later. He has since fully devoted himself to writing and is currently working on his third novel. His most recent work, The Means, has been described as a fictional account of Kelly's career trajectory. The former attorney left her job in the legal sphere seeking opportunities that would put her skills to use in challenging ways, ultimately leading her to journalism. The novel's protagonist similarly leaves a legal career and lands at a cable news network.

Brunt is Kelly's second husband. After a brief, four and a half year marriage to anesthesiologist Dr. Daniel Kendall, the two amicably divorced in 2006. The couple was together a total of eight years and remain friendly, Kendall having appeared on-air with Kelly at least once as a medical expert. It's unclear when, exactly, Kelly met Brunt but a New York Times piece on their 2008 marriage indicates it wasn't long after the broadcaster had taken a job as a Washington, D.C. reporter with Fox News. They were set up on a blind date and began a long-distance relationship prior to Kelly moving to New York City. Speaking after her wedding to The New York Times, Kelly had this to say about the man she calls her husband:

It didn’t come down to a moment. But everything about the two of us just clicked — our interests, our sense of humor, what we want in life. I just know in my heart that I love the man I’m with, and he loves me.

Certainly, Brunt could appreciate the on-air humor from Kelly when she wished him a happy 44th birthday. Here's hoping that Trump tie she got him was bought on discount at Macy's.

More like this
Watch Jacinda Arden’s Devastatingly Honest Resignation Speech
By Sam Ramsden
Man Meets Politics: ‘Boy Meets World’ Star Ben Savage Is Running For Congress
By Jake Viswanath
RHOP’s Robyn Dixon Explained Why Juan Paid For Another Woman's Hotel Room
By Brad Witter
Pamela Anderson’s Dating & Marriage History Could Be Its Own TV Series
By Jake Viswanath
Get Even More From Bustle — Sign Up For The Newsletter
From hair trends to relationship advice, our daily newsletter has everything you need to sound like a person who’s on TikTok, even if you aren’t.