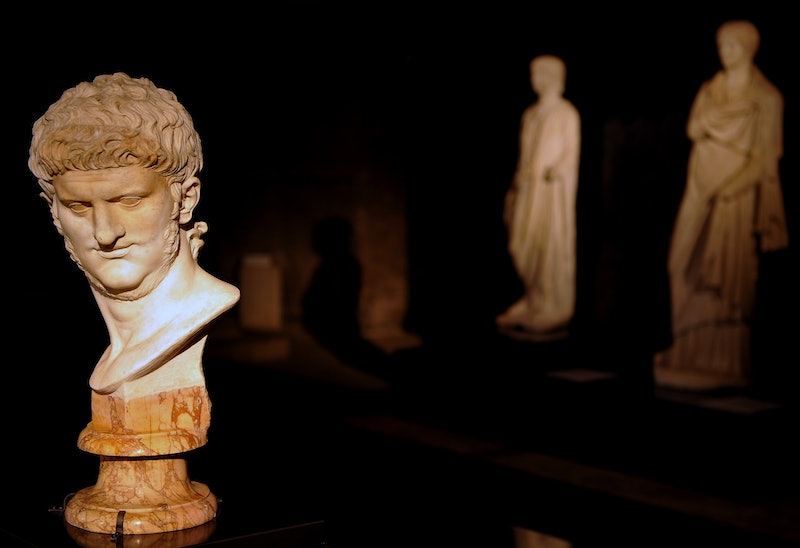 Long before accurate information was being kept of the everyday happenings of ancient societies, crime was prevalent. The earliest examples of widespread murders date all the way back to 331 BC, and involve a group of 170 women who used the plague as an alibi for poisoning Roman men. All 170 women were convicted of their crimes. So — who was the first serial killer ever? Surprisingly, the first recorded solo serial killer was a woman as well.

Locusta of Galt was a poisoner for hire who worked for the Roman emperor Nero's mother, Agrippina the Younger. She was tasked with poisoning members of the Imperial Family as well as Agrippina's husband, the former Emperor Claudius, as a means for Nero to gain power. Her involvement in Claudius' death has not been completely confirmed, however. During the early first century A.D., the Roman empire was in a massive state of upheaval that saw Nero's reign as emperor conclude with his ousting by Gaius Julius Vindex, a governor of the Lugdunensis province who was unhappy with Nero's rule and wanted to reinstall a previous style of government last seen with Caesar Augustus.

Little is known regarding how many people Locusta had poisoned during her tenure under Nero but she was rewarded greatly for her efforts — only to be executed by Galba, the emperor who assumed power following Vindex's coup, in 69 A.D.

Following Locusta, yet another serial killer was convicted by the Roman government just one year later. A man known as Aspernas went to court for murdering an estimated 130 people; it's unclear what his motives were or what his preferred method was, though it has been suggested that he too used poison. Records were not meticulously kept in 70 A.D., so little information is known about both Locust and Aspernas in terms of an exact number of people they killed or over how long of a span of time the murders took place, though both are considered some of the earliest recorded serial killers out there.

Meanwhile, the first recorded serial killer in America wreaked havoc on the city of Chicago some 1,800 years after Locusta and Aspernas had murdered hundreds of Romans. Dr. H. H. Holmes, who has been portrayed in film, television, and books, was a notorious killer who used his extensive medical knowledge to not only torture his victims and collect on their life insurance policies, but to extensively dissect their bodies then subsequently sell them to medical schools.

Holmes conducted his killings in a three story hotel that he'd had built. The building included shops as well as elaborate methods of escape like trap doors and secret passageways. Many features of the structure were used to help facilitate Holmes' murders. According to legend, Holmes had as many as 200 victims die at his hands while staying at the makeshift hotel he'd built.

It was not until suspicion grew around Holmes' collecting of life insurance policies that his crimes were discovered. Around the same time, the body of an office tenant and former business associate, B.F. Pitzel, was discovered in the serial killer's hotel, further damning Holmes. Philadelphia Police Det. Frank Geyer worked tirelessly to connect Holmes to the murder of Pitzel as well as his three children. The doctor was convicted and hanged on May 7, 1896.

More like this
A Teen Murder Victim's Horrific Diary Entry Helped Police Find Her Killer
By Brad Witter
This First Look At 'The Gold' Shows Jack Lowden In A Whole New Light
By El Hunt and Sam Ramsden
A New Netflix Doc Will Explore The Unsolved Murder Of Jill Dando
By Sam Ramsden
Evil Dolls, Ranked By How Much I Want Them To Kill Me
By Chloe Foussianes
Get Even More From Bustle — Sign Up For The Newsletter
From hair trends to relationship advice, our daily newsletter has everything you need to sound like a person who’s on TikTok, even if you aren’t.