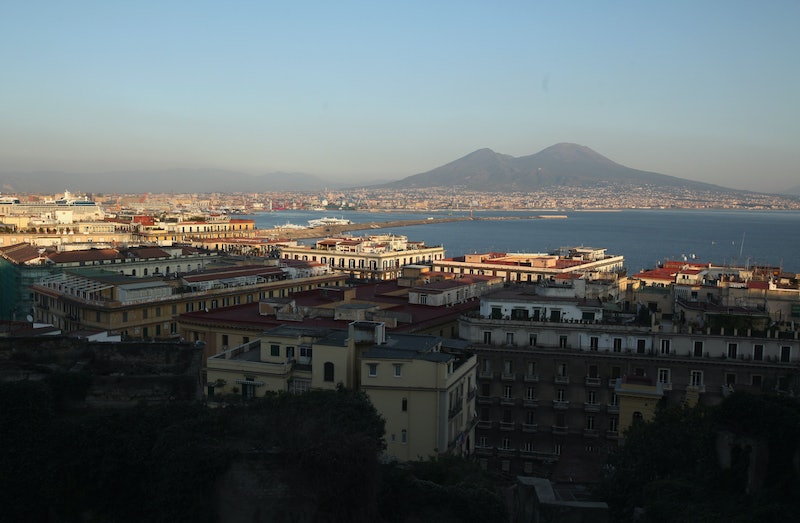 With Tuesday's publication of The Story of the Lost Child , Elena Ferrante's Neapolitan novels have come to the end. (Breathe. Breathe.) The fourth and final installment wraps up the tale of friendship, class struggle, political upheaval and the search for identity that has hooked so many readers over the four years since the first volume was published in Italy. Between My Brilliant Friend and The Story of the Lost Child, the novels cover some five decades and a wide cast of characters, leading Elena Greco and her compatriots from childhood through higher education and early careers, marriages and breakups, motherhood and the death of parents.

Beginning in the late 1970s and ending in 2010, the fourth book offers the widest span of years for its characters to grow, tying up many of its plot elements while leaving several mysteries in place. The friendship between Elena and Lila remains central to the story, yet its sprawling reach leaves room to follow well over a dozen of their friends and neighbors.

Here's a quick look at how some of them have transformed throughout the four novels. (Please Note: I'll be talking about the full arc of the characters here and some BIG plot details, so if you haven't yet read Lost Child, turn away now! Bookmark this bad boy, and come back when you're ready, or prepare to feel spoiled and sad.)

After struggling for years to find a balance between motherhood and work while feeling like a fraud in both spheres, Elena settles into some confidence as a writer in middle age. Although she remains vulnerable to Lila's digs and envious of her friend's brilliance, she finds her own identity by the end, and an entitlement to tell the stories she wants to without asking permission, no longer paralyzed by the feeling that anything she says is somehow cobbled together from her betters.

Lost Child finally loops back to the matter of Lila's vanishing at the age of 66, the story that opened the series in the prologue to My Brilliant Friend. Lila has been trying to erase herself in some form through most of the books, and she finally succeeds. The last volume finds her achieving some domestic happiness with Enzo and financial success with their computer business, Basic Sight, but after the harrowing disappearance of her daughter, she ultimately gives in to the "dissolving margins" that have plagued her since childhood.

Ugh, Nino. (I'm shaking my fist.) The object of Elena's lifelong romantic obsession matures from a brittle and awkward youth into an all-too-charming academic star. His politics become conveniently flexible, and he develops a long roster of women happy to help him advance professionally and socially (or bear his children). By the end of Lost Child, he becomes a member of parliament, is jailed for corruption, and then rises again in the rightward-shifting new political class.

For the duration of his marriage to Elena, Pietro is distracted, neglectful, and inflexible in his academic politics. He's a terrible husband by modern standards, though a solid B compared to the examples Elena sees around her. After Elena leaves him and stands up to his manipulative and well-connected mother, Pietro mellows into a good father, and a helpful and supportive parenting partner. Golf clap, I guess.

Lina's older brother gets a sympathetic start in the first book, standing up for his little sister and encouraging her artistic proclivities in the shoe business. But the hidden monstrosity Lina detected as a girl quickly comes to the surface. After years of wheedling, violent behavior, Rino comes to a sordid end, a casualty of the drug trade that seeps into the neighborhood.

Carmen appears superficial as a child, but she acquires more depth and political acumen following the arrest of her father and later, her brother Pasquale. She's also the one female character able to make decent choices in romantic partners. Although her early romance with Enzo dissipates, her relationship with the gas pump owner proves to be the sole functional marriage in the book.

Elena's sweet and intelligent school friend has given up the charade of his marriage to Marisa Sarratore and lives more openly as gay and transgender in the fourth book. He also carries on an unsettling affair with his wife's former lover, Michele Solara, who treats Alfonso as a sort of proxy for his obsession with Lila. When that relationship breaks off, he falls into a self-destructive streak that ends with his murder.

The Communist firebrand resurfaces in prison at the end of the series, after years spent in hiding while accused of political murder. Even as his girlfriend Nadia eases her punishment by informing on others, Pasquale sticks to his principles and refuses to cooperate with the state. Making use of his long sentence, he dives into studying, earning his high school diploma and a degree in astronomical geography.

Although Gigliola's relationship with Michele Solara has made her morally suspect throughout the novels, she displays a touching and unexpected depth with her response to Elena's debut novel in Those Who Leave and Those Who Stay. Her bleak and lonely death was revealed in a flash-forward in that third book, but Gigliola's defiance toward her husband's mistreatment in Lost Child gives her another spark of humanity.

Behind each of these lives looms Naples, which undergoes a cosmetic polishing over the years, but remains as squalid and corrupt as ever. By Lost Child's end, the Solara brothers have been murdered, leaving the neighborhood in the hands of a new brand of Mafiosi, and a purge of government corruption leaves Italy in the hands of the more politically agile corruptibles. In the end, Elena comes to terms with the place Naples holds in her identity, embracing it but ultimately able to leave it for good.