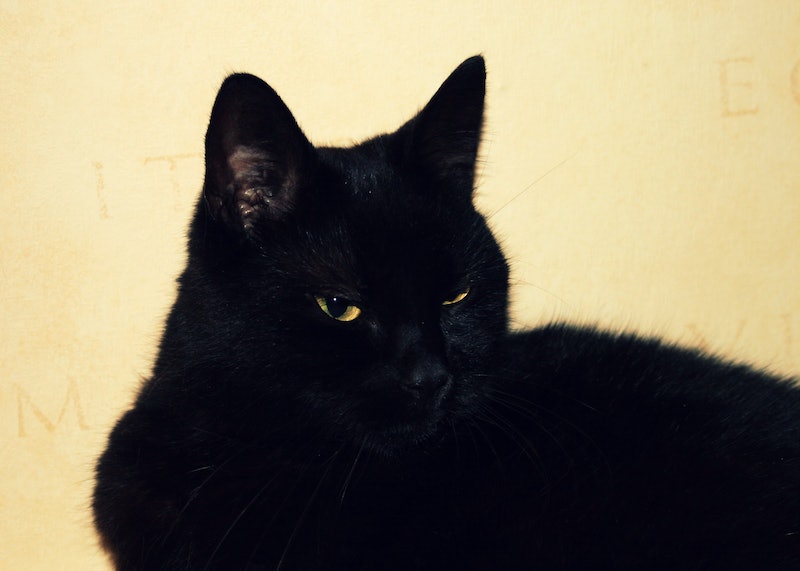 At 13:13, Finnair flight 666 took off from Copenhagen — on Friday the 13th, 2013. Ninety minutes later, it landed in HEL (Helsinki). For the superstitious, it would have been a nightmare flight, but the flight’s Finnish pilot didn’t bat an eye. “It has been quite a joke among the pilots," said Juha-Pekka Keidasto. "I'm not a superstitious man. It's only a coincidence for me."

Turns out that paraskevidekatriaphobia, the fear of Friday the 13th, hasn’t yet spread to the ever-practical Scandinavians. Still, for large swathes of the Western world, it's an ominous day. It can also come around pretty frequently: There can be up to three per year, and there has to be one, mathematically, at least every 14 months. Today is the second Friday the 13th of 2013.

Where did the superstition come from?

Well, we know where it didn't come from. The Hispanic cultures of Spain and Latin America turn their phobia to martes 13 – Tuesday the 13th – instead of Friday. In Africa, too, there’s no native belief about Friday the 13th: "This is because traditionally we had no calendars on which the belief is based," folk traditions professor Gordon Chavunduka said in Zimbabwe’s Sunday Times. "People who believe that have been indoctrinated with European culture."

The Middle East seems to be immune to number-phobias as well. And Vani Sriranganayaki, from Chennai, India, said she didn’t think there was any superstition about Friday the 13th in her culture. “Most Indians just believe that any Friday is a good day,” she said. “Most of us just remember the film when you think of Friday the 13th.”

So we can rule out Northern Europe, Asia, the Middle East, Africa, Central and South America, and Spain as the roots of Friday the 13th’s superstition. Australia and America can also be dismissed as the origins because neither were colonized until relatively recently by the English, who would have carried over their traditions. And so we go to Europe.

How did Europe become afraid of Friday the 13th?

The first part of figuring it out is easy: Thirteen has long been thought to be an unlucky number in Western culture. For that, we can probably blame Judas, who, in Christian tradition, arrived as the 13th guest to the Last Supper – Jesus Christ’s last big meal with his disciples before Judas betrayed him, and Jesus was crucified (on what might have been a Friday, but let’s not get ahead of ourselves.)

People took the Judas bit quite seriously, especially beginning in the early 18th century, when being the 13th guest at the beginning of meal was a social faux-pas.

But by the 19th century, with Romanticism’s penchant for superstition (a rebellion against the Enlightenment’s rational mindset), everyone was freaking out about 13. To be avoided now was the 13th floor, the 13th row, and hotel rooms numbered 13. Exhausting.

And as for the Friday?

This is where it gets tricky. Most people would probably consider Monday to be the most evil of days, but what on earth has the weekly day of liberation have to do with anything? There’s the thing about Jesus’s crucifixion being on a Friday, but it looks more like we can attribute it on Geoffrey Chaucer, who made Friday the day of everything bad in his 14th-century work, the Canterbury Tales: “And on a Friday fell all this mischance.”

Widely regarded as one of the foremost works of truly modern literature, the constant re-reading of the bawdy book through generations has kept that reminder alive. For the superstitious throughout the years, starting any venture on a Friday has been something to avoid.

There’s also the fact that late 19th-century American executions were all carried out on Fridays, which helped cement the superstition in the New World.

Bringing them together, then, would logically combine the superstitions Fridays and 13 into one hell of a day, which is likely how the double-whammy was born, according to Mental Floss. The first mention of the combination in English wasn’t until the 19th century, when Henry Sutherland Edwards’ 1869 biography described the death of composer Gioachino Rossini like this:

He [Rossini] was surrounded to the last by admiring friends; and if it be true that, like so many Italians, he regarded Fridays as an unlucky day and thirteen as an unlucky number, it is remarkable that one Friday 13th of November he died.

When did people begin to take notice?

It wasn’t until the 20th century that it picked up steam. A scouring of the New York Times and the L.A. Times by Snopes snoopers resulted in a political tidbit from 1908 who introduced 13 legislative bills on a Friday (a bad day for new ventures). It began, “Friday the 13th holds no terrors for Senator Owen.” Oh, Senator Owen, you brave soul.

So why does it continue today? "Several surveys of Americans suggest that roughly half say they are at least slightly superstitious," said Connecticut psychology professor Stuart Vyse. According to a 2007 Gallup poll he cited, 13 percent of Americans would be bothered by staying on the 13th floor of a hotel. Nine percent would be bothered enough to ask for a different room."

In other words, in an age that relies on emotion as much as it does logic, the tradition lives on mostly because we let it.