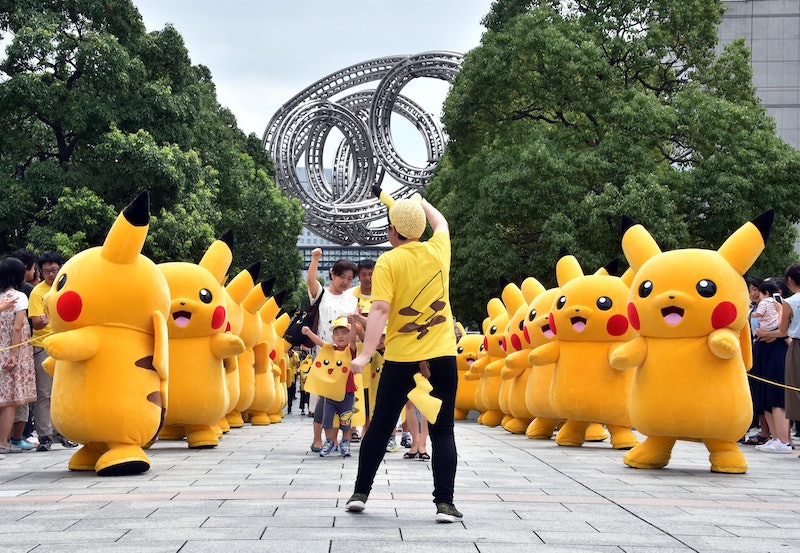 When it comes to your personal aesthetic, few decisions can be as make-or-break as a tattoo. Years worth of excited, admiring comments are sure to follow a really first-rate tattoo, and the exact opposite if it misses the mark. So maybe you're mulling it over, trying to figure out what you'd really want drawn on your body, and your favorite video game — from Pokémon to Zelda — comes to mind. If you've had a meaningful relationship with gaming throughout your life, this could be an enticing option — here are 8 video game tattoos to help inspire you.

Even as someone who's never had the urge to take the plunge on a tattoo, some of these designs make me feel a little envious all the same. I was born in 1986 and grew up at what felt like an identical rate to the technology around me, from the halcyon NES days clear through to the adventures of the crisp HD era. When you have this kind of biographical relationship with gaming, a simple image might resonate with you in a way that seems strange to others. Moreover, a good niche tattoo can be a way to unite you with anyone else who loves the same games you do.

Here are some awesome examples of video game tattoos, featured on the positively delightful Instagram submission account @gaming_tattoos — hats off to everyone who's walking around with one of these.

Pokémon are consistently some of the pound-for-pound cutest creature designs throughout Nintendo's history, all the more so when a monocle is involved.

In-crowd game reference tattoos don't get much better than this. It's Cactuar, the longtime cacti antagonist from the Final Fantasy series.

3. Heart Containers (The Legend Of Zelda)

You better watch out — if your health gets too low, that awful beeping will start up.

Glossing over what I'm sure is also a nice Millennium Falcon tattoo hinted at above, this is a hell of a Mario Kart tattoo. Remember: if you're always seeing the Blue Shell, you're always winning.

The simple Poké Ball is an iconic image, maybe the most ubiquitous item within the entire Pokémon universe. And if you want one on your arm, you'll be hard pressed to do better than this — it's just a really beautiful tattoo.

6. The Master Sword & Triforce (The Legend Of Zelda)

The Master Sword, with the Triforce emblazoned in front of it, compromises the two images most synonymous with the Zelda, unless you count outright characters like Link, Zelda, and Ganon. But not everyone wants a little person drawn into their skin. This tattoo is a really sparkling example of crisp, iconic Zelda imagery.

A disclaimer on this one: once you start getting into tattoo sleeve territory, don't let my (or anyone else's) opinions sway you into doing it. Tattoos start to become more full-time commitments when you're rolling with something as large and flashy as this, so it's important that you be entirely sure you want to get it. In this case, I can understand the urge. I used to have this exact same image on a beach towel, but I'd never have expected it to look so great up a person's arm.

8. Majora's Mask (The Legend Of Zelda)

It may sound like heresy to some, but Majora's Mask was the best Zelda game of the Nintendo 64 era, not its more heralded predecessor Ocarina of Time. More to the point, this tattoo of the eponymous Majora's Mask is colorful and eye-catching and carries the same sense of bizarre subversion that defines the game.