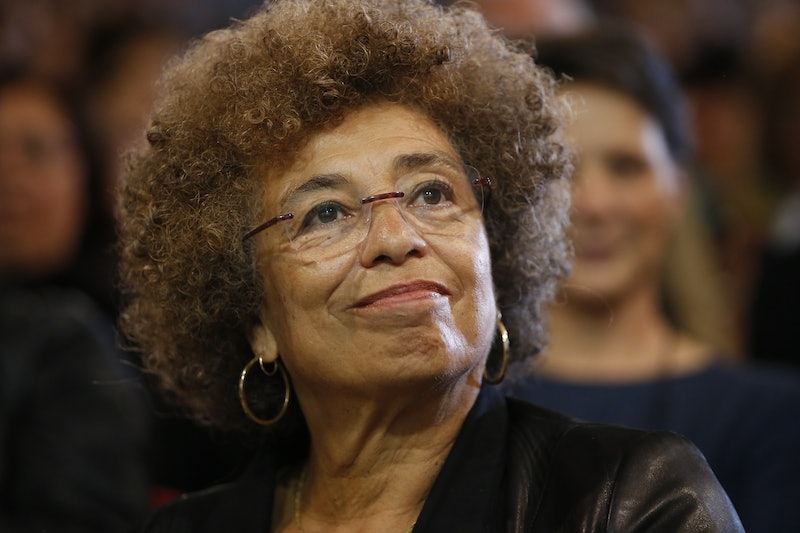 Feminism needs to include women from all walks of life — not only in language, but also in action. This is something that Taylor Swift did not initially recognize during her Twitter "feud" with Nicki Minaj, and something that Kylie Jenner failed to take seriously when Amandla Stenberg told her not to culturally appropriate cornrows. In other words, feminism needs to be intersectional. It needs to take into consideration how every part of a person's identity informs how they live, and it also fiercely advocates for justice in situations that don't immediately seem like feminist issues. Luckily for us, there are many incredible feminist women of color out there who work tirelessly toward equality and justice.

Let me be clear: Feminist women of color should not have to educate white folks on their own oppression. We do not need to justify our existences, when there is plenty of literature out there that explains why feminists must discuss race. We have many of the following women of color to thank for this literature, and for the work they do in the public spotlight in order to bring awareness to our causes. This is by no means a complete list; there are so many inspiring feminists of color out there that it would be impossible to mention every single one here.

Angela Davis emerged as a radical activist in the 1960s as a leader in the Communist Party USA, and was affiliated with the Black Panther Party. She is a former director of University of California, Santa Cruz's Feminist Studies department, and she co-founded Critical Resistance, a national organization dedicated to opposing the expansion of the prison-industrial complex. Davis not only understands the vital nature of intersectional feminism — she embodies it:

We are still faced with the challenge of understanding the complex ways that race, class, gender, sexuality, nation and ability are intertwined — but also how we move beyond these categories to understand the interrelationships of ideas and processes that seem to be separate and unrelated.

Davis is heavily involved in activism pertaining to prisoner's rights and solidarity with Palestine, and was an important figure in the Occupy Wall Street movement.

If your feminism excludes transgender women of color, then it is not feminism. Laverne Cox is a transgender actress and advocate of Orange is the New Black fame. She frequently speaks out about the intersections of transphobia, racism, and misogyny, and what it means to be a black trans woman in the United States. At the same time, Cox acknowledges that she has the privilege of being in the public spotlight in a way that many trans people of color who face violence do not. On her blog and in her public appearances, Cox frequently reflects on critical issues like cultural appropriation, systemic violence, and feminism.

Michelle Alexander is a civil rights lawyer, advocate, and scholar. She has done extensive research on the intersections between race and criminal justice as an associate law professor at Stanford University and Ohio State University, and helped lead a national campaign against racial profiling as the director of the ACLU of Northern California's Racial Justice Project. In her book The New Jim Crow: Mass Incarceration in the Age of Colorblindness, she explores in detail the nature of mass incarceration and the impact of structural racism in the modern era — and, like the other women on this list, makes sure to take a close look at the intersections of race, class, and gender in her work. Her writing demonstrates that issues like mass incarceration and the War on Drugs should be key feminist concerns.

Remember what went down when Janet Mock appeared on Piers Morgan's show? If you don't, that's OK — just know that it's not OK to misgender people or sensationalize their lived experiences. Mock is a transgender rights activist and author who came out publicly as a transgender woman in 2011. She started the hashtag #GirlsLikeUs to celebrate and empower transgender women and has worked tirelessly to highlight and combat the violence faced by trans people. Mock is a fierce feminist, and her feminism is all-inclusive, all the time:

Feminism and women’s rights have always been about autonomy and what you want to do with your body. One of the things you should always be able to do is to self-determine who you are. I think people have become more aware, but I hope that this awareness grows to progress — and progress becomes inclusiveness.

Kshama Sawant is a former software engineer from India who became a socialist activist and is a Seattle City Council member. Her socialism stems in part from her observations of the poverty and caste system in India, but she didn't become a socialist until she moved to Seattle in 2006 and joined Socialist Alternative, an anti-capitalist, democratic-socialist party. Sawant advocated for Seattle's $15 minimum wage and — as an ally to the #BlackLivesMatter movement — has demanded full police accountability. She also brought social activism into electoral politics. As the Occupy movement faded out, she continued the struggle on a different battleground, by running for Seattle City Council. Sawant is also a proponent of marriage equality and abortion access, and has made some explicit remarks about her identity as an Indian American socialist that work to dismantle the model minority myth.

Winona LaDuke is a Native American activist, writer, and environmentalist of Ojibwe ancestry. She helped found the Indigenous Women's Network in 1985, and much of her work involves the reclamation and preservation of tribal lands (through the White Earth Recovery Project), sustainable development, and the relationship between feminism, militarism, and the environment. LaDuke also works with Honor the Earth, on issues like climate change and food systems. She twice ran in the vice president slot on Ralph Nader's Green Party ticket, and she is wonderfully unapologetic in her demands for change. LaDuke's personal identity significantly informs her fight to protect the environment, and she presents a refreshingly nuanced perspective of feminism that is rarely visible in the public spotlight:

Most indigenous women understand that our struggle as women is integrally related to the struggle of our nations for control of our land, resources, and destinies. It is difficult for indigenous women to embrace or even relate to the progressive parts of the women's movement. It is not about civil rights for us. It is not about equal access to something. It is about "Get off my neck." From our perspective, that is what it is all about.

Cherríe Moraga is a queer Xicana writer and feminist activist whose work explores the intersections of race, gender, and sexuality in the lives of women of color. Moraga is currently an artist-in-residence at Stanford University, where she was also a faculty member in the Department of Comparative Studies in Race and Ethnicity. She has frequently discussed the political nature of identity, specifically as it pertained to her self-identification as Xicana.

In her interview for the Voices of Feminism Oral History Project, Moraga tackled the issue of white feminism, and explained how "feminism is born through oppression." She went on to explain how her identity as a queer woman of color and her relationships to numerous radical movements over the years has informed her feminism.

According to her blog, Mia Mingus is "a queer physically disabled Korean woman transracial and transnational adoptee" and "a writer, community educator and organizer working for disability justice and transformative justice responses to child sexual abuse." Mingus advocates for prison abolition and works to combat the non-profit industrial complex. In 2013, Mingus was recognized by the White House as a Champion of Change during Asian and Pacific Islander Heritage Month. In her work, Mingus has put an extraordinary amount of thought and work into the exploration of intersectional identity, and while she may not be as "mainstream" as some of the other women listed here, her work is incredibly important, and pushes us all to rethink how inclusive our feminism really is.

It is important to acknowledge the complexities of privilege and oppression and how they play out in our worlds. For me, it is especially important around disability in this particular historical and political moment. Historically speaking, we are still so close to the majority of our history, where most disabled people were locked up, institutionalized, homeless, hidden away in the back rooms of their families' homes, not allowed to access education or have a job, and generally not allowed to participate in the public sphere at large. And this is still so true for so many people. So, for me to be able to do the kind of work that i do — to be able to travel, be listened to, be able to work a 16 hour day — it is so much about having the kind of disability and body that is "able enough" to squeeze itself into those privileged spaces.