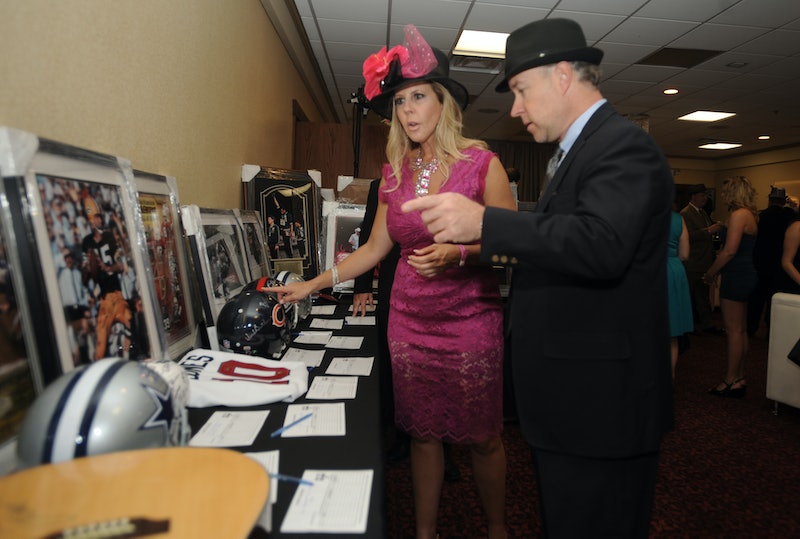 The announcement that Vicki Gunvalson and longtime boyfriend Brooks Ayers were splitting came as both a surprise and an inevitability to anyone who's followed their on-again, off-again journey for the past few years. And considering that they've shown so much of their lives on Bravo, fans have to wonder if Vicki & Brooks' breakup will be on Real Housewives of Orange County. Since they just made the announcement that they're breaking up weeks ago, it doesn't seem like it will be a part of the remainder of RHOC Season 10, because as Vicki described in her Facebook post about the breakup, they finished filming in May, long before she and Ayers decided to break up. So the show will be depicting them very much in love, while now, they've decided to go their separate ways.

Even if they were on rocky ground by then, it seems like news of a breakup was a surprise in late summer. That means that the discussion of a breakup won't happen until the reunion, which tapes long after the rest of the season has completed. In fact, according to Vicki, the RHOC Season 10 reunion has not even filmed yet, which means there could be more Vicki/Brooks news on the horizon that isn't even public knowledge yet.

There's even a chance that Vicki and Brooks specifically chose to split up after filming came to an end so Bravo's cameras wouldn't be there to document it. Their relationship has been the center of attention for so long, that a little bit of privacy must be a nice idea. Their Facebook post (jointly written like the best breakup press releases) politely but emphatically stated that they don't want to speak publicly about the breakup in any interviews or other press.

And while so far, Vicki's commentary has been restricted to a few Tweets, it seems unlikely that the topic of Brooks won't come up during the reunion. He has been a major point of contention throughout this season, after some of the women alleged that Brooks might be lying about having cancer. Vicki has never participated in that rumor, instead blaming the breakup on emotional differences, which have also plagued the couple since Day One.

But breaking down their relationship during the reunion is something of a tradition for Brooks and Vicki, whose relationship is always a topic of discussion in the finale of each season of RHOC, since he first appeared in Season 7. You may remember this:

And those previous seasons give a preview of what the audience has to look forward to in this year's three-part finale and reunion, where the breakup will surely be discussed. And it's also an Orange County tradition to have something send Vicki off the deep end and get very upset, sometimes making her storm off. Hopefully between now and whenever the finale is filmed, Vicki has enough time to cool off that she is able to keep a cool head when the subject of Brooks inevitably comes up. She hasn't had to discuss their breakup publicly yet, and come reunion time, she should be ready for the ladies to throw her a curveball.