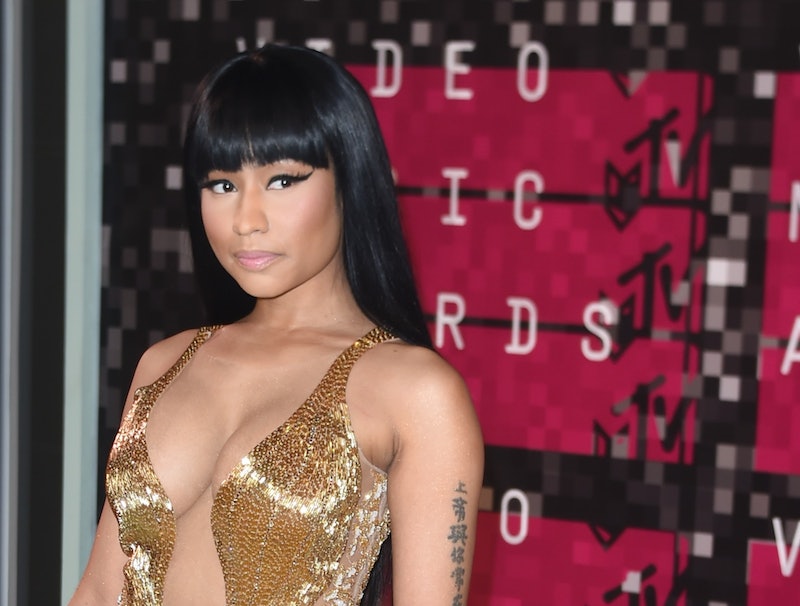 The MTV Video Music Awards are one of the, if not the, most wacky awards shows out there, so it's only right that someone who can bring the appropriate amount of crazy opens the show. This year, Nicki Minaj opened the 2015 VMAs and her performance definitely had that VMA flavor to it that perfectly set the stage for the night. I mean, doesn't Nicki Minaj and Taylor Swift joining forces just scream VMAs to you? Yes, yes it does.

As you no doubt heard, these two had a feud on Twitter that started when Minaj voiced her frustration over not being nominated for Video of the Year. The two women ended up making up — also publicly — so while it isn't THAT surprising that they would make such a huge statement on one of their industry's biggest nights by joining forces, it was still pretty amazing to see. I mean, I'm cynical enough that I audibly said "Oh. Of course" when Swift popped up out of nowhere, but by the end of their performance I felt a little teary.

Minaj first performed "Trini Dem Girls" in a giant headdress with a ton of background dancers dressed in a theme that honored her Trinidadian culture. She followed that with "The Night's Still Young" during which Swift rose out of the floor in a sparkly red dress that matched Minaj's ensemble.

And after that? Well, they joined together for a duet of "Bad Blood" that first seemed too on the nose, but then gave me — and I'm sure many others (don't lie!) — chills. It was just so nice to see them together sharing what is a huge night for them both! Way to achieve so much success, y'all! It's beautiful!