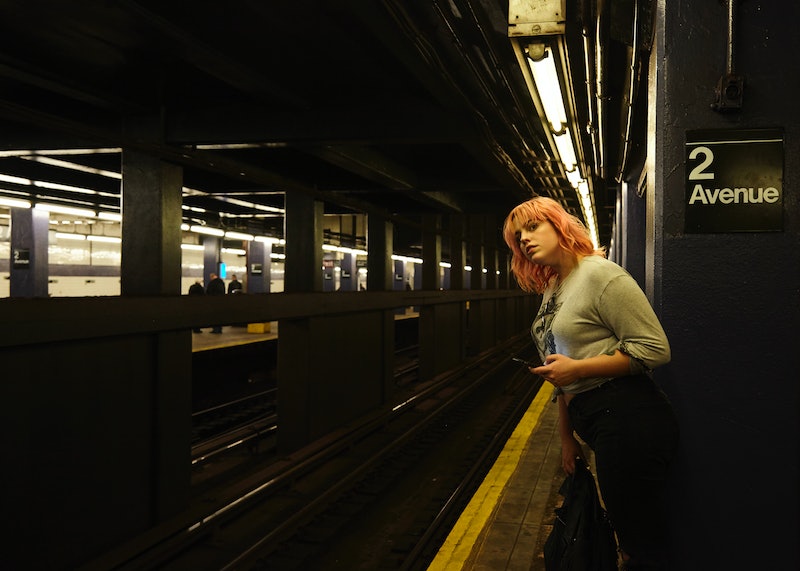 Does it sound counter-intuitive to you to say that that impatient people also tend to procrastinate? It Well, bad news if it does, because according to science, it might actually be true. New research conducted by behavioral economist Ernesto Rueben and published in the Journal of Behavioral and Experimental Economics not only further supported previous research that studied impatience — but even more interestingly, it introduced another piece to the puzzle, too: Not only are impatience and procrastination not mutually exclusive, but moreover, they might even be manifestations of the same psychological phenomenon.

The new study followed a similar format to previous ones in that it gave participants two options: Getting a reward now, or waiting a little longer and getting more of that same reward later. Remember the marshmallow test? The one that was first conducted in the late '60s and early '70s at Stanford University in which a bunch of kids were told they could eat one marshmallow right then and there, or two marshmallows if they waited 15 minutes? Same deal, although I'm willing to bet that the new experiment wasn't quite as cute to watch as the marshmallow one — which, of course, has been reproduced a number of times since:

Reuben's study featured adults — a bunch of MBA students at the University of Chicago — rather than children, and the prize wasn't marshmallows, but money. The participants were offered a check that they could cash that very day — or a check for a larger amount of money as long as they were willing to wait two weeks to get it. As previous research found, nearly 60 percent of the participants chose what I call the “cash it today” check, going for instant gratification in spite of the smaller reward; however, the researchers also observed some interesting behaviors surrounding the actual cashing of the check. First off, more than half of the people who chose the “cash it now” check waited more than two weeks before actually cashing it — the same amount of time for which they would have gotten more money if they had waited. So: if they weren't going to cash the check until two weeks later, why didn't they just hold out for the bigger payout? Not only that, but 30 percent of the students who took the check immediately actually waited over a month to cash it… and 15 percent of them never cashed the dang thing at all.

The results of the study suggest that impatience — that is, wanting the “cash it now” check — and procrastination — that is, failing to cash the check in a timely fashion — do, in fact, coexist. It sounds a little weird, but as The Guardian points out, it actually makes sense when you think about it, because they're both symptoms of the same phenomenon. Psychologists refer to this “preference for getting rewards and pleasurable emotions now, rather than later” as “present bias.” In the case of getting the check, present bias reveals itself in the person's dislike of or inability to wait for a bigger payout; then, in the case of failing to cash it, it manifests in the person's dislike of needing to haul themselves to the bank.

Of course, I would argue that in the age of mobile banking, there's no excuse at all for not cashing the check, since you can usually do that right from your phone; furthermore, I also suspect there might be more than one type or cause of impatience. I'm the first to admit that I can get a little impatient, but for me, it's usually a control issue. It kicks in when, say, I've asked my SO if he'll clean the kitchen floor while I take care of the bathroom and he doesn't do it right away — at which point I usually end up thinking, well, if he's not going to do it yet, I may as well just take care of it myself, since the whole point of asking him to do it while I take care of something else was to save time. Obviously this is anecdata, not actual data, so there's only so much we can take from it — but I still think the idea is worth considering.

In any event, though, maybe we should all start working on battling both our procrastination habits and our impatient ones. Good things come to those who wait, remember?