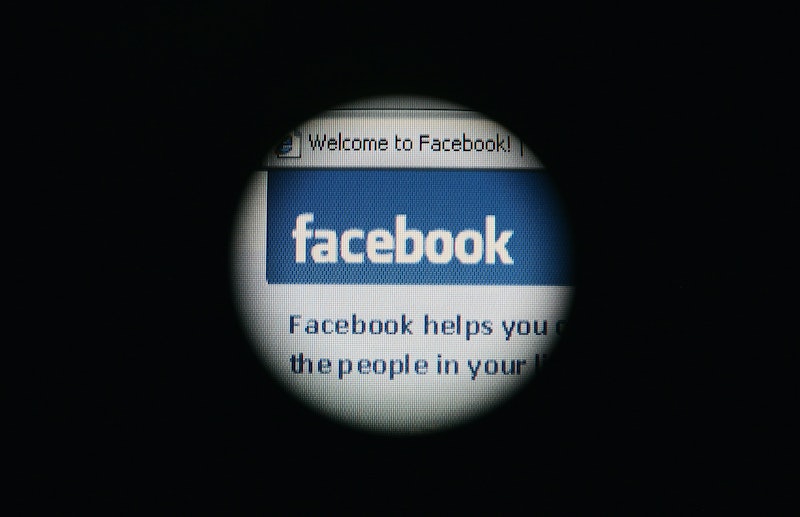 There was a time when I obsessively took personality tests: Meyers-Briggs, handwriting analysis, astrology charts, and every online "quiz" alleging to tell me what Harry Potter House I belonged in that I could get my hands on, no matter how inane. I was 21 and a very recent college graduate, whole-heartedly lost as to The Direction of My Life — and even though I didn't know who I was, I thought maybe the Internet could tell me. Given how fruitless these personality tests ultimately ended up being, though, it's perhaps unsurprising that I was a little skeptical of this app I just found that's supposed to be able to tell you what your Facebook "likes" say about you. It's called Apply Magic Sauce, and analyzes not what your favorite color is or whether you'd rather be Han Solo than Luke Skywalker — but rather what your "digital footprint" reveals about you. As an intermittent-at-best Facebook user, how detailed could my digital footprint possibly be?

Pretty effing detailed, as it turns out. The app, created by Stanford University organizational behavior professor Michal Kosinski, analyzes your entire history of Facebook "likes" in a matter of seconds and presents users with a map of their personality and personal history. What gets calculated? Just about everything — sexual orientation, political views, even your overall life satisfaction. Not only that, but it does it with a level of accuracy that is really, really eerie.

Kosinski noted in an interview with the Stanford News Service that, on the whole, the kind of stuff we generally notice about a person's online presence reveals very little about who they actually are. And that makes sense. We are so trained as a society to present the best, most polished version of ourselves at all times that tweets and status updates often gloss over the big picture. The Apply Magic Sauce app, however, looks at the subtle details we often don't track.

Here's what happened when I connected my Facebook profile with Apply Magic Sauce:

OK, this was probably the least accurate element of the whole thing. I am 23. I turn 24 in a month and I'm having a lot of trouble with that number and that was super rude, you dumb app.

This is, for the most part, pretty spot-on. I love unexpected adventures; I'm a staunch feminist/pro-choicer/pro-LGTBQ*-rights/theater nerd who hates the gender binary and loves to chill. The only weird discrepancy is how I rate on the extroversion level. I'm someone who short circuits if I have to spend more than, like, five hours by myself. However, on the Big Five Personality Inventory, I rate as an ENFJ, meaning I'm an extrovert for whom personal space and periods of alone time are key. So maybe this "contemplative" result isn't fully out of left field, after all.

How Smart Am I?

OK. Cool. I don't know if this is true or not, but it's a nice little ego boost.

This is honestly a really nice summation of my religious history: I am currently Agnostic, I was raised Catholic, and I have a mostly Methodist extended family. How was that determined from how many cat videos I liked?!

What Am I Most Educated About?

Again, while this doesn't specifically name my degree — English/Creative Writing — it basically breaks it down into some of its defining elements, creativity and writing.

Does it work? Surprisingly, yes. It's certainly more accurate than a few other algorithm-based personality measures that have emerged recently — and perhaps more importantly, it shows that our Facebook "likes" really do have meaning. Social media isn't just for wasting time while you're pretending to work.

Try it for yourself at Apply Magic Sauce's home on the web.