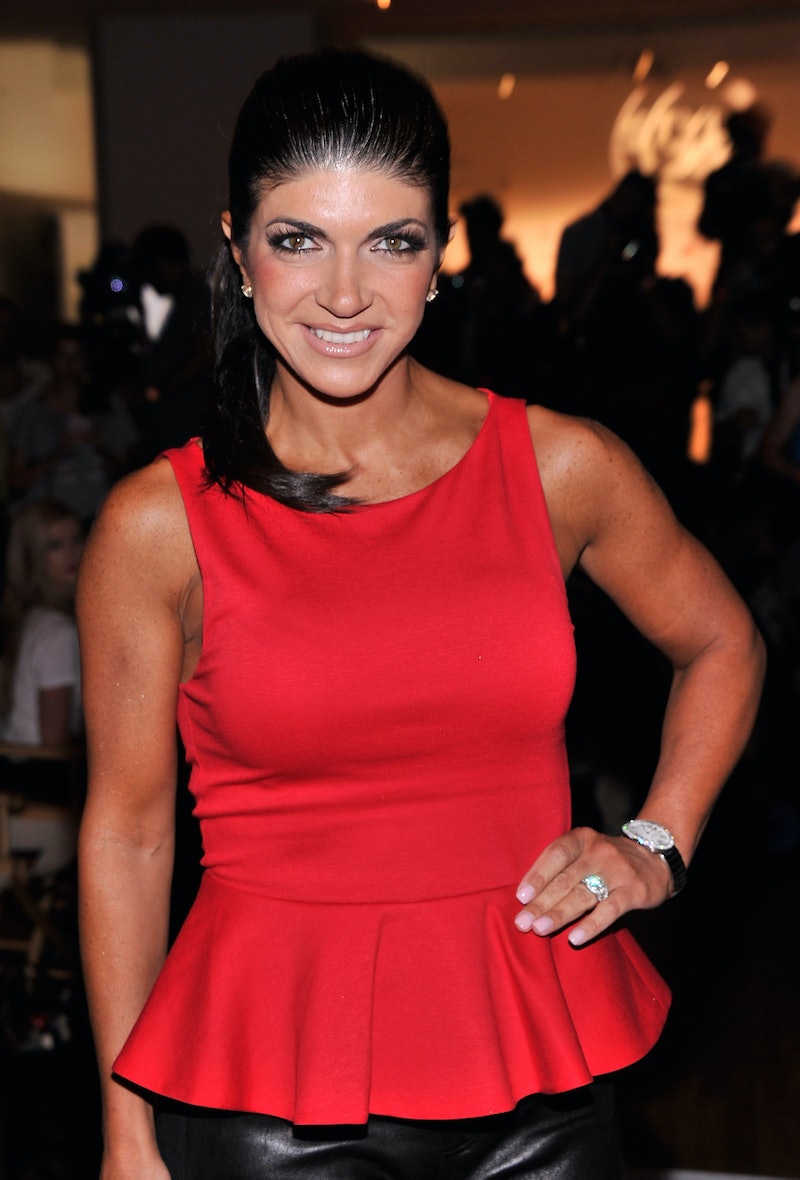 Teresa and Joe Giudice are paying for committing fraud, but the beauty of the American legal system is that you can serve time and go back to the life you once led. No, I'm lying. The reality for most people reads more like this: You get caught, go to prison, come out, and can't find an employer to hire. But the Giudices are different because they're well-off and have celebrity status. So, reportedly, when she is released from prison in December, Teresa Giudice has the option of returning to The Real Housewives of New Jersey and making more money from her bad experience than she probably ever dreamed possible. But just because she can do it, doesn't mean she should do it.

The show has been on hiatus and Bravo has yet to confirm when and if it will return. As she nears the finish line of her sentence at the Federal Correctional Institute in Danbury, Conn., Teresa has remained silent about her future reality show plans. Meanwhile, the absolutely bonkers idea of following Joe around with a camera while he raises their four daughters prior to his own prison stint was rumored as a possibility, which leads me to believe there is nothing these two won't do for attention.

It's been reported that Teresa is returning to RHONJ following her release for a seventh season of the show, so viewers shouldn't be surprised to see her on their TVs once again, but should hope like hell it doesn't happen. Here's why: The only reason many are pulling for her comeback is because everyone loves a changed man or woman. Wouldn't it be fantastic to watch a woman who once complained about having to own a house someone else lived in and flipped tables in anger kickstart the next season by volunteering her time in a soup kitchen? Imagine Teresa learning to live modestly, meditating at 8 a.m. every day, and getting along with everyone?

The problem is, by agreeing to go back on TV Teresa would be proving she hasn't changed much at all. It would show that she values cashing in on her notoriety over taking time to sort things out with her family during their tough time first.

I would understand if the network decided it wouldn't be worth it to continue the series without Teresa. She was the most entertaining trainwreck on reality TV. And, underneath it all, I know there is much more to her than misplaced anger and clever editing allow us to see. But, after being away from her daughters and normal life for so long, her only priority should be taking care of them and taking care of herself — not redeeming herself in the public eye or getting revenge on anyone who thought her career was over.

I can picture a long-term plan for Teresa that includes her own reality TV show — one that I hope shows how much she has changed. But change isn't going to be possible if she's jumping from one fire (prison) to another (RHONJ) without some serious regrouping and reflection.