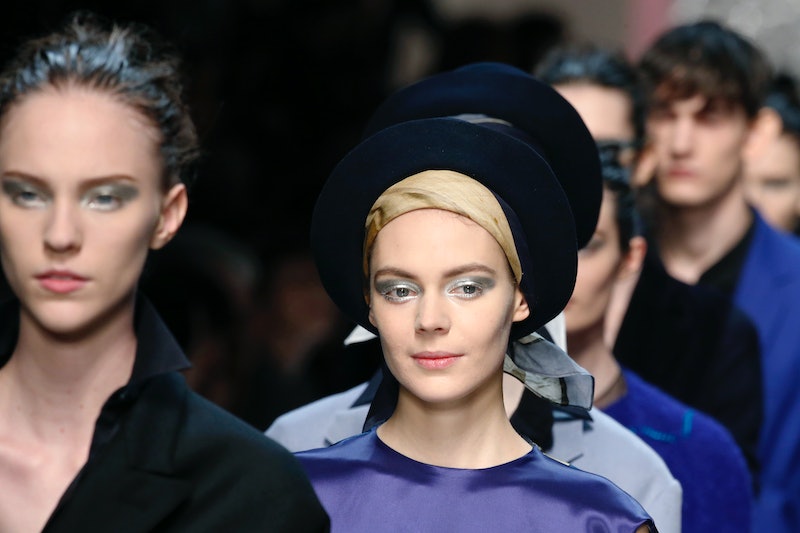 As gender fluidity becomes more prevalent in society, it’s becoming more prevalent in fashion, too! Acne Studio’s FW15 Women’s campaign stars a boy, because some forward thinking brands are ahead of the curve.

The brand has been toying with androgyny since it’s SS16 Men’s collection, but having a male model in their Fall/Winter campaign takes it to a new level. The model, Frasse Johansson, isn’t just a random kid, either. He’s the son of Acne’s creative director, Johnny Johansson. And even though he’s perhaps not as into fashion as his dad is, he still very much enjoyed being a part of this shoot, according to Women’s Wear Daily.

“Walking in high heels is so hard, and I don’t understand how anyone can walk in them,” he told WWD. “Playing football is more my thing but it was great fun to do it. And I got to hang out with my dad.”

Clearly, this twist on take your kid to work day turned out to be quite a big deal for the father and son pair, and for the fashion industry, in general. And even though this seems like a big statement about gender ambiguity, for Johnny Johansson, it is still all about the clothing.

“The cut, the shape and the character of the garment is the crucial thing, rather than seeking approval from society or to follow set norms,” he tells Who What Wear. Breaking norms and still being blasé about it — that’s what you’ve got to love about the Acne Studios brand.

This is a great jacket. I love what they are doing here.

The full ad campaign will hit the brand's website on Thursday, so stay tuned.