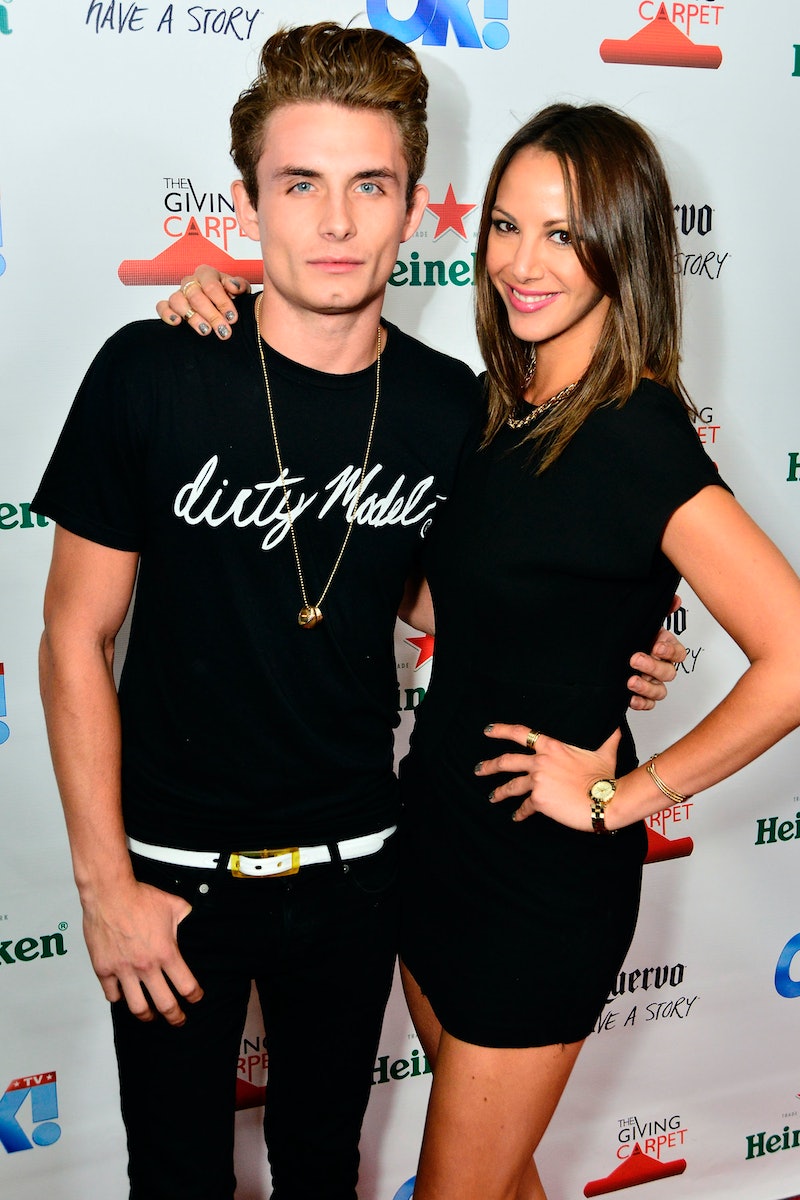 Surprise, surprise. There is some drama with two Bravolebrities. According to E! News, Vanderpump Rules stars Kristen Doute and James Kennedy broke up. Per a show source, "Kristen and James were together at the start of the season, but they broke up during filming. They're not currently together… although with them you never know." That's true, there's always a chance these two will reunite, because what was shown of their relationship on the show was definitely a roller coaster of emotions.

Also, does this mean fans will get to watch their split on Season 4 of Pump Rules ? *fingers crossed* Hey, you know you're totally thinking it, too.

No offense to Kristen and James, but that took long enough. It's about time! Their relationship was not healthy and they're so much better apart. And guess what? Kristen agrees with me. Soon after the news broke, the reality starlet took to Twitter to express her happiness about the split. She tweeted "can I scream THIS from a mountain top too!? #FreeAtLast" along with a link to E! News' story.

I wonder how James feels? He has yet to express himself via social media, but give him time. As Vanderpump Rules fans know, the cast loves the online world, so sooner or later I'm sure he will let the world know how he feels, too

So, I guess congrats are in order to Kristen? You know, since she is #FreeAtLast.

More like this
Kendall Jenner Thinks Tristan Thompson "Wanted To Trap" Khloé With Another Baby
By Jake Viswanath
Clayton & Susie Broke Up, Citing "A Significant Amount Of Pain" After 'The Bachelor'
By Jordyn Tilchen
‘The Ultimatum: Queer Love’ Is Officially On The Way
By Radhika Menon and Kadin Burnett
How To Stream 'Pretty Wild'
By Arya Roshanian
Get Even More From Bustle — Sign Up For The Newsletter