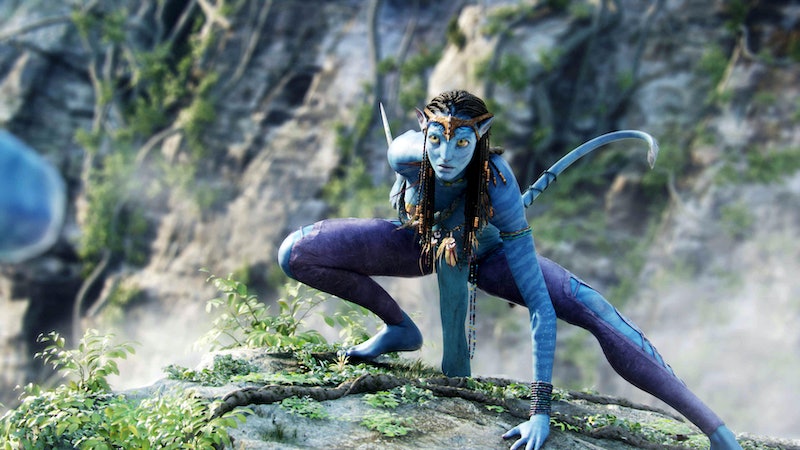 James Cameron's predilection for the grandiose has paid off in the past, if Titanic and Avatar are anything to go by, but Cameron's recent interview with the Associated Press has left even those of us entranced by his larger than life cinematic style a bit confused. Don't get me wrong, I'm as big a fan of Avatar as the next person, and I'm more excited for the Avatar sequels than I have been for any Star Wars movies made since my birth, but Cameron's sweeping statements have got me good and confused. First, he compared the Avatar sequels to The Godfather , but then he later said that the next two films will be less "Jake-centric," which is kind of like Francis Ford Coppola making the first movie and then announcing that the next two would be a bit less Michael Corleone-centric, but hey, I'm sure Cameron's got a plan. Well, at least I hope he does.

Cameron goes on to discusses how close to impossible underwater CGI is, before going ahead and admitting that, in fact, the next two Avatar movies will feature a decent amount of it, because James Cameron doesn't take no for an answer (at least when it comes to CGI). It's not hard to make the leap from underwater Na'Vi to that super hot Storm-resembling princess from Atlantis, so not only do the sequels sound like The Godfather, they also now sound like Atlantis. If the Na'Vi's stripey bits start glowing, well, I'll be making Milo references and jokes about the Mole before anyone in the theater has the chance to glare disapprovingly and ask me to be quiet. Don't say I didn't warn you.

Then there's the fact that much of the next two Avatar movies will be filmed in New Zealand, a country that has become the unwitting symbol for another famous trilogy about mythical creatures. Indeed, if the forests of Pandora start to look frighteningly similar to the Shire, don't worry, it's probably not all in your head, both Lord of the Rings and Avatar will have been filmed in a country that could squeeze itself two and a half times inside of Texas.

Which leaves me wondering, are there any iconic movies James Cameron won't somehow evoke in the years leading up to the release of these movies? We shall just have to wait and see, but here's to hoping the next installment of Avatar only really evokes the first installment, because if I have to squeeze The Godfather, Atlantis, and Lord of the Rings movies into my brain at once, it might just explode.