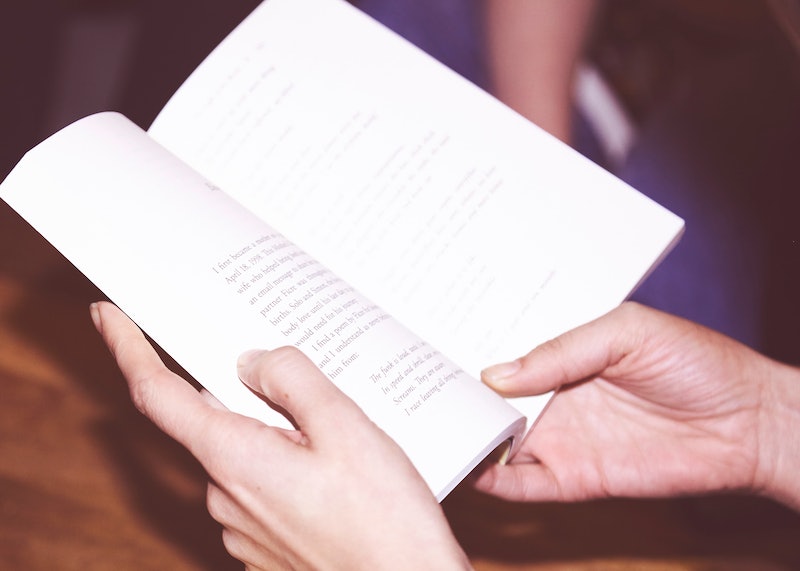 Give me just a moment while I pull on my crotchety old lady sweatpants and muster up my best “you kids get off my lawn” voice. OK, ready? I'm just gonna say it: where did all the YA books about literally nothing more than clothes, hair, sitting at home waiting for the phone to ring, and decorating your 10th grade locker with cat stickers go? And how about everyone’s parents — where did all the YA novel parents go? They’ve got to be somewhere, because not once did I hear about Katniss putting her bow and arrow aside and taking a break to do her own laundry, or make herself an old fashioned PB&J.

I'm not totally hating on all the fantasy and dystopian young adult fiction that readers just cannot seem to get enough of these days. After all, young adults are our future, and as such they must always feel prepared should they ever be called upon to save the universe with dragons, bows and arrows, and gravity-defying karate. But I also think today’s YA readers are savvy enough to be able to not only save the universe from the forces of darkness, but also worry about the fact that the phone is just not ringing. Heartbreak and uncooperative hair are still really important YA issues, even if you're tasked with saving the free world, IMO.

So, with that said, here are eight often forgotten YA novels that should totally make a comeback, if for no other reason than to remind you why you love all that dystopia so freakin' much.

The author who penned everyone’s beloved carrot-topped star of Anne of Green Gables also gave readers the lesser-known, but equally deserving of love, Emily of New Moon. Think of Emily Starr as the darker, more brooding, less emphatic Anne Shirley — though they both share the same vivid imagination. Emily is more preoccupied with achieving fame than Anne was, plus she has a number of dramatic near-death dramas, psychic experiences, and a handful more love affairs than sweet Anne.

Miranda Browne is your typical NYC gal who suddenly finds herself uprooted to suburban Massachusetts. If that weren't enough, the antique dollhouse she discovers in her family's new home appears to be haunted. When Miranda discovers that the dollhouse is replaying scenes from the home's real-life past, things become a little more eerie. Bonus feature: like every great YA novel, there's a cute boy living next door.

Mom, the Wolf Man, and Me by Norma Klein

Ah, good ol' 1972. The year that brought readers none other than the most touching of tales: Mom, the Wolf Man, and Me. Protagonist Brett's mother is a granola-munching, sacred-crystal-rubbing-type, single mother by choice who's dating a bearded wolfhound owner, aka: the Wolf Man. Brett is 12 going on 17, so, naturally, she weighs in.

I don't know what you were doing at 15, but I was sitting at home waiting for the phone to ring. (Because we didn't have cell phones back then, so in order to receive a phone call you were forced to stay home.) Jane Purdy, it seems, spent most of her time doing the same thing. This novel is everything you forgot YA could be. Clothes, boys, dates, and popular girls, plus a soda shop or two, because Judy was a teen in the 1950s.

This series of four YA fantasy novels read like The Princess Bride for teens aka they're full of adventure, and totally hilarious. Princess Cimorene is bored with the ins and outs of princesshood (as most feisty women would be), and decides to give it up, taking an entry-level position working for Kazul, a powerful lady-dragon. You'll love this take-charge heroine, and the story's light-hearted tone.

Daughters of Eve by Lois Duncan

This novel used to appear on a few banned books lists, probably because even though the four protagonists kind of have a point, they're also pretty scary. Daughters of Eve is a girls-only extracurricular club in a small, Michigan high school, sponsored by high school teacher and feminist, Irene Stark. Irene convinces the girls in the club that they and their mothers have been oppressed by all the men in their lives, and encourages them to even the score. Which they do, using ever-accelerating tactics until Daughters of Eve transforms from a after-school club into a vigilante organization.

OK, so maybe these books fall right on that border where children's literature morphs into YA, but I read The Bobbsey Twins series well into my teens, so as far as I'm concerned these mystery novels totally count. Plus some of them are out of print now, and I WANT THEM BACK. The series, first published in 1904, features two sets of fraternal twins, with the most 1904-reminiscent names ever: Burt, Nan, Flossie, and Freddie. Together, the twins solve mysteries, generally involving relatively non-valuable items that have gone missing.

If This Is Love, I'll Take Spaghetti by Ellen Conford

Even if this ISN'T love, I'll still take spaghetti, amirite? I'll pretty much always take spaghetti, whatever the circumstances. I'm sorry, but how could anyone ever resist a book with a title that so perfectly speaks to women everywhere? Sure, today we might prefer If This Is Love I'll Take Vegan, Gluten-Free Spaghetti, but regardless this book needs to make a serious comeback. This collection of short stories features a whole lotta teens who are unimpressed with their love lives — if you couldn't already tell. It's great.