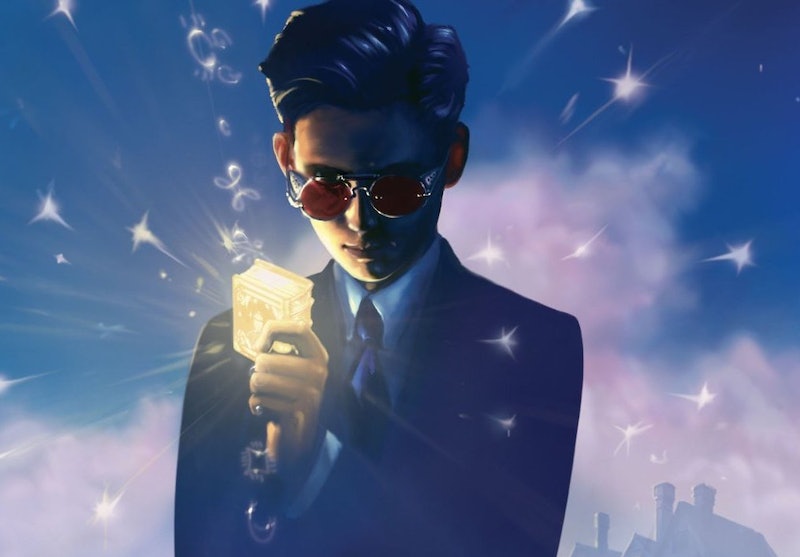 I guess the whole reason it's called "development hell" is the hellish uncertainty as to whether or not the movie in question will ever get out of it. The film adaptation of Artemis Fowl has been trapped in this particular hell for years, and fans of the now-finished children's book series have been forced to continue re-reading them if they wanted to remember all their favorite characters, because it was starting to seem like that movie would never get made. However, Kenneth Branagh will direct the Artemis Fowl movie, according to sources at Variety, which allegedly means the film is finally back in development at Disney. This news was confirmed by author Eoin Colfer himself on his Twitter on Wednesday, so I think we can safely rejoice over the fact that Artemis Fowl, Holly Short, Foaly, Butler, and Juliet are about to grace our screens... eventually.

In case you didn't know, Artemis Fowl tells the story of the titular 12-year-old Irish criminal mastermind, who is determined to restore his family's fortune after his father sinks all of it into a legitimate shipping venture that results in his ship being blown out of the water, his body never being recovered, and Artemis Fowl Sr. being presumed dead for years. How does Artemis Fowl Jr. plan to restore the fortune? Why, by extorting fairies out of their gold of course. Did I mention he's 12-years-old? Of course, that's exactly what makes him dangerous, because Artemis is child enough to still (accurately) believe in the existence of fairies but adult enough to come up with a thorough and incisive plan to steal their gold that will shake up his life and the lives of the fairies he crosses paths with. Again and again and again.

There are eight books in the series, along with a tie-in graphic novel and a companion novel of bonus stories, but the film adaptation was announced as far back as 2001 without ultimately coming to fruition. It's been a long hard wait for fans of the urban fantasy slash regular fantasy slash heist novel slash police procedural slash genre busting series, and now we've finally got a director, an executive producer, and a writer. Heck, we finally have some good news that development is moving forward on the film! That alone is a victory I was willing to run with. Now, maybe, we can finally move on to figuring out exactly how they're planning to portray the likes of Foaly (centaur), Mulch Diggums (dwarf who can literally un-hinge his jaw), or Opal Koboi (deranged, baby-lookin' pixie). You know, if we get as far as seeing Opal Koboi.

The possibilities are basically endless now that development on the film is finally going forward, and that's what excites me more than anything else. It might be too soon to start thinking about who we might want to see play the eponymous criminal genius himself, but one thing is for sure: Artemis Fowl has always had the potential to be a blockbuster franchise in the same vein as Harry Potter or The Hunger Games. No pressure or anything, Hollywood.

More like this
'Mayfair Witches' Already Changed 2 Major Characters From The Books
By Grace Wehniainen
Your Guide To Watching 'Everything Everywhere All At Once' In The UK
By El Hunt and Sophie McEvoy
Twitter Is Overjoyed By Angela Bassett’s Record-Making Oscar Nomination
By Maxine Harrison
Anne Hathaway Shared A "Thrilling" 'Princess Diaries 3' Update
By Darshita Goyal
Get Even More From Bustle — Sign Up For The Newsletter
From hair trends to relationship advice, our daily newsletter has everything you need to sound like a person who’s on TikTok, even if you aren’t.