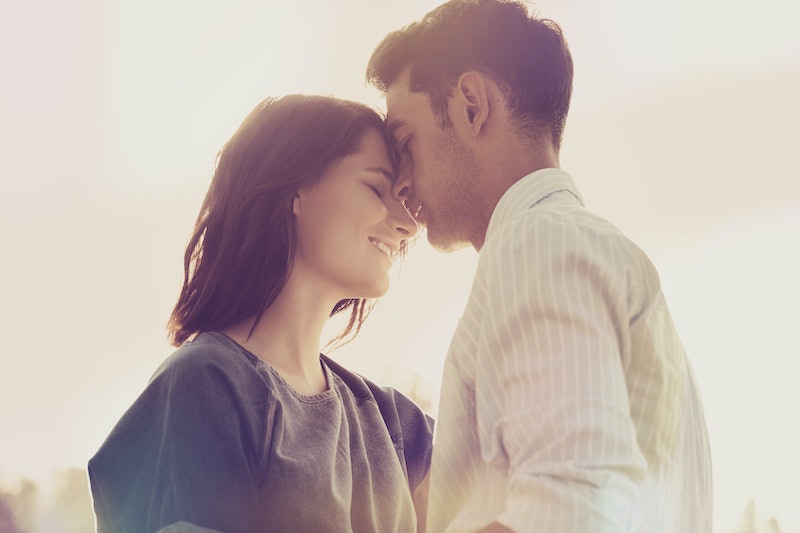 When you imagine your ideal partner you're probably thinking of some Brad Pitt or Mila Kunis-esque super-hot super-human, right? But when it actually gets down to the nitty gritty of it, and have to look out what we actually prioritize in a relationship, it turns out sex, or even chemistry, isn't the most important thing. Not by a long shot. But what are the most important factors in a relationship?

According to the Way We Are Now 2015 report which looked at 6,000 people, more than half of people hadn't gotten lucky in the last month. But that's not to say all these folks are single, says the report by Relationships Scotland, Relate and Marriage Care, there are just other things in relationship that those surveyed ranked as or (*gasp*) more important than getting lucky on the regular.

That being said, there were some who definitely prioritized a little quality bedroom time as the most important thing in a relationship but, but they were in the minority. "Less than a third of people rank sex life and ­physical attraction as the top factor in a relationship" according to the The Daily Record. So what I'm learning is most people are less shallow than I am. (I'm kidding! I'm... sort of kidding.)

Here were the top three priorities in relationships according to the survey:

So most people (70 percent) picked honesty as the most important aspect of a relationship. Which, as much as I love sex, maybe shouldn't come as a surprise. I mean, secrets are stressful and eat away at you, so it makes sense you would want to be able to be really open with your partner and have them do the same.

Being able to talk it out came in at number two (67 percent) — and the experts agreed. The surveyors stressed the importance of communication, according to The Daily Record, saying: “Relationships are often very resilient but they can be thrown into crisis by life events, such as the birth of a child or serious illness in the family. At times like these, ­communication is key and having professional support can make all the ­difference."

This may be a no-brainer, but it doesn't mean it's not important. Commitment was the third most popular choice (57 percent) as the most important factor in a relationship.

Alongside this, The Daily Record reported that "only 35 per cent of people said that they think that a relationship can survive an affair." If you don't think you can get over an affair, it's no surprise commitment is ranking highly.