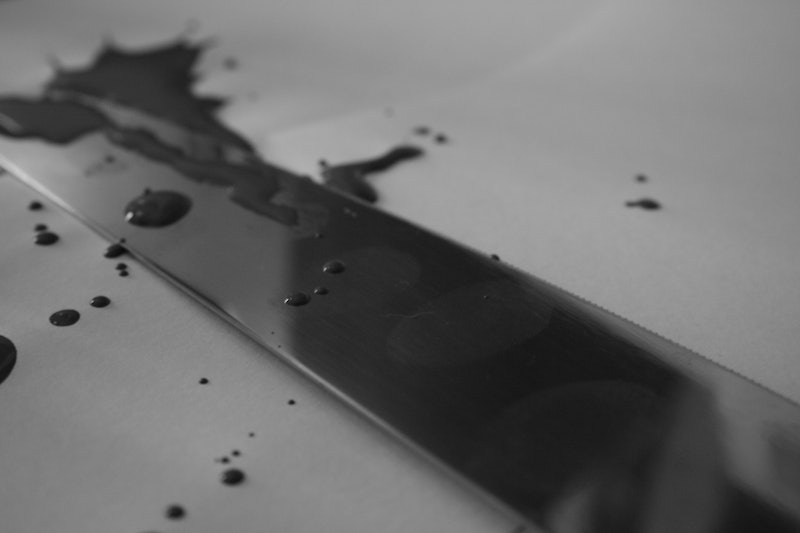 There's no doubt about it: We have a grotesque fascination with anything macabre. That's why serial killers are considered both horrendous and deeply fascinating. We can't help but want to learn more about these disturbed individuals — or at the very least, once they've caught our attention, we can't look away. But there are a crop of serial killers who stand out above the rest, thanks to the heinous and prolific nature of their crimes. They were so brutal and twisted that they will go down as the most terrifying serial killers in history. (I know that you want to know more.)

A "serial killer" is officially defined as someone who kills three or more people, but spread out over time. So claiming three victims all in one go does not earn you the title of a serial killer — that just makes you a spree slayer. (Look, please don't do any of this.) Serial killers are also often characterized by their seemingly normal facades which suggests them to be regular, law-abiding citizens — which contrasts sharply with the ghastly nature of their murders, adding fodder for our sick minds.

The behavior exhibited by serial killers range from the atrocious (sexually assaulting victims before killing them) to the nightmarish (cannibalizing victims' bodies) to the absolutely unimaginable (doing all of that in a clown suit). Prepare to feel tingles in your spine, but don't even bother trying to look away. Here are 13 of the most terrifying serial killers in history.

I know you haven't forgotten that clown image, and you likely never will. The man behind that story is John Wayne Gacy, who was known as "The Killer Clown." A husband and father, Gacy was first arrested after being caught sexually assaulting two teenage boys in 1968, and was sentenced to 10 years in jail. But because he behaved behind bars, he was released after only 18 months, proving that the U.S. legal and criminal system was severely lacking at the time.

After he was released, Gacy became a popular member of his community as Pogo the Clown, and regularly visited children's parties and events. Had he reformed? Not a chance. Over the next six years, he would kidnap, rape, torture, and brutally murder 33 boys. He received the death penalty for his crimes in 1994, but he probably should have never left jail the first time.

Jeffrey Dahmer's name is pretty much synonymous with cannibalism. The killer is notorious for dismembering and eating his victims after killing them. Oh, and he was also reportedly a necrophiliac. As if hearing about Dahmer's activities wasn't scary enough, they had to go and make a movie about him starring a creepy and convincing Jeremy Renner. The film even depicted how Dahmer would drill a hole in his victims' heads to try and create zombie-like sex slaves out of them — something that can't be unseen.

In the late 19th century, an unidentified serial killer stalked London, gruesomely killing female prostitutes by slitting their throats and abdomens — often taking their internal organs. Someone trying to claim credit for the murders called himself "Jack the Ripper" in a letter, and the name has stuck ever since. I mean, it is pretty fitting.

Ted Bundy perfectly fits the profile of the normal (even good-looking) guy who moonlights as a sadist. Between 1974 and 1978, Bundy kidnapped and murdered at least 30 women (those were just the ones he confessed to, or who police found). The clever and cruel Bundy would pretend to be disabled or an authority figure to lure unsuspecting victims into his trap. He would then rape, torture, kill, and dismember them. Just because you're evil and murderous doesn't mean you can't be sentimental — Bundy kept the severed heads of his victims as keepsakes.

Arguably the most well-known female serial killer of all time, Wuornos killed at least seven men when she was working as a prostitute between 1989 and 1990. Wuornos gained even more infamy when Charlize Theron completely transformed herself to portray her in the 2003 film Monster — a role that won her the Best Actress Oscar. The film came out one year after Wuornos was executed via lethal injection.

Another product of a flawed criminal justice system, Henry Lee Lucas was released from prison after killing his own mother due to overcrowding. He would then go on to kill at least 350 people over 20 years, though he claims to have been involved in roughly 600 murders.

Though Ed Gein's victim count is pretty low compared to some of the other people on this list — he was only found guilty of two murders — the absolutely sick nature of his crimes make him one of the most notorious serial killers in history. After his mother died, Gein began digging up women who resembled her from the cemetery and fashioning together a suit out of their skins. Later on, police discovered a veritable museum of body parts in his home, featuring furniture upholstered with human flesh, skull bowls, and even a belt made of human nipples.

Gein is said to have inspired three very notorious fictional characters: Norman Bates of Psycho, Buffalo Bill of The Silence of the Lambs, and Leatherface of The Texas Chainsaw Massacre.

Andrei Chikatilo was born in Ukraine, but would become known as the "Butcher of Rostov" after being found guilty of killing at least 52 women and children between 1978 and 1990. He later revealed in an interview that he could only experience sexual satisfaction when stabbing a woman or child, which he discovered with his first documented victim — a nine-year-old girl.

Known as the "Green River Killer," Gary Ridgway was convicted of 49 murders, making him the most prolific American serial killer (based on confirmed killings). In the 1980s and 1990s, Ridgway would lure women and girls close by showing them a picture of his son, and then strangle them, before throwing their bodies into the Green River in Washington state.

Colombian-born Pedro Lopez was accused of raping and killing more than 300 girls throughout South America (in Colombia, Peru, and Ecuador), which earned him the nickname "Monster of the Andes." In 1980, Lopez led police to the grave of 59 of his victims, who were all girls between the ages of nine and 12. Yet somehow, he was released from a psychiatric hospital in 1998 on good behavior, and he remains at large to this day. Terrific.

Better known as the "Son of Sam," Berkowitz terrorized New York City from the summer of 1976 to the summer of 1977, killing six people and wounding seven others with a .44 caliber revolver. After his shootings, he would send letters to the police, taunting them and promising more victims. When he was finally caught and indicted on eight shootings, Berkowitz claimed that he was obeying orders from his neighbor Sam's dog, Harvey, which he said was a demon.

Another fan of sending mocking notes to law enforcement was Dennis Rader, who killed at least 10 people between 1974 and 1991 in and around Wichita, Kansas. Known as the "BTK (Bind, Torture, and Kill) Killer," Rader led police to his own capture by sending them a floppy disk that contained crucial evidence. Unfortunately, Rader's campaign for notoriety worked, since we're still talking about him to this day.

If your stomach hasn't turned yet, then it will now with Richard Trenton Chase's story. Known as the "Vampire of Sacramento," Chase began by drinking the blood of small animals, like rabbits and birds — sometimes blending their organs with Coca-Cola to make a totally disgusting concoction.

After being released from a mental institution, Chase moved on to human targets. He engaged in both necrophilia and cannibalism with his victims, often dismembering them and drinking their blood. Over the course of one month in 1977, Chase killed six people in California, and was caught when he murdered an entire family in 1979. Later that year, Chase was sentenced to death, but beat the system by committing suicide in his cell a year later.