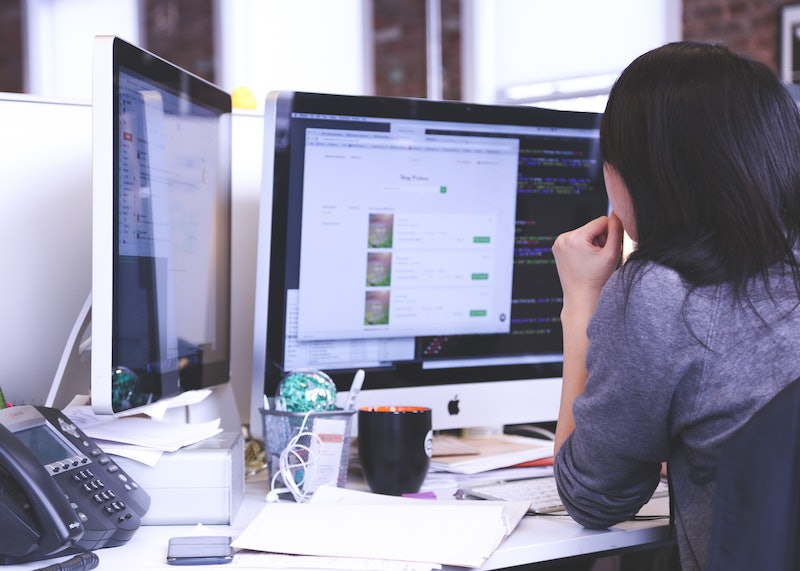 Sexism comes in many forms, but all of them are unfair — and it seems they are also all harmful. New research has found that low-intensity sexism is still just as damaging as its more overt cousins, at least in the workplace. I recommend using it as an excellent response to people who tell you that you are "overreacting" or "making something out of nothing" or "need to relax." Science says otherwise.

In the study, researchers at the University of Melbourne looked at 88 independent studies involving over 73,000 working women and found that even seemingly small acts of sexism could have a huge impact, especially if they were pervasive. The study found that sexism and sexual harassment in the workplace had just as much of a negative impact on a woman's work attitudes and health as things like poor working conditions or being overworked. And this was true even in cases involving "low-intensity" sexism.

"Norms, leadership, or policies, that reduce intense harmful experiences may lead managers to believe that they have solved the problem of maltreatment of women in the workplace," the authors write in the study. "However, the more frequent, less intense, and often unchallenged gender harassment, sexist discrimination, sexist organizational climate and organizational tolerance for sexual harassment appeared at least as detrimental for women's wellbeing."

They added that these practices "should not be considered lesser forms of sexism."

Though there are some aspects of their findings that the authors note do require further investigation, such as the seeming correlation between male-dominated workplaces and increased sexism, they do think the findings suggest that companies should take a "zero tolerance" approach to low-intensity sexism, just like they do for overt harassment. "This will require teaching workers about the harmful nature of low-intensity sexist events, not only for women, but also for the overall organizational climate," they explain. And it sounds like a good idea.

The thing about small acts of sexism and sexual harassment — things like sexist jokes, comments about women's clothes, or talking about women's looks — is that it sends a message to the women working in that environment that they are outsiders, different, or "other." And even when the sexism itself is subtle, its message is still received just the same. Such actions might seem harmless in the moment, but they stand in the way of true equality for women in the workplace, particularly if a company or organization overlooks them or doesn't consider them to be anything to worry about.

Sexism is always wrong, whether it's subtle or overt, and now it seems we have plenty of evidence to show that it is also always harmful. So women who complain about it aren't making "a big deal out of nothing," and we don't "need to calm down." Rather, workplaces need to get better.