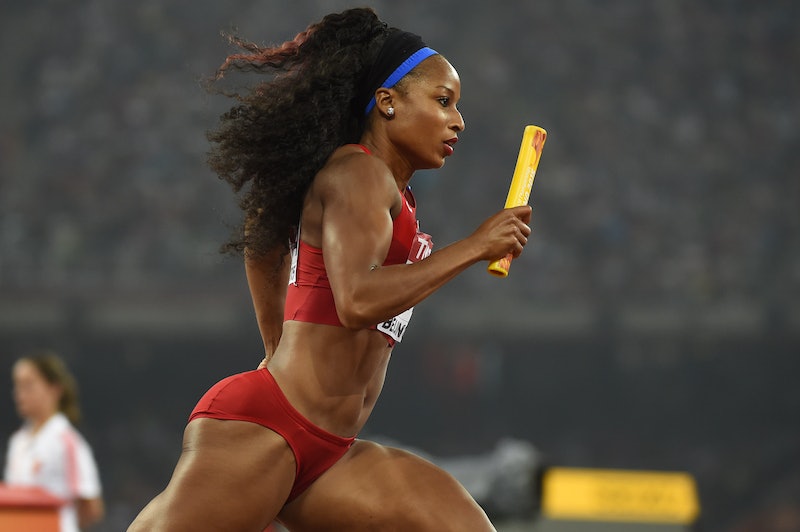 Runners will often tell you how unbelievably amazing running is and how it makes you feel so happy and upbeat — and unfortunately (for non-runners and/or Debbie Downers, at least) science says that those cheerful runners are probably right. Scientists think they have discovered another component of runners' happiness, which is a hormone called leptin. And even though the study was conducted on mice, researchers think it also applies to humans.

You've probably heard the term "runner's high," which refers to the rush of endorphins that running can trigger in the brain, thus making a person feel happy. But it turns out that endorphins aren't the only thing causing that feeling. It's also due to dopamine, which running can produce thanks to the hormone leptin.

Leptin is a hormone associated with satiety. Researchers are still studying it, but its job seems to be to regulate energy balance and encourage things that are good for your metabolism. It essentially tells your body when you don't need to eat or exercise anymore. Researchers at University of Montreal found that mice who have been genetically modified to have fewer receptors that react to leptin voluntarily run much farther than those who haven't.

Being in motion, however, can cause leptin levels to fall naturally, which then allows the body's production of dopamine to continue unimpeded. Which accounts for some of the runner's high.

So basically, all those evangelists for the wonder and beauty of running might be annoying, but they now have even more science on their side. After all, dopamine is a seriously powerful chemical, one key to everything from love to lust to addiction. The fact that dopamine might also be a big component of "runners' high" just reinforces how powerful it is.

So does this mean you have to agree to go running with your marathon-running friend? Not really; there are other ways to make yourself happy via the wonders of dopamine (some more recommended than others). But it does mean that running isn't just good exercise. It's also even better for your emotional state that scientists previously realized.

So if you're already a runner, congratulations!