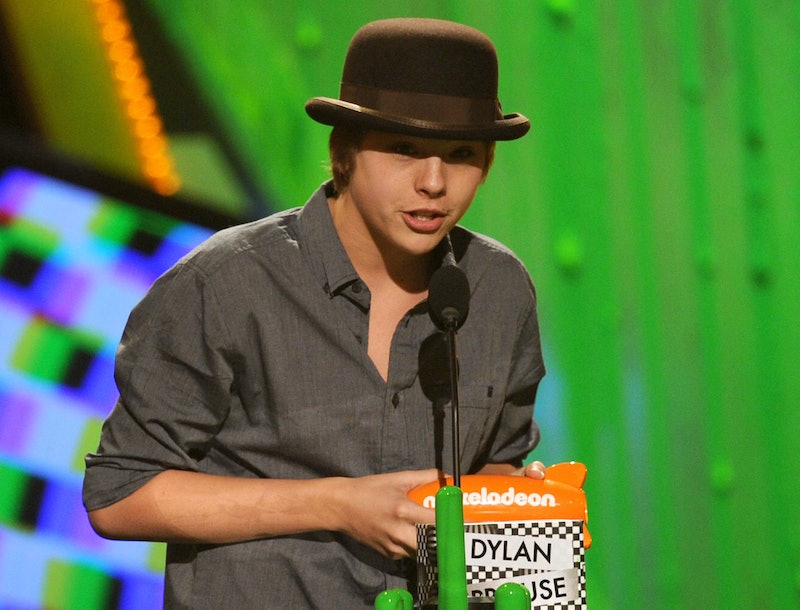 The Internet got a bit of a shock Sunday night when nude photos of former Disney star Dylan Sprouse started making the rounds. Well now Sprouse has taken to the Internet not just through Twitter jokes to address those very same pictures. And we should probably listen to what he has to say.

Sprouse wrote a post — what could be called an open letter but what should really just be called a post — on his Tumblr Monday afternoon.

First off, I will state that the reason I’m making light of the situation is because I don’t think what I did was wrong. To be blunt, I was proud of my progress in the gym, thought I looked hot, and wanted to share it. I’m of the mindset that whoever you are, if you are proud of your body and want to show it off, so be it! You do you.

And on the idea that it was all a ruse to raise his post-Disney profile:

It seems to me that the majority of people are actually praising this act as some sort of device to receive fame (or infamy). Why? I have no clue, I don’t entirely condone it though. I’ll make it clear my intent was for this not to happen, and how it has affected me so positively is an enigma to me that rings true of the human condition. Maybe people just like to see others mess up?

And what he wrote about how the photos got out? It's notable:

The real problem here was not me sending my pictures to someone, but rather, sending them to the WRONG someone. The real travesty is a misplaced trust, and while I am certainly to blame for it, it is a shame that my private life was somehow forcibly dragged into the public’s perception of me.

If Sprouse were a woman, right now there'd be at least five think pieces surrounding how unethical it was to release nude photos of a person without their permission. And, yes, gender does make a difference, in that there's a far larger history of women being exploited in this way than of men. But, similar to when Justin Bieber was filmed sleeping, the gender of the subject of the video or photo does not change the fact that this was an invasion, pure and simple.

And, man or woman, what Sprouse said should really be our go-to reaction whenever a nude photo of a celebrity pops up. If another Vanessa Hudgens nude "scandal" happens, the first thing we should ask ourselves isn't, "Is this a PR move?" The first thing we ask ourselves should be, "Is the spreading of these photos exploitation?" Because, often, the answer is yes.

Taking a nude photo is not a crime. In fact, within relationships it is incredibly common. Sending those photos to someone you trust is not something that should taint anybody's view of another human. Even one who used to work for the Disney channel.

Sprouse mentions that he finds himself partially "to blame" for these pictures getting out, but I beg to disagree: The responsibility of that lands solely on the person who leaked those photos. Trust was breached.

Vanessa Hudgens, Scarlett Johansson, Christina Hendricks, Blake Lively, Vanessa Williams — all had nude photos leaked, either by ex-lovers or by hackers. All are cases of those women's bodies being exploited and spread around without their permission. Sprouse's body may not be a woman's body, but the person who leaked those photos was still partaking in an act of exploitation.

The situation of the picture-taking shouldn't matter, because (excepting cases of further exploitation), it was their choice to take those photos and share them with whomever they pleased. It was not, however, their choice for the world to see them.

It's notable that the way the press is talking about Sprouse's photos is very different than the way they talked about the women mentioned above. For him it's a (perceived) "claim to fame," for them it's a fall from grace.

Regardless, what Dylan Sprouse wrote today should be remembered the next time a leaked nude photo makes the rounds. It's full of good points that we need to remember.