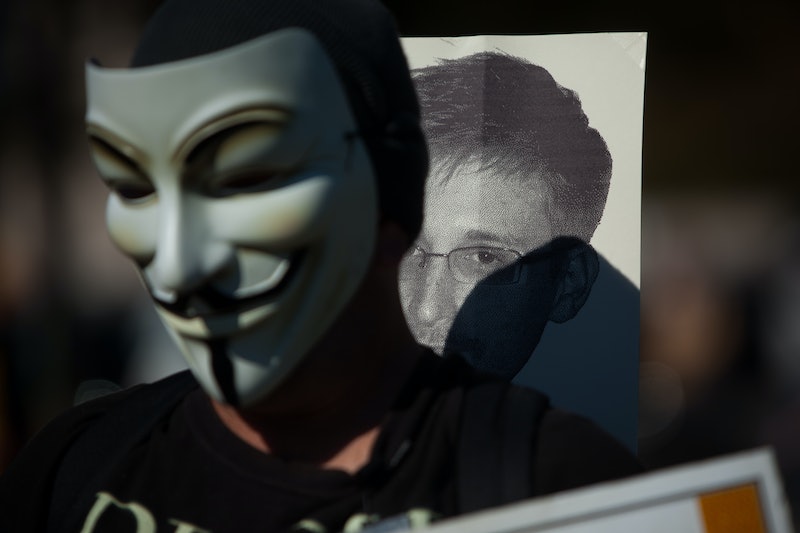 Looks like the National Security Administration might have some 'splainin' to do after all: U.S. District Judge Richard Leon ruled Monday that the NSA's surveillance of American's phone calls (as in, to, from, or within the U.S.) is likely unconstitutional — paving the way for a potentially successful legal challenge to the agency's surveillance program. As part of the ruling, Leon issued a primary injunction against the agency, and suspended the Justice Department from appealing the ruling. The next step could be a Supreme Court hearing — something Leon opened the gates for with his decision.

“I cannot imagine a more ‘indiscriminate’ and ‘arbitrary invasion’ than this systematic and high-tech collection and retention of personal data on virtually every single citizen for purposes of querying it and analyzing it without judicial approval,” Leon wrote. BOOM.

The case, brought by conservative activist Larry Klayman, is the first recent major legal challenge to the NSA's program (lawsuits have taken place for the past seven years, but all were approved by judges on the Foreign Intelligence Surveillance Court).

On the defense bench, Justice Department lawyer James Gilligan (whom we should probably feel sorry for but don't) argued that Klayman didn't have a leg to stand on because he couldn't prove the NSA had monitored his personal communications. Other similar court cases had also gotten away with a 1979 precedent set by Smith v. Maryland, which said police didn't need a search warrant to install a piece of machinery that would record who called whom on phone lines.

“The ubiquity of phones has dramatically altered the quantity of information that is now available and, more importantly, what that information can tell the Government about people’s lives,” Leon wrote in his statement. “I cannot possibly navigate these uncharted Fourth Amendment waters using as my North Star a case that predates the rise of cell phones.”

Leon also suggested that, essentially, the NSA has largely been a massive fail when it comes to preventing terrorism.

“I have significant doubts about the efficacy of the metadata collection program as a means of conducting time-sensitive investigations in cases involving imminent threats of terrorism,” Leon wrote. “The government does not cite a single instance in which analysis of the NSA’s bulk metadata collection actually stopped an imminent attack, or otherwise aided the Government in achieving any objective that was time-sensitive in nature.”

The ruling came just one day after what was essentially an NSA puff piece on 60 Minutes Sunday night. The journalist putting together the segment, John Miller, had even formerly worked for the NSA (as he revealed in a disclosure statement, but really?). The NSA's director-general, Keith Alexander, even invited the crew in for a jolly good time at its offices before spewing on about how the NSA was only doing foreign intel. OK, SURE. Too bad no one from the non-NSA side was given a chance to speak.