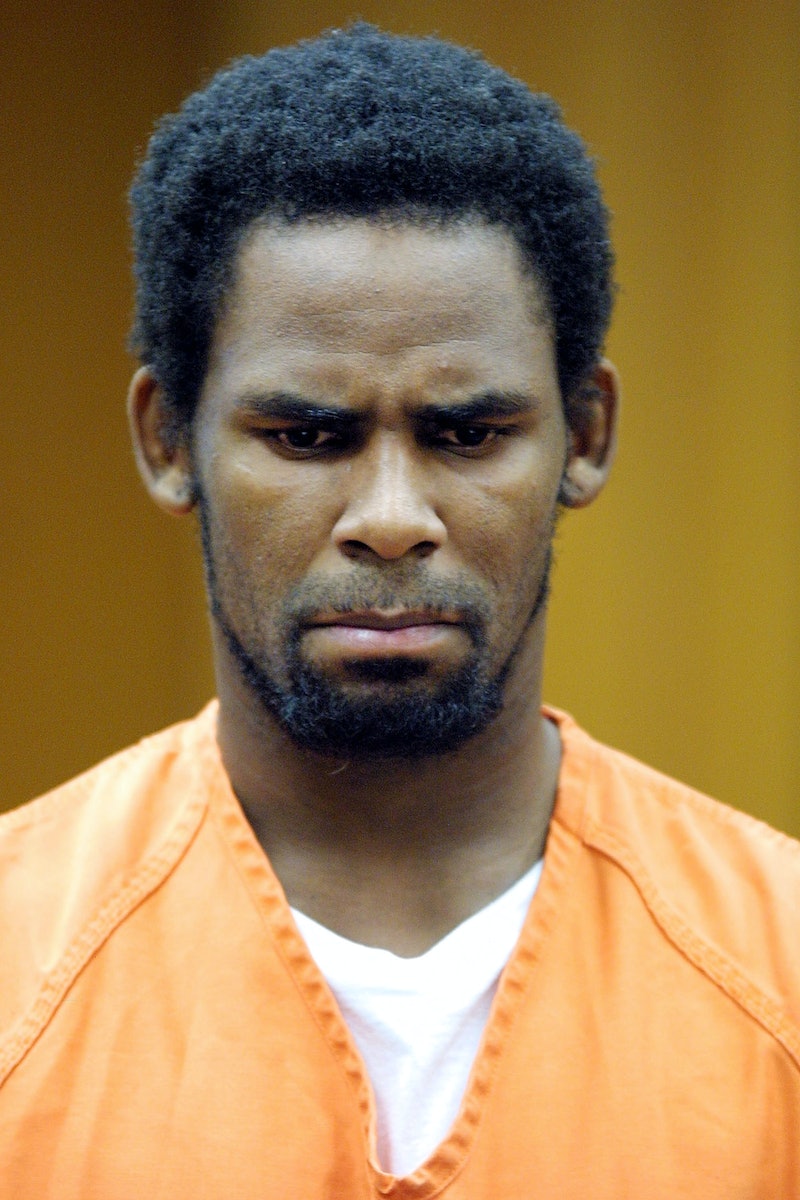 It has been 15 years since R. Kelly’s infamous sex tapes and pedophilia charges were released, and the case was broken open by Jim DeRogatis at the Chicago Sun-Times. Most of us were just about the age, or younger, of Kelly’s victims when these criminal acts were taken to court. “I remember the girl was 14 and he peed on her,” or “he married Aaliyah when she was underaged,” seems to be as far as most can recall. It was a "controversy" and he was acquitted. The whole thing happened when The Chicago Sun-Times wasn’t yet available on an iPad and everything in the world wasn’t on Google, so the story faded off into the distance. Until now. DeRogatis, now a Professor at Columbia College, recently sat down with Jessica Hopper at The Village Voice and revealed some deeply upsetting facts about the case, the aftermath, the responsibility of the industry, and how the public has allowed R. Kelly a “pass.”

The 15-year-old case has been getting fresh attention as of late because of a string of complaints against Pitchfork, who had Kelly as their headliner for the Pitchfork Music Festival, and the recent release of the aggressively and grotesquely sexual album, Black Panties.

Kelly is a strange phenomenon in our current culture — news of Chris Brown does not break without some reference to his history of violence towards women, nor should it. And yet, much of Kelly’s recent body of work has been praised by critics or oddly propagated by young white people. You can see his lyrics jokingly re-purposed as “inspirational” quotes or chuckle to Benedict Cumberbatch reading his lyrics in his posh accent. I’m sure there’s a Trapped in the Closet drinking game out there. R. Kelly is humorous.

I sincerely doubt, though, that any of R. Kelly’s young victims and their families would find anything the man does remotely bearable, let alone entertaining. And understandably, there has been an outcry since the Pitchfork festival and the new album — people asking if listeners of his music have forgotten his sins. According to DeRogatis, we have. And the light he sheds on our society and the safety of women, especially of young black women, is alarming.

There are also a great deal of facts about the history of the case, the charges, and R. Kelly’s history that have been swept under the rug for far too long. For example: did you know R. Kelly was never once tried in court for rape even though there were dozens of reports made by victims? Did you know some of his victims attempted suicide? Did you know more than 40 people testified in court to support the accusations made by the 14-year-old girl in the first sex tape? How about the fact that R. Kelly used to wait in a high school parking lot for young girls coming out of choir practice? It’s a lot to stomach, I know.

I highly recommend everyone take the time to read through the entire interview with DeRogatis. From his point of view, it seems as though the victims and their families have long been forgotten, and that our culture, along with the justice system have let a criminal go. Yes, he was acquitted of child pornography, but never tried for rape. And we can only hope that with this new interview, the case and the conversation will be re-opened. Here are Bustle’s selection of the most thought-provoking questions, statements, and allegations from the interview:

"The saddest fact I've learned is nobody matters less to our society than young black women. Nobody." —Jim DeRogatis

As I read through the interview, the gut-wrenching and horrific tales of young women being raped, forced into sexually degrading situations, being intimidated, having abortions paid for, and having their lives ruined by R. Kelly, I was overwhelmed by how little it seems was actually brought to public attention. There were dozens of girls who came forward with lawsuits, and they were all silenced.

"It was a horrible day and a horrible couple of weeks when he was acquitted. The women I heard from who I'd interviewed, women I'd never interviewed who said, 'I didn't come forward, I never spoke to you before, I wish I had now that son of a bitch got off.' ...I'm saying this was a huge story. Where was everybody else?" —Jim DeRogatis

The fact of the matter is, there are still many stones left unturned on this case. DeRogatis later brings up the nature of rape crimes and how little are reported, let alone brought to court, and then have a convicted felon as a result. The records of this case are all on public record and yet no one is really touching them. He may have been acquitted, but his victims have not forgotten.

On Society, Culture, and the Industry

"Songs like 'Sexasaurus' kind of makes it novel. The ironic, jokey Trapped in the Closet series airs on the Independent Film Channel and features Will Oldham -- that has these other hallmarks of 'art' that read to a white, hipster, indie-rock audience, then, because we are not taking certain things seriously, we can choose not to take the lives of these young black women seriously." —Jessica Hopper

Here, I think, lies the problematic undercurrent of R. Kelly's public "approval." DeRogatis brings up the fact that a lot of art comes from "despicable" people, but their art rarely reflects that. Except in the case of Kelly, who, after being tried for child pornography, still makes sexually explicit and disturbing material. It's a horror to think that the very fact he committed such atrocious acts are reason for fans to find and like his work. And so, by "forgetting" these crimes and the victims and by making light of, or buying into, or asking that he perform as a headliner for a major music festival by a trusted source, well, we are also to blame.

More like this
Spice Girls’ Net Worth: The Richest Member Is Wealthier Than The Rest Combined
By Hugh McIntyre
Manchester Arena Attack 5 Year Anniversary
By Ella Glover
How To Fight For Reproductive Rights, Based On How Much Time You Have
By Courtney Young
Harry Styles Called For "Backlash" In Powerful Statement On Abortion Rights
By El Hunt
Get Even More From Bustle — Sign Up For The Newsletter