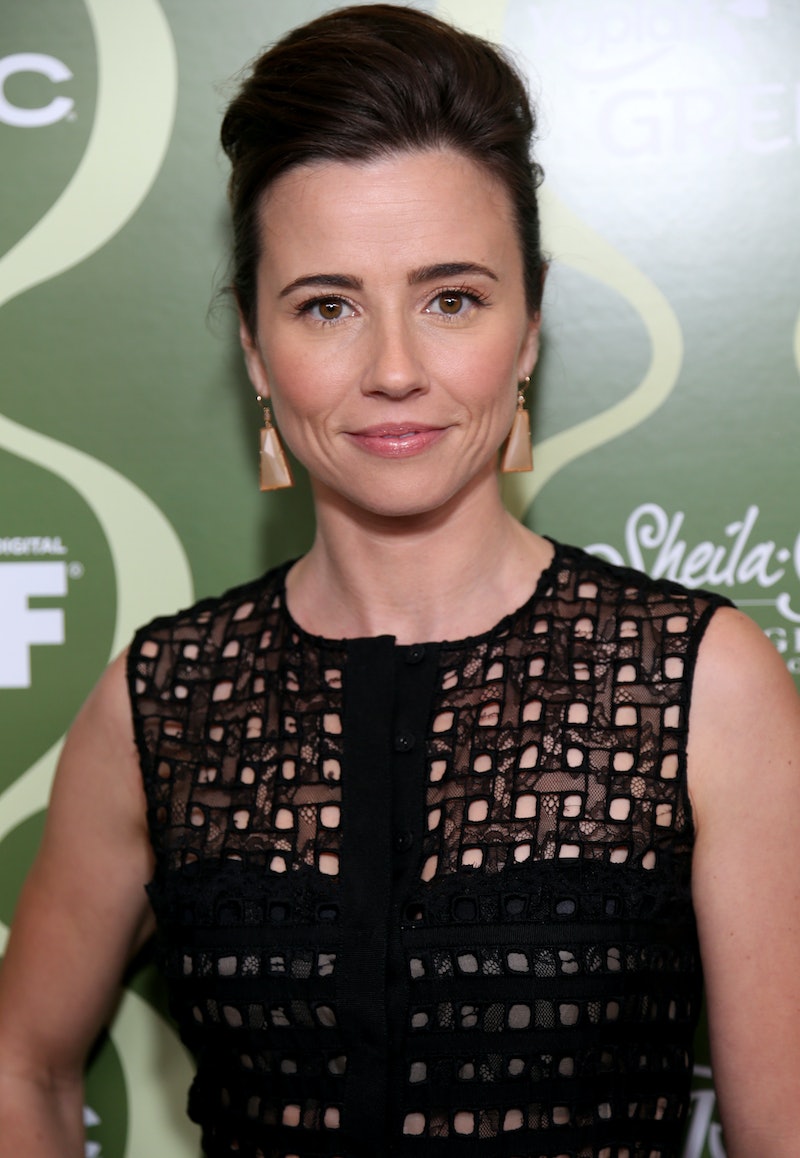 My TV-loving brain can't take this great news: Linda Cardellini will be on New Girl. For multiple episodes. According to The Hollywood Reporter, Cardellini will play Jess's sister Abby. As if Rob Reiner, Taye Diggs, Jamie Lee Curtis, and Prince weren't magical enough, now we get Linda Cardellini. This show rules. I enjoyed Cardellini as Sylvia Rosen on Mad Men (she was so. Dang. Good), but I'm stoked to see her in a comedy again. Cardellini was great as Lindsay Weir on Freaks & Geeks, and I cannot wait to see what she brings to the New Girl loft.

The casting choice feels so RIGHT. Yes, both ladies are pretty brunettes with great comedic timing, but what takes it to another level? The Jess Day/Lindsay Weir crossover that's happening in my brain. I'm so amped that these two geeky adorkable freaks will be sharing screen time. No, no, no! Wait! I'm not calling anyone names. Cardellini used to be a Geek who wanted to be a Freak, and Deschanel's Jess is an "adorkable" lady. See what I did? Oh hold up. I'm not suggesting Lindsay and Jess are alike/one in the same. They are not alike. Both characters are strange in their own amazing way. A pair o' unique weirdos. Moreover, I know that Abby will not be Lindsay Weir. I get that. And all of it is cool by me.

But what would it be like if Lindsay Weir was Jess Day's big sis? Humor me for a moment.

Lindsay's totally into it:

I predict that the Abby and Jess scenes will be delightfully GIF-able. How could they not be? Deschanel and Cardellini are so perfect.