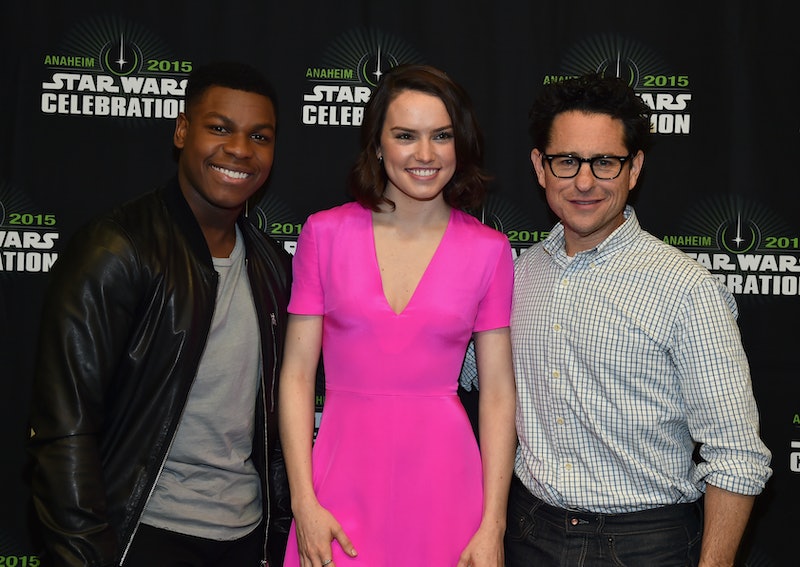 May the force be with you! That's exactly what's going through the minds of die-hard Star Wars fans this Friday. Why? Well, if you didn't know, it's Force Friday, aka one of the biggest days of the year for those who are more than ready for Star Wars: The Force Awakens to be released. On Friday, fans gathered (think Black Friday-style) to purchase toys inspired by the characters and moments from the seventh feature Star Wars film, which will premiere on Dec. 18, 2015. Like the fans, many of the actors from the movie are participating in the special event. For example, John Boyega and Daisy Ridley celebrated Force Friday by hanging with fans and checking out the toys themselves.

I think it's safe to say that Ridley (she plays Rey) and Boyega (he plays Finn) make the perfect Star Wars additions. As you can see below, both took to social media to share their Force Friday moments. Not only did they take photos with fans, but they signed autographs and freaked out over the fact that there are toys of their characters. I don't know about you, but I'd like to have an action figure of myself! Probably one of the most meaningful moments is when Boyega signed his action figure for his dad. Can you say adorable?

Check out Boyega and Ridley in action.

And the sweetest moment: