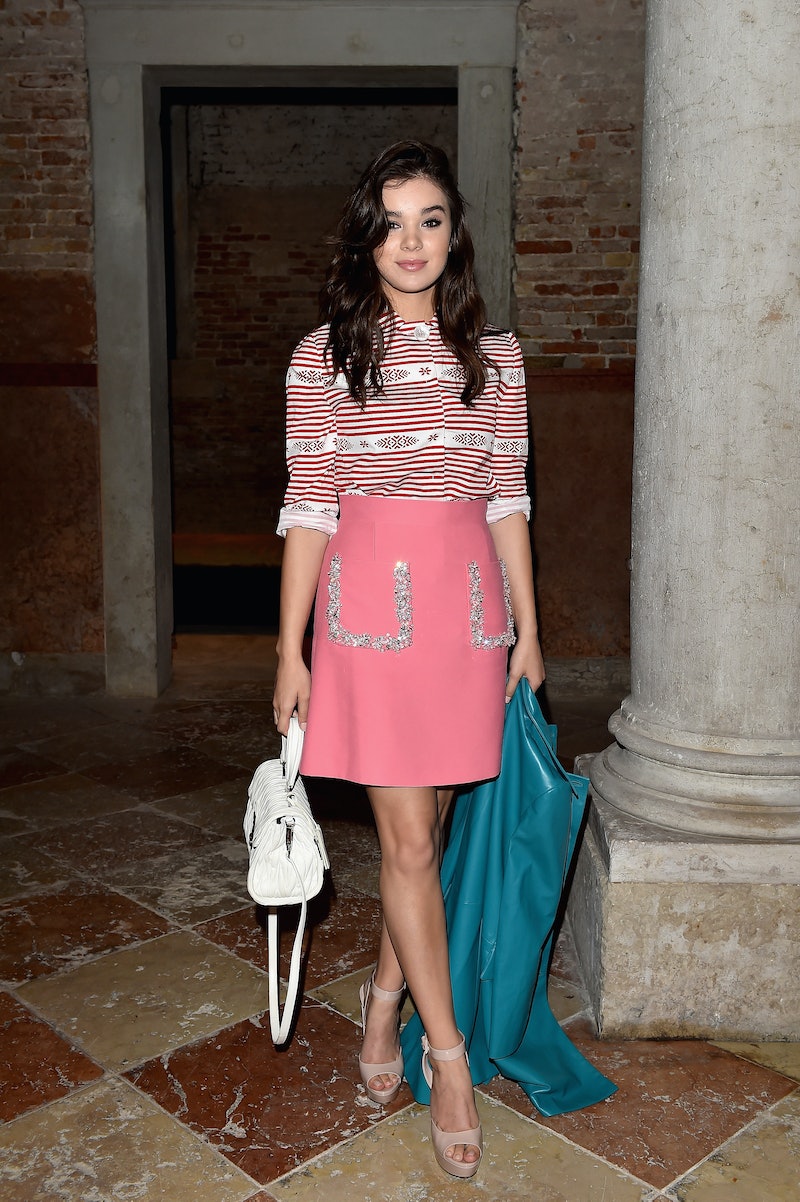 How does a dinner and film screening with a group of the most talented and fashionable young actresses sound? Well, that dreamy setup was a reality at Miu Miu's Women's Tales party and screening at the Venice Film Festival on Aug. 5. Hailee Steinfeld, Ashley Benson, Dakota Johnson, and Sia were among the label's guests for this feminist-vibes celebration of women, fashion, and film.

The Women's Tales series, which typically showcases emerging women directors, debuted its first four films in 2012 and has been releasing new ones each year at the festival in Venice. Past director collaborations have included a few people you might have heard of. Do either Miranda July or, I don't know, Ava DuVernay ring any bells?

The legendary Agnes Varda — who has been called the grandmother of the Nouvelle Vague film movement — also debuted a film at this year's festival called Les Tres Boutons. The fantastical and magical movie, dubbed an "anti-fairytale" by Miu Miu, captures the clash between a farm girl's life making goat cheese in the bucolic countryside and her haute couture dreams.

It makes sense, of course, that the event's famous and fashionable attendees would show up to celebrate the film in the most appropriately chic way. Here are the five best looks of the night.

Turning her signature hair into a fascinator and wearing a simple, sublimely slouchy frock was the perfect balance of effortless and show-stopping.

This outfit's mixture of texture, pattern, color, and shape has so much going on, yet is so perfectly put together.

With curls and lips like that, an effortless black dress and Mary Jane heels give Garner's style a perfect mysterious and demure look.

You can watch the latest installment in the Women's Tales series for yourself below. If you eat your Seamless brunch in your cutest nightgown, it'll sorta be like you were there, right?