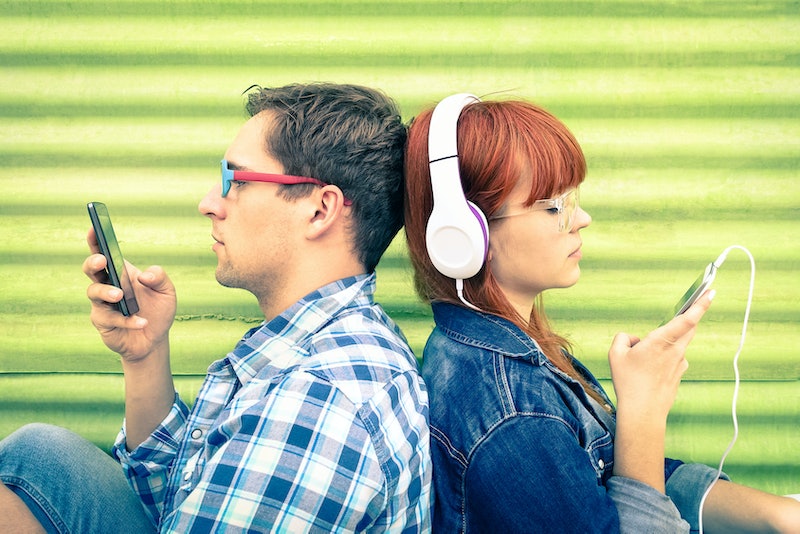 Given how much time many of us spend on our phones, it stands to reason that there would exist an increasingly huge set of data generated by all our taps and swipes. Sure enough, mobile specialists at Telefonica Research in Spain have created an algorithm so that your smartphone can tell when you're bored. This project, via Hello Giggles, suggests new frontiers in mobile computing that have yet to be tapped, but that will soon keep you from ever feeling bored again!

The boredom detection algorithm takes into account smartphone usage factors like the time of day and how many texts you're receiving to make a judgment as to whether you're out and about, or lingering somewhere, bored. After the algorithm was developed on the basis of data from smartphone users, it was able to detect boredom accurately in separate experimental participants 83 percent of the time (during a trial period, when the participants also self-rated boredom for comparison purposes). The participants who were rated by the algorithm as bored were more likely to click on a Buzzfeed link sent their way, too.

I'm really of two minds here. On the one hand, boredom sucks, so this is great. I'd love to break out of the cycle of checking Facebook, Twitter, and Instagram endlessly when I know I've got tons of other apps I could be using, and things queued up to read. But while your phone can tell if you're acting bored, it can't be privy to the real nuances of human emotion. Maybe you act like you're bored when you're fiddling with your phone procrastinating before bed. An algorithm could serve up some stimulating activity at that time — but what you really need is sleep, not entertainment. Or maybe your phone will think you're bored when you're clicking through apps on the bus when what you really want to do is read that book in your bag.

One researcher goes so far as to suggest that this algorithm could be used to combat depression, because there's a link between boredom and depression. But it's also possible that sometimes the depression comes first, and then it ruins your enjoyment of things, causing you to feel more bored. No amount of well-timed listicles will solve that mental health problem.

Instead, it would be great if the algorithm were modifiable so that you could have the phone guide you toward, say, your Evernote app where you keep a journal, or your friends' and family's text conversations where you make plans with them. And anyways, for healthy people, a little boredom is good for your creativity. No technology is totally neutral after all, even if it claims to do something so obviously good as busting your boredom.

More like this
This TikTok Trend Wants You To Be Nicer To Your Inner Child
By Courtney Young
15 Years Of The iPhone, In Pictures
By Emma Carey
How to Delete (or Pause) Your Hinge Account
By Emma Carey
How To Protect Your Digital Privacy If You Need An Abortion Post-Roe
By Kaitlyn Wylde
Get Even More From Bustle — Sign Up For The Newsletter