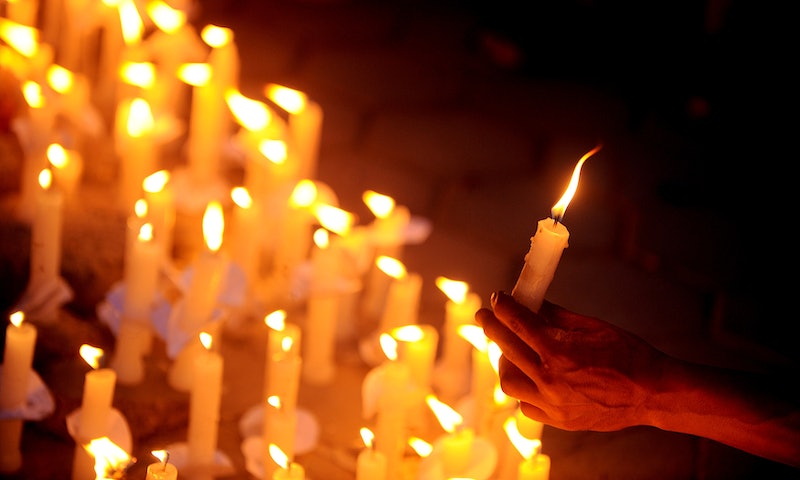 On Monday, Nepalese authorities announced that a 25-year-old American woman living in Nepal had been murdered by her host, a local teacher named Narayan Paudel. Kaski District Police superintendent Hari Bahadur Pal told reporters that Dahlia Yehia, who had traveled to the country to volunteer in the aftermath of the region's devastating 7.8 magnitude earthquake this past April, had been bludgeoned and dumped into a nearby river. He stated that they had not yet recovered her body.

Yehia, an Egyptian American art teacher, first arrived in Pokhara on July 20, and was reported missing by Trekking Agencies Association Nepal (TAAN) on Aug. 6. Authorities confirmed that she had been living under the same roof as Paudel, whom she had met through a couch-surfing website meant to connect travelers with locals willing to host them for free. Paudel turned himself in this week and confessed to the killing, but gave no motive for the attack. On a Facebook group called "Find Dahlia," Yehia's relatives confirmed the news.

"Recently, we received word from the U.S. Embassy that Dahlia's life has been taken from us," they wrote on Friday. "We are devastated by this senseless loss of a beautiful life." The group added that details were scarce and urged followers to respect the family's privacy.

Yehia was a graduate of Kalamazoo College who had been living in Austin, Texas, teaching art to students at local secondary school Sci-Tech Preparatory. Her former colleagues also expressed their condolences over the weekend, posting an official statement to the school's official Facebook page. "The kids loved having her for their art teacher last year, especially the high school kids," they wrote, indicating that they had planned a memorial in Yehia's honor. "We are all saddened by the loss of such a special spirit!"

Police told reporters over the weekend that Paudel, 30, had confessed to killing Yehia as she slept, placing her body inside a bag, and carrying her to the Seti River nearby to dispose of the remains. The Himalayan Times reported on Saturday that during his interrogation, Paudel asked to use the restroom, and was able to sneak away to the rooftop of the District Police Office (DPO), from which he jumped. According to authorities, Paudel survived, but broke his leg and was being treated at Manipal Teaching Hospital.

On Friday, Yehia's loved ones remarked that the 25-year-old had left an indelible mark on everyone she met, quoting a passage from the Quran on the "Find Dahlia" page:

We have seen an incredible outpouring of love and support during these past few weeks, from every corner of the globe. ... For those who haven't had the joy of spending time with Dahlia, know that she is a giver, lover, and humanitarian, who devoted her life to others less fortunate both domestic and abroad. Even though Dahlia was taken from us much too soon, she surely made her mark on the world, and will be remembered lovingly by all of us. Please keep Dahlia in your thoughts and prayers.

Who, when disaster strikes them, say, "Indeed we belong to God, and indeed to Him we will return." Quran (2:156)