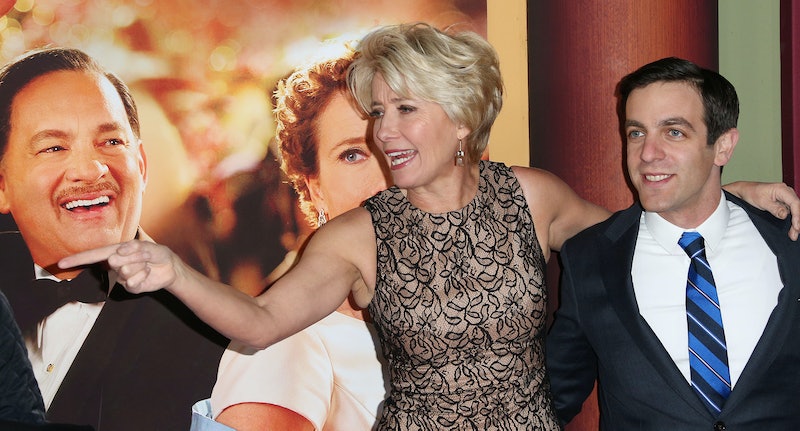 Hollywood is no stranger to inward displays of appreciation — just look at the sheer number of awards shows that exist for the entertainment industry, and how many of those are broadcast to national (even international) audiences. The Black List — a list comprised of the best un-produced scripts out out there right now, as voted on by 250 studio execs — is no different, except in the fact that it serves more as a taste of what's to come than a celebration of what's already come to be. 2013's Black List is here now, so let's take a quick look at what it's saying.

The list itself is compiled by the combined efforts of those aforementioned studio execs, each of whom is asked to list their 10 favorite as yet un-made scripts of the year. For screenwriters both notable and up-and-coming, a spot on the Black List is one of the most coveted Hollywood honors.

For some context, some Black List honorees of the recent past include the upcoming Nicole Kidman-starring Grace Of Monaco, Django Unchained, Saving Mr. Banks, as well as The Social Network, The King's Speech, and Slumdog Millionaire. In other words, there can be a lot of heft present.

Looking at this year's list, the top one is Holland , Michigan , written by Andrew Sodroski, which got 46 mentions by the execs (which seems to mean the liked it a whole lot). According to THR, the film follows a Midwestern woman who suspects her husband of infidelity and conducts an amateur investigation.

This can probably be attributed to a number of factors that make us want to crush the patriarchy under our dainty ladyfists of rage, but the number one has got to be access. There is, after all, the documented fact that women are less likely to sell speculative scripts than men are.

Still, there are a number of notable female-written scripts on this list, and a whole bunch that we're looking forward to in the coming years. You can find the whole list, loglines and all, over at Deadline.

More like this
Amanda Gorman Shared A Powerful Message On Meghan Markle’s Penultimate Podcast
By Darshita Goyal
Claire Foy & Rooney Mara Revisit A Devastating Tale In 'Women Talking'
By Bustle UK
The 'Love, Lizzo' Harry Styles Scene Is Just 1 Moment That Made Fans Feel Seen
By Brad Witter
Blake Lively's Reaction To Ryan Reynolds' Dance Video Was Pure Thirst
By Stephanie Topacio Long
Get Even More From Bustle — Sign Up For The Newsletter