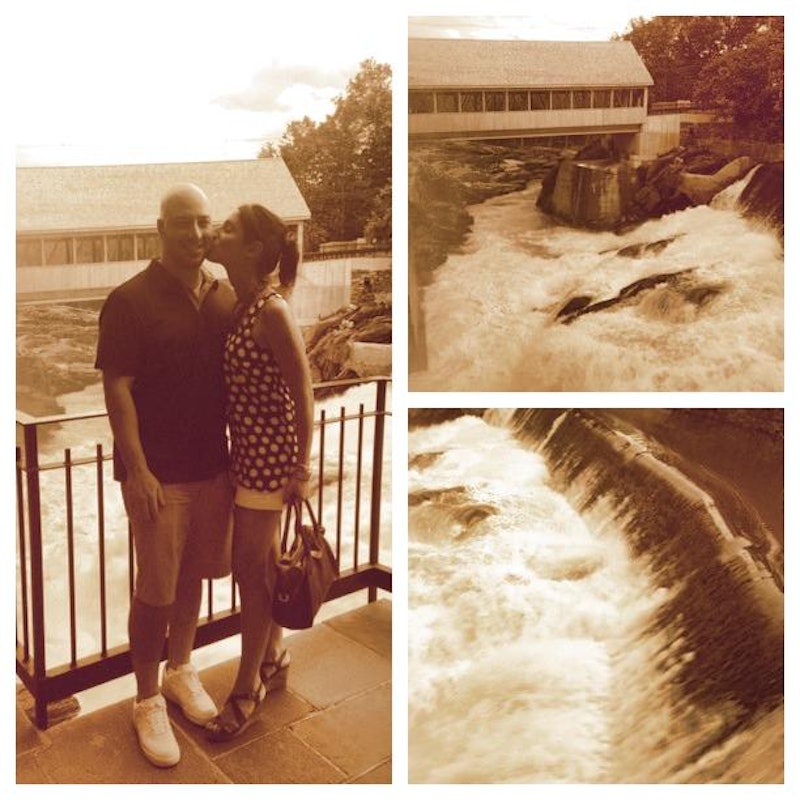 If nothing else brings joy in this cold, desolate world today, there's this: James Costello, a survivor of the Boston Marathon bombings, has proposed to Krista D'Agostino, a nurse he met at the rehabilitation hospital he was sent to. Our advice to you: Grab a box of Kleenex before reading.

On April 15, Costello was standing at the finish line of the marathon, hanging out with five of his friends, just as he had each year for the past decade. Then the bombs went off. They tore into his clothing and scorched Costello's arms and legs. He was taken to Massachusetts General Hospital, where he had multiple surgeries, including pig-skin grafts, over the course of two weeks. And then he was sent to Spaulding Rehabilitation Hospital for another two weeks of in-patient therapy — and the beginning of the rest of his life. Because, shortly after, a nurse happened to pass his way...

"A few days later I saw a nurse in passing, this would turn out to be Krista, who had shared a few mutual friends, but we had never crossed paths before," Costello wrote in a Facebook post about the proposal.

The couple began dating after Costello asked D'Agostino to a benefit. They've been "inseparable" for the past eight months.

Costello popped the question in Lyon, France, where the couple were vacationing on the Heroes Cruise, an all-expenses paid river cruise organized by a Boston travel agency. Their cruise, filled with hundreds of Boston Marathon survivors, their families, and first-responders, is taking them (yep, they're still there) through the South of France.

“I’m happy to announce that we will spend the rest of our lives together. I now realize why I was involved in the tragedy. It was to meet my best friend, and the love of my life," Costello wrote.

More like this
This Is When Netflix Is Going To Start Charging You For Sharing Passwords
By Darshita Goyal
6 Organizations Fighting Police Brutality That You Can Support Right Now
By Syeda Khaula Saad and JR Thorpe
Eurovision Has Been Given A Whole New Look Ahead Of Its Liverpool Debut
By Bustle UK
Here’s Where The NHS Nurses’ Strike Currently Stands
By Sophie McEvoy
Get Even More From Bustle — Sign Up For The Newsletter
From hair trends to relationship advice, our daily newsletter has everything you need to sound like a person who’s on TikTok, even if you aren’t.