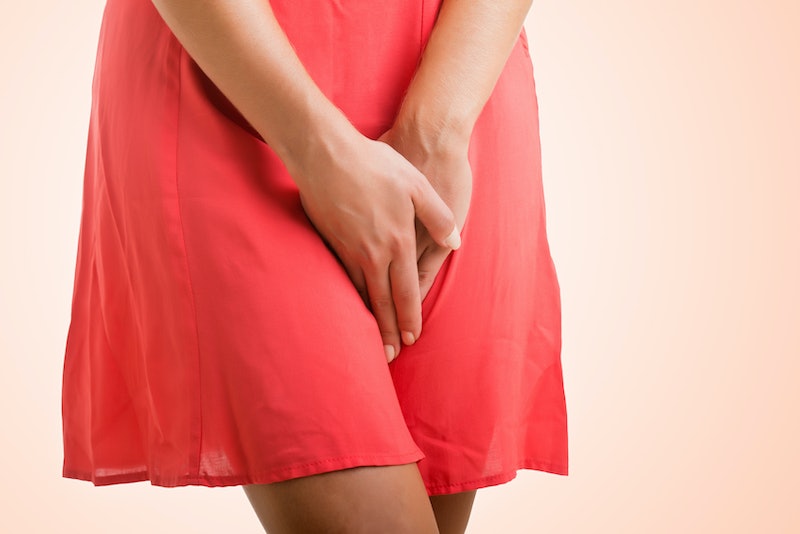 It might not be enjoyable to broach the subject of STDs and STIs with a new partner, but it's definitely something everyone should do before having sex. And I have good news about this potentially awkward topic, too — if you've been wondering exactly how to talk to your partner about STIs, Cristen Conger of Stuff Mom Never Told You has your back. Her latest video is inspired by a viewer question about this very thing, and guess what? It doesn't actually have to be awkward at all. Just don't do what the partner of the viewer who wrote in did — she said the last time she tried to have the health status talk with a partner, he yelled at her and lied to her, telling her he had an STD when he didn't to trick her. Not cool, bro. Not cool at all.

You probably already know what STDs and STIs are, but it can't hurt to brush up on it again, so let's take a second to do that. An STD is a sexually transmitted disease, which differs from an STI, a sexually transmitted infection. The disease/infection distinction is important here, as many STIs come with no symptoms, but are also more easily treated than STDs; either way, though, let's also take the opportunity to remind ourselves that we don't want to reinforce STD or STI stigma. Not only are these stigmas damaging, but moreover, they're not illustrative of reality: According to the American Sexual Health Association, more than half of us will get an STI at some point in our lives. It's not something to stigmatize; it's just part of life and sex.

Before we get into Conger's suggestions for how to have the STD/STI talk, though, it's also worth noting that what works for some people might not necessarily work for others. As sexual health activist Emma Kaywin told Bustle recently, "The details of how, where, and when you disclose to a romantic partner are all up to you — no one knows your relationship better than you, so no one else can tell you what will work best." Only you and your partners truly know what's best for your relationship, so adjust accordingly.

Conger's pointers, though? They're definitely useful. Here's how to talk to your partners about STDs and STIs — and don't forget to scroll down to watch the full video!

1. Make Sure You're Up To Date

Before you talk to your partner about their sexual health status, make sure you know yours. If you haven't been tested, you need to be, since many people have STDs or STIs and don't even realize it. If you think you can't afford to get tested or you don't know where to get it done, talk to your gyno or check out this free tool that shows you where you can find free clinics near you.

"And by 'it,' I mean talking about it, and by early, I mean before sex," says Conger — and no, you shouldn't do it while you're laying in bed making out, either. Ideally, this conversation should take place outside of the bedroom. Doing this is not only a great way to show this conversation respect, but to also lesson your own risk. Informed, responsible sex is good sex.

3. Use A Condom Anyway

Using a condom is the safest way to guard against STDs or STIs. Conger cites some alarming studies about condom usage, including a 2010 study found that A) 31 percent of freshman didn't use a condom during a hookup, and B) College students have unprotected sex six to 16 percent of the time. Even if you've talked about your sexual health status, it's still worth wrapping it up, particularly in hookup situations.

To see the rest of Conger's brilliant tips to having the STD conversation with a partner, watch the full video below: