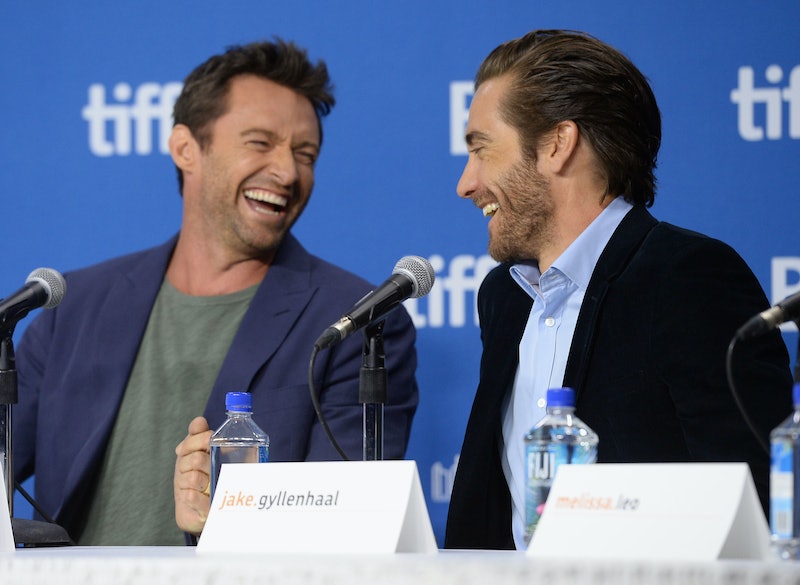 This year, the Toronto International Film Festival, commonly known as TIFF, is hosting 399 films from 71 different countries. It's the 40th anniversary of the Canada-based festival that acts as a temporary home for the biggest stars from Hollywood and international film hubs around the world. And those who have attended the festival know that past festivals have brought us Oscar-winning pictures, and 2015's highly-anticipated slate could prove to be a banner year.

This year audiences attending the 11 day festival in mid-September will get to see Matt Damon in The Martian, Jake Gyllenhaal's Demolition, Sandra Bullock in the political Our Brand Is Crisis, Kristen Stewart and Nicholas Hoult in the eery looking Equals, Mark Ruffalo, Michael Keaton, and Rachel McAdams in the dramatic journalism drama Spotlight, and so, so much more. But quality films such as these are to be expected of the festival that has been churning out audience favorites for the past four decades.

So, for newcomers to the festival and seasoned vets alike (those regulars may know it simply as the Festival of Festivals), here are 11 secrets — or things you may not have known — about attending Toronto International Film Festival.

Unfortunately, if you are a lucky ticket holder to film premiere, the line you'll be waiting in pre-screening is probably nowhere near the red carpet arrivals. This means that while you are standing in line to get in, celebrities are giving interviews and sneaking in to the premiere through an entirely separate door. But, there are plenty of ways to see celebs at TIFF.

Spotting celebrities at TIFF is pretty easy, considering every celebrity attending has the same basic needs as mere mortals: Eating good food and drinking good liquor. Toronto is home to several bars and restaurants that are known to be celebrity favorites. If you want to see Jake Gyllenhaal devouring a bowl of pasta (assuming he isn't fasting for Nightcrawler: The Sequel) or Rachel McAdams sipping on a G&T, head to The Hoxton, C Lounge, The Drake (also a nightclub), or any of the bars located in hotels around central theaters.

2. The Weather Is Unpredictable

3. Canadians Are Really That Nice

Rumor has it that Canadians are some of the nicest people on earth, and I found this to be true. I found that locals are just as excited about the festival as out of towners, and are eager to help a lost festival goer or recommend a great place to eat. Thanks, Canada!

4. But Out Of Towners Are Unpredictable

The above being said, a lot of TIFF is made up of out of towners. People flock from around the globe to see films at Toronto's treasured festival, so it's no surprise the personalities of people you encounter is a mixed bag. Just remember that while you may have been smart and packed a backpack full of sunscreen, snacks, and a book to read while you wait in line, not everyone planned ahead, and encountering cranky/hangry festival patrons is an inevitability.

5. Don't Show Up At The Wrong TIFF

6. Do As The Celebrities Do

According to the Toronto Star, celebrities showoff their extracurricular talents at TIFF. The Star says, "Nick Nolte is the one and only Drake Hotel guest allowed to hop behind the bar and mix up a round of cocktails. His specialty is gin martinis."

With a million things going on at once, it's easy to forget about taking care of yourself. Remember to drink lots of water, and don't leave home without a water bottle in your bag.

8. Pee Before Every Screening

Why? See "Hydrate... Or Pass Out" above. Also, you don't want to be the obnoxious attendee blocking everyone's view on her way out of the theater to the bathroom. These screenings are packed, and you could step on more than a few toes.

9. Know That Post Screening Q&As Aren't Always Worth It

One of the great things about big film festivals like TIFF is how interactive they can be. Audiences are treated to Q&As with actors, directors, and producers from the films they just watched, and you — yes, you! — can even pose a question to your favorite stars. But be warned, because these Q&As aren't curated by a panel or moderator, the questions asked by audiences are often tedious and snooze-worthy. Instead of asking insightful Qs the whole audience can enjoy, some fans will instead gush about their favorite scene, or worse yet, ask a question or make a comment that has nothing to do with the film.

So if you're hoping to make another anticipated screening, skip the Q&A and head straight to the next line, because a bad Q&A isn't worth missing a great film.

The week leading up to any festival I'll load up on vitamin C and plenty of sleep. Most festivals worth traveling for will be located in another time zone, so you can count on losing some sleep during your stay. Also, some of the easiest screenings to get into are in the very early morning or very late at night. Take your vitamins, stay hydrated, and get rest (when you can) during the festival, because no screening is enjoyable if you're sneezing (or being sneezed on) by your seat-mate.

If you get to the theater less than 15 minutes before your movie is supposed to begin, your seat is forfeited, and you'll make the day of someone waiting in the rush line. But 15 minutes won't get you a great seat at a highly anticipated screening. If you're like me and you're at all particular about seating (sit in the front row? fuhgeddaboudit) you'll want to arrive at the theater 45 min to an hour early. But hey! Lots of time to scan the audience for celebs or munch on popcorn.