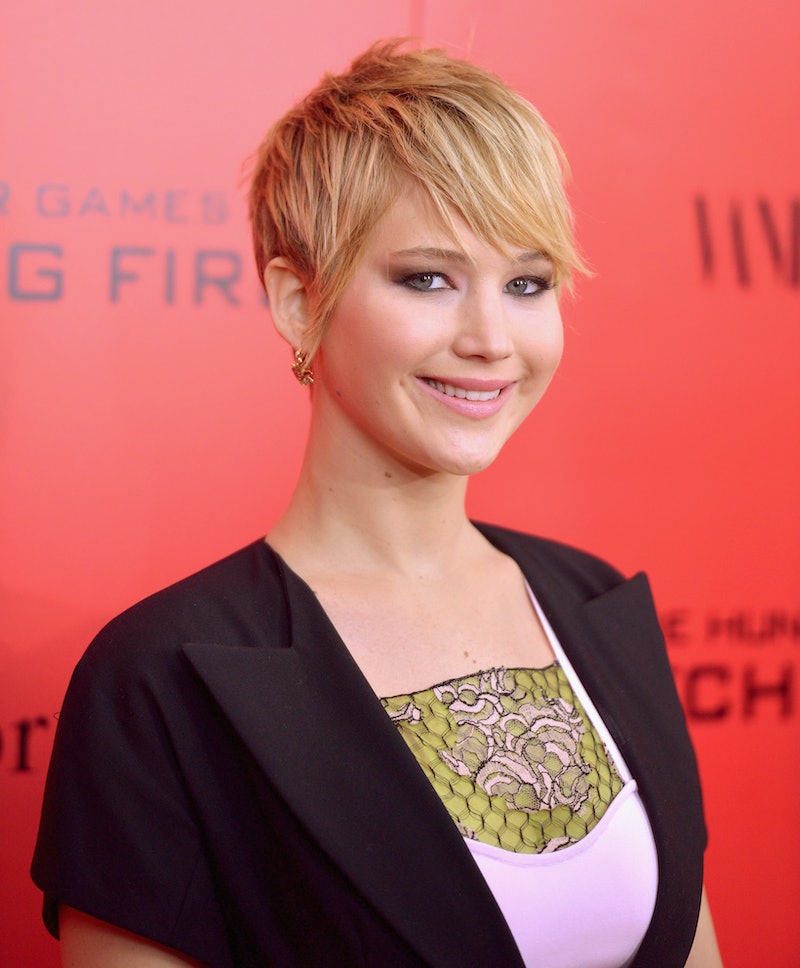 We probably didn't all need another reason to love Jennifer Lawrence, but now we have one anyway: In her interview with Barbara Walters for Wednesday night's Barbara Walters' 10 Most Fascinating People special on ABC, Jennifer Lawrence condemned fat-shaming in the media, and commented that calling someone "fat" on television should be illegal.

"I think the media needs to take responsibility for the effect it has on our younger generation on these girls that are watching these television shows and picking up how to talk and how to be cool," Lawrence commented. "So all of the sudden being funny is making fun of the girl that's wearing an ugly dress. And the word fat — I just think it should be illegal to call somebody fat on TV. If we're regulating cigarettes and sex and cuss words because of the effect it has on our younger generation, why aren't we regulating things like calling people fat?"

This isn't the first time Lawrence has spoken publicly about fat-shaming, as well as her own experiences with it: In a 2012 interview with Elle, Lawrence commented that she's considered "obese" in Hollywood, and that she refuses to lose weight for a film role. "I’m never going to starve myself for a part...I don’t want little girls to be like, 'Oh, I want to look like Katniss, so I’m going to skip dinner.'"

You can check out a clip of Lawrence's interview below. Walters' full special will air on ABC tomorrow night at 9:30 p.m. ET.