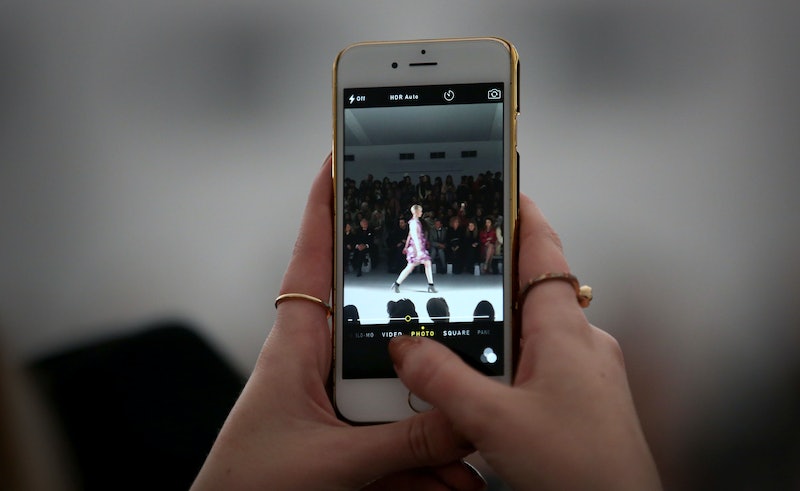 In an event packed with announcements on Wednesday, Apple finally addressed the questions we've all wanted the answers to. We found out what we can expect from the new iPhone (Rose gold! A selfie button!), as well as what Apple is unveiling in the next few months (A revamped Apple TV! An iPad Pro!). So what can you expect from the new cell phone model? And seriously, when will the new iPhone 6S be out, already? Apple has confirmed that you can pre-order the new model starting Saturday, Sept. 12, and on Sept. 25, it will be available in 130 countries.

The iPhone 6S will have a stronger and faster chip, replacing the A8 with the far more powerful A9 — which is 70 percent faster when it comes to processing and 90 percent faster when it comes to graphics. Plus, the phones will feature the new iOS 9, which, coupled with upgrades to the hardware, will likely mean major improvements to the battery's lifespan. Another addition is the 3D Touch feature, which is currently found on the Apple Watch and new MacBook, and a brand-new, staggering 12-megapixel camera.

Every year, Apple devotees famously spend hours (if not longer) in line outside the stores on the day the new phone comes out. Like its predecessors, the new iPhone was much anticipated — the product has cemented itself as the core of Apple's business, with roughly 700 million of them sold so far (which is why you probably see them everywhere). Last year's iPhone 6 proved to have the most successful phone launch in the company's history — four million of them were sold in the first 24 hours they were on sale.