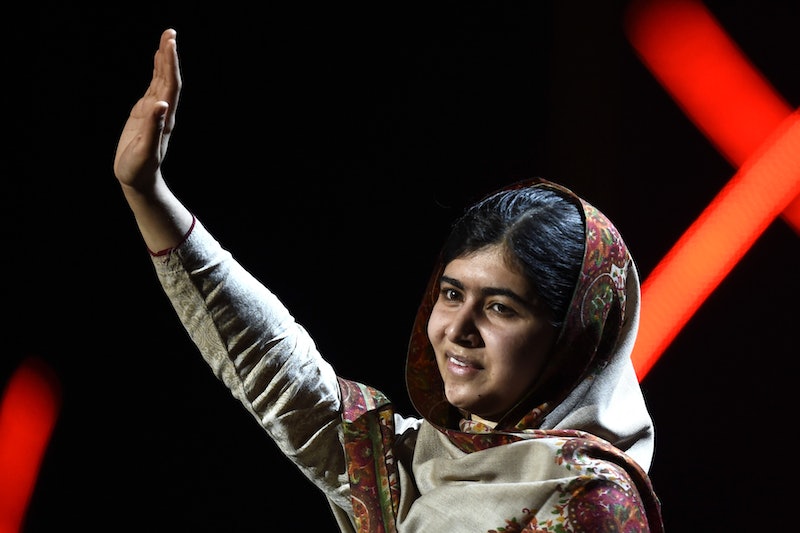 World-renowned 18-year-old Nobel laureate Malala Yousafzai is preparing to go to college, with Stanford University as one of her top choices. Her 2014 Nobel Peace Prize, awarded for her commitment to the right of all children to have an education, apparently isn't enough for Stanford, though. The university will require that she take the SATs before being admitted. Many people responded to Stanford making Yousafzai take the SATs on Twitter, finding it ridiculous that the school wanted to test her intelligence.

For the Fall 2015 semester, Stanford had more than 42,000 applications, and only 2,142 students will get in. So it makes sense that the school would want to keep things fair and have Yousafzai follow the normal application process. Yousafzai, who became an international figure after she was shot in 2012 for promoting the education of girls, did really well on the GCSE, a series of roughly 10-15 individual subject tests that most 16- and 17-year-olds in the U.K. are required to take. She told The Australian: "It wouldn’t look very good if the girl shot for wanting to go to school failed her GCSEs." However, Stanford will only accept SAT test scores from the Nobel laureate, according to The Express Tribune. Stanford has not yet released a statement, and Bustle has reached out for comment.

Although she already has an honorary degree from Edinburgh University, Yousafzai wants to study politics and philosophy. She told The Australian: "My dream is to one day become prime minister of Pakistan."

While some applauded Stanford for keeping the admittance process fair for everyone, many people criticized the school for its decision, arguing that Yousafzai's international acclaim should be enough to get her admitted. Here's what people on Twitter had to say about the situation.