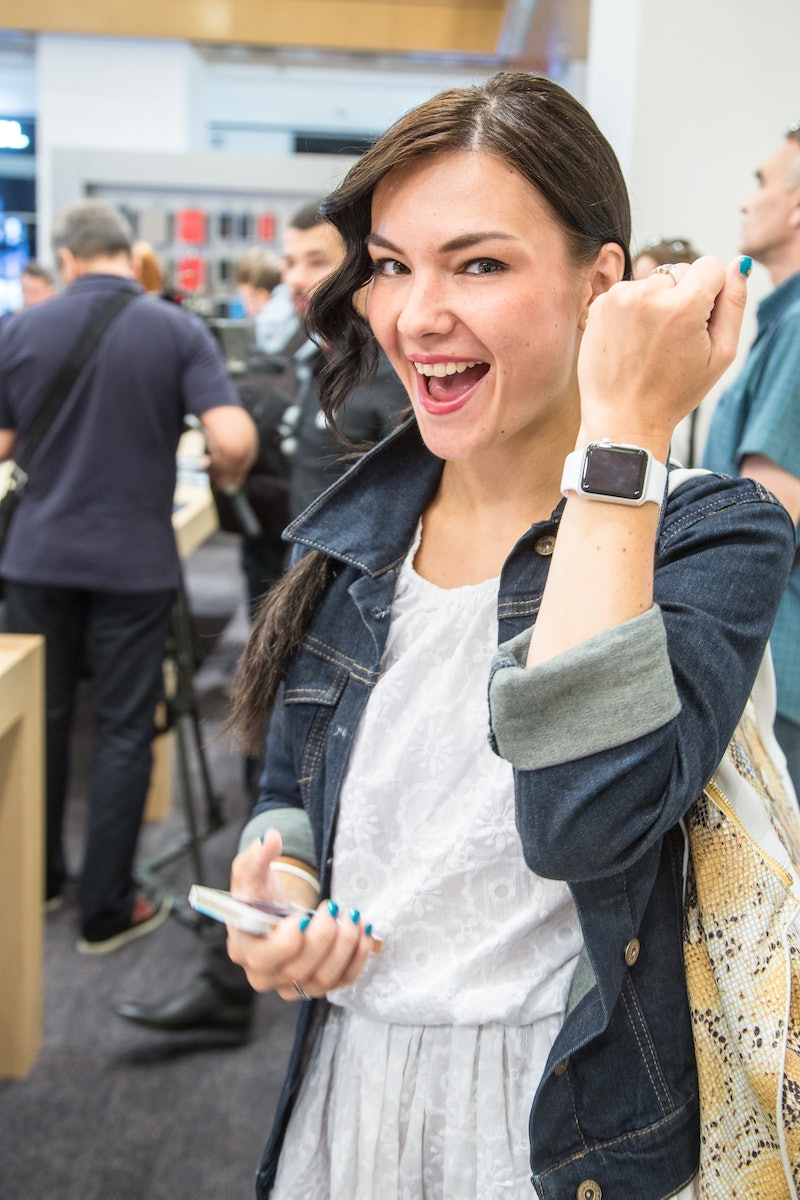 Just when you thought you couldn't be more attached to your Apple products, the Apple Watch Hermès band was announced at the Apple Special Event on Sept. 9. The chic, leather bands will come in three colors, according to MacRumors' report on the special event, along with three new watch faces. If you weren't sold on this wearable tech before, I'm willing to bet these will change your fashion-centric mind.

The collaboration is an incredibly smart move for Apple. After all, if you want consumers to wear your awesome new technology all the time, it better look dang good. Plus, a big name designer like Hermès is likely to draw in the likes of people who get photographed a lot (read: bloggers), especially if it's less than the couple thousand dollars a watch from the brand will run you now.

In addition to the leather Hermès brands, Apple also announced that it will be launching multiple new colors of its traditional watch band, ranging from bright red to teal to a subtle gray shade, according to Mashable. While style-minded individuals will likely all flock to the Hermès, these new colors are pretty sweet as well.

If the new set of color choices still aren't quite enough variety for you, Apple will also be launching multiple styles of the Hermès watch bands, including a fun double-loop version, all pictured below.

According to Bloomberg News, you'll have to wait until October to get your hands on any of the new watch styles — which means it's just in time to buy yourself a Halloween present. (That's a thing, right?)

More like this
Most Comfortable Underwear For Big Butts
By Audrey Williams
42 Black Owned Fashion & Beauty Brands To Support Today & Always
By Mekita Rivas, Shea Simmons, Kui Mwai and Dominique Norman
8 Cozy-Smelling Fall Candles For 2022
By Olivia Rose Ferreiro
Beetles Gel Polish Is The Secret To At-Home Manicures That Last
By Olivia Rose Ferreiro
Get Even More From Bustle — Sign Up For The Newsletter