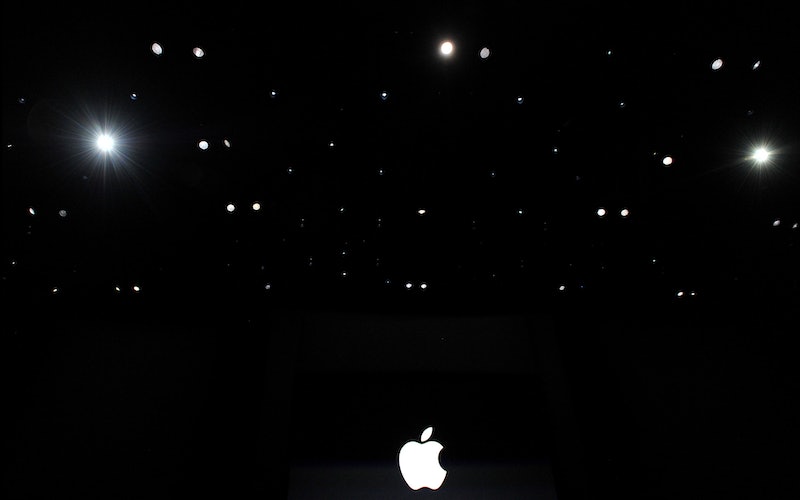 During the much-anticipated Apple Event Wednesday, Apple unveiled a new app called Adobe Photoshop Fix — and went on to demonstrate it by "fixing" a woman's smile. The photograph of the woman showed her face held in a neutral expression, but with the Photoshop Fix, Apple gave her "a little bit more of a smile," the onstage demonstrator, Adobe's Eric Snowden, said. The app was one of the smaller-scale new technologies unveiled at the event, which included an iPad Pro, an Apple Pencil, and a revamped Apple TV and corresponding touchscreen remote.

Was the smile "fix" an honest error? Almost certainly. Is it problematic? Definitely. The woman in the high-resolution photo Apple used was wearing a completely placid expression — her mouth firm, her eyes looking straight at the camera. To choose to "fix" a woman's expression into a smile is to suggest that she "should" be wearing a smile, rather than the emotion she'd chosen to wear on her face. It's a benign demonstration, certainly, but to suggest that she should wear "a little bit more of a smile" — that this is the ideal use for an app intended to "fix" errors — was a poor choice of words for Eric Snowden, to say the least.

A woman refusing to smile is never an error that needs to be "fixed."

You can watch the clip of Snowden demonstrating the app below.