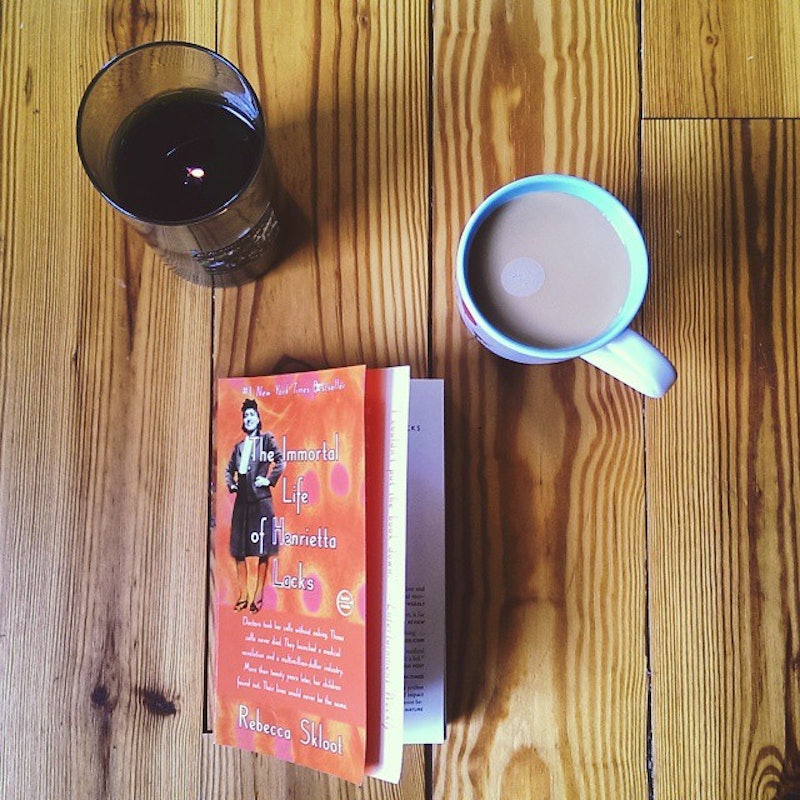 Among my lesser qualities (depending on who you ask) is the fact that I am really, really nosy. I’m the kind of person you probably do not want to ask to water your plants or feed your hamster when you go out of town, because it’s fairly likely that I will snoop through all of your stuff a little. Or maybe a lot.

I really can’t help it — everyone else’s lives are just so fascinating, and I have an insatiable desire to know absolutely everything. So, when it comes to what I’m reading, ranking at a really close second place (so close, they’re practically tied) to my love of memoir, is my love of biography. Especially biographies about women.

From Sandra Day O'Connor and Ruth Bader Ginsburg to Empress Dowager Cixi and Phoolan Devi, the women featured in the biographies on this list are really inspiring, totally fascinating, and just a tiny bit scary — but only sometimes, when absolutely necessary. Basically, these women are just kind of amazing. But I don’t need to tell you that, you can read all about them yourself. Here are 14 biographies about women that should be added to every woman’s must-read bucket list, ASAP.

Catherine the Great: Portrait of a Woman by Robert K. Massie

Born a German princess, Catherine the Great went to Russia at the age of 14 and quickly became the country's empress. As the longest-ever ruling female leader of Russia, Catherine the Great's personal life was just as complex, rich, and difficult as her political one. Ruling during what was considered the "Golden Age" of Russia, largely because of her influence, Catherine the Great dealt with rebellion and warfare, an unhappy marriage and an overbearing mother. Through it all she managed foreign policy, cultural advancements, and economic tensions within the country.

The Southern tobacco farmer who worked on the very same land that her slave ancestors did had no idea that her cells were taken by doctors without her consent, and are hugely instrumental in modern healthcare research. Essential for developing the polio vaccine, researching cancer and other diseases, advancing in vitro fertilization, and more, Henrietta Lacks' "HeLa" cells are worth billions of dollars today, and their donor died without ever knowing.

A Train In Winter by Caroline Moorehead

Drawn from interviews and personal archives, A Train In Winter tells the story of hundreds of women who helped Jews to safety, hid Nazi resistors, printed and distributed subversive newspapers and anti-Nazi pamphlets, and transported messages and weapons to the Allied forces during World War II. Later, many would be discovered and imprisoned by the Nazis. Their bravery is unforgettable and inspiring.

Sojourner Truth: A Life, A Symbol by Nell Irvin Painter

Although Sojourner Truth was born into slavery, she ultimately escaped with her young daughter, and lived much of her life free. She not only became an African-American abolitionist and women's rights activist, but she was also the first black woman to win a custody battle against the white father of her son, in a court of law. And that's just the beginning of this woman's inspiring story.

From her childhood in England to her groundbreaking work with chimpanzees at the Gombe Stream Reserve in Tanzania, Jane Goodall's contributions to biology and anthropology literally changed the world. She proved the intellectual and emotional intelligence of chimpanzees, and today still works to support the conservation of wildlife around the world. Heroine to animal-lovers everywhere.

Dorothy Parker: What Fresh Hell Is This? by Marion Meade

Who wouldn't want to read a biography subtitled What Fresh Hell Is This? The life of the outrageously hilarious Dorothy Parker wasn't always laughs and witty one-liners, however. Surviving heartbreak and divorce, alcohol addiction and attempted suicide, Dorothy Parker was as complicated as she was brilliant.

Mother Jones: The Most Dangerous Woman in America by Elliott J. Gorn

As the activist, political agitator, and community organizer at the heart of the modern American labor movement, Mary Harris Jones began her life as a teacher and seamstress, before taking to the streets. She coordinated labor strikes, particularly with miners and child laborers, and cofounded the labor union Industrial Workers of the World. Nicknamed "Mother Jones" she's also got a pretty badass political magazine named after her.

The Woman Behind the New Deal by Kirstin Downey

Frances Perkins was named President Roosevelt's Secretary of Labor in 1933 — just in time to be hugely instrumental in the establishment of the New Deal, which helped the United States recover in the wake of the Great Depression. Perkins not only worked towards better social welfare programs for Americans, and increased the number of jobs available to individuals who became unemployed during the depression, she also established unemployment compensation, child labor laws, and that now-elusive 40-hour work week that went missing somewhere in the 1980s. You go girl.

Of all the biographies of Jackie O, this might be the one to read. Expansive in its scope and utterly heartbreaking in its analysis of the former First Lady's struggle with PTSD in the wake of her husband's assassination, Barbara Leaming's Jacqueline Bouvier Kennedy Onassis takes readers behind the scenes in the life of a woman who has been mythologized by modern media.

Known as "the bandit queen" of India — because she was, in fact, a roaming bandit turned Indian politician — Phoolan Devi's story is has more captivating twists and turns than a fun park ride. Born into a life of poverty, and a member of a low caste Indian family, Phoolan Devi became a criminal and a gang leader (whose criminal charges were eventually dropped by the Indian courts) and finally ran for parliament as the "feminist Robin Hood." Phew.

From a childhood in rural Georgia to becoming the first black woman to win the Pulitzer Prize in fiction, for her novel The Color Purple, Alice Walker's story is definitely an inspiring one. This biography reads like an interview with the exceptional writer, so if you've been dying to have a one-on-one conversation with Walker ever since you read The Color Purple, this one's for you.

When the Emperor of China died in 1861, his 5-year-old son by Cixi, who was then a royal concubine, was given the throne. Doubting the ability of her kindergarten-aged child to rule an entire kingdom, Cixi staged a palace coup and named herself Empress — a position she would hold for decades, and one that allowed her to abolish some of the more medieval practices, like foot-binding, still common to China. There's also a little romance and heartbreak involved too.

Mother Teresa of Calcutta was the founder of the Missionaries of Charity and winner of the 1979 Nobel Peace Prize, who worked tirelessly with the world's poor by serving victims of war, disease, poverty, and exile. Published after her death, this is the first (and only) authorized biography of Mother Theresa, written by someone who worked alongside her.

Sisters in Law: How Sandra Day O'Connor and Ruth Bader Ginsburg Went to the Supreme Court and Changed the World by Linda Hirshman

In case you didn't already know (and seriously, where have you been?) Sandra Day O’Connor and Ruth Bader Ginsburg are the first and second women to serve as United States Supreme Court justices. And they've done one hell of a job to boot. Read about how these two unprecedented women have worked towards greater equality not just for women, but for all underrepresented people.