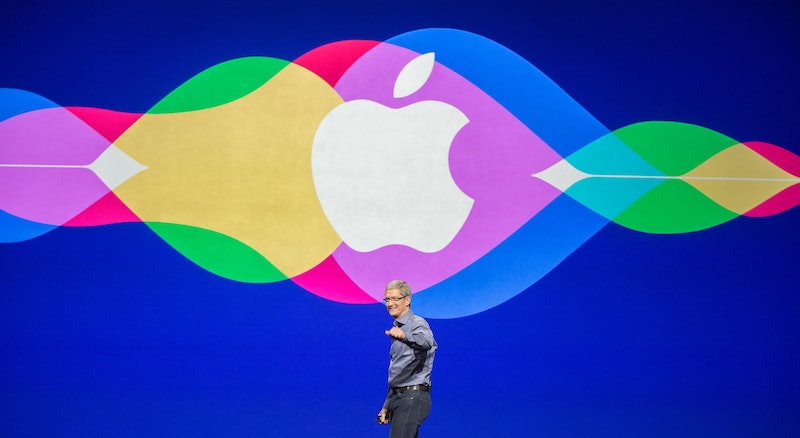 On Wednesday, along with a slew of new products — like the iPad Pro, the Apple Pencil, and the brand-new Apple TV — Apple unveiled Live Photos for iPhones, which are essentially four-second photos that aren't quite still photos, but aren't videos either. They're still images that move briefly when you "hard press" them using the 3D Touch technology, also known as Force Touch technology in other Apple products. And Apple wants you to know that it's not, categorically not, a video.

Instead, the Live Photos feature can be better compared to GIFs. It can be used in all the same ways as you'd view a regular image — your desktop background, to download onto a coffee cup, for your family holiday card — but when viewed on the iPhone, when you "hard press" down using the 3D Touch technology, the image moves ever so slightly. In this way, it's a little like a cinemagraph, which retains the same elements of keeping most of the image, but adding an element of movement. This is distinctly different from a video, which is all movement and devoid of all stills.

Audio can also be captured and replayed when you "hard press" a Live Photo. The feature is pretty cool in itself, but is first and foremost a vehicle for Apple's 3D Touch technology — a way for you to immediately understand the implications of 3D Touch. If you press lightly, an image will stay a still image; if you "hard press," it will become something else entirely.