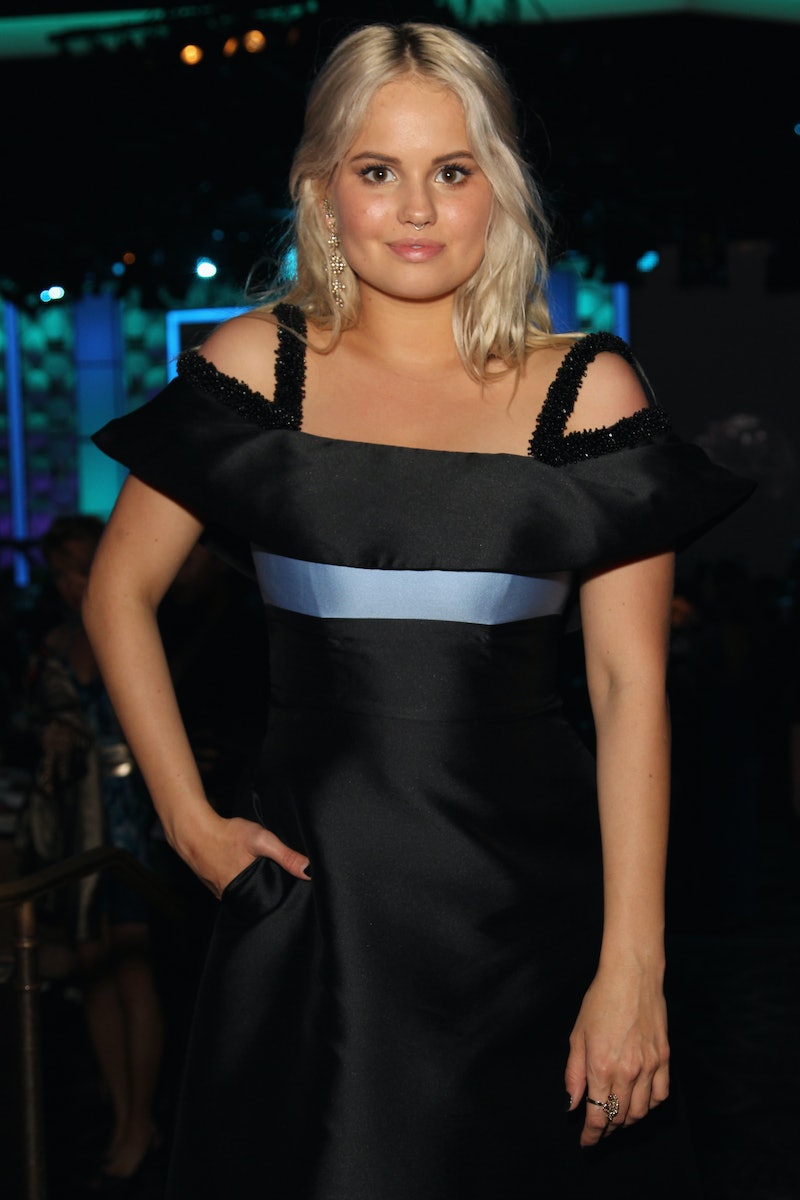 Debby Ryan's fashion is full of risks, edge, and a little dash of sweetness. That's probably why I love her so much. Over the weekend, the star not only attended her brother's wedding, but she served as the best (wo)man. Instead of a dress though, Debby Ryan rocked a tuxedo that was super chic but incredibly fun for the gorgeous, summertime ceremony.

Who doesn't love when stars take a fashion risk especially when it's for a sweet occasion? While women serving as members of the groom's party is getting increasingly more popular, the choice still bucks tradition. However that didn't stop Chase Ryan from asking his little sister to join him and his best friends on his big day. While I think the groom would have been accepting of his sister wearing a traditional dress, the actress chose a different approach.

Debby Ryan chose to wear a tuxedo to the affair that was the same cool toned grey as her brother's other groomsmen, but the star styled the ensemble in a much more feminine manner. Based on the gorgeous Instagram photos of the Disney star, she took a traditionally masculine ensemble and made it very much her own. While the big day was held at Disneyland, that didn't stop Ryan from going unconventional.

It appears as though Ryan got the pants of the suit fitted to her, and I love the strappy black high heeled sandals she's rocking with them.

The star made sure that her makeup game was strong on the big day rocking a gorgeous smoky eye with deep burgundy lip that proves you can pair a dramatic eye and a dramatic lip.

This isn't the first time that Ryan has rocked unconventional fashion though. She's rocked unique looks in the past, too!

Ryan's look here mirrors the tuxedo she rocked at her big bro's wedding, and I love the pumps!

Ryan was on the pastel hair trend before it really took off. Clearly this risk paid off big time!

The v-neck on this gorgeous dress would probably qualify this gown as daring by Disney standards, but I adore this stunning silhouette.

Clearly Ryan knows a thing or two about fashion. She's welcome to come help style me for any occasion!