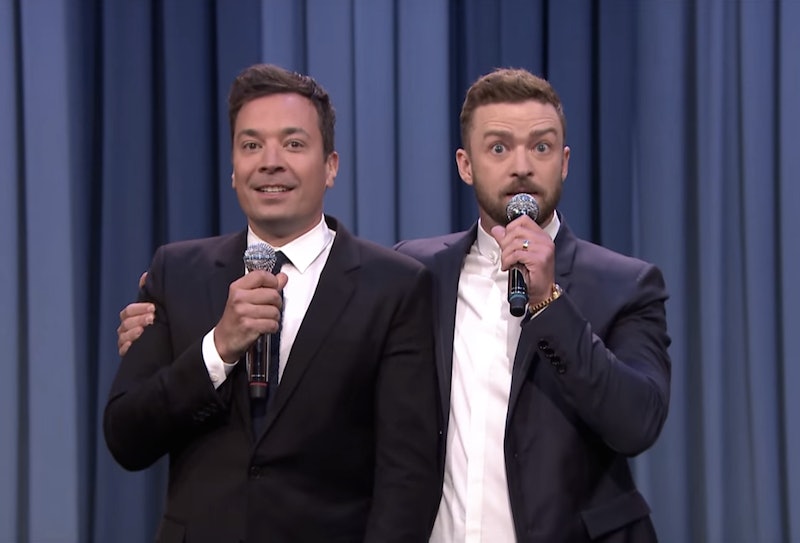 It seems a bit ridiculous to say that it has taken until "History of Rap 6" for Jimmy Fallon and Justin Timberlake to find their groove with these sketches. As early as their first performance of these chronicles of the rap genre, they'e had a great rapport between them. (Then again, with Timberlake involved, did you expect anything less?) But, on Wednesday night, Fallon and Timberlake performed "History of Rap 6," and it feels like it's about time that we reflect back upon all of the histories that brought us to this point. I mean, the pair of them have yet to release their own rap cover CD yet, so I'm left to watch these videos on repeat if I want to hear Timberlake laughing his way through these hits. And that's a real shame, you guys.

Of course, it might come as a surprise that it isn't actually the first "History of Rap" that makes the bottom of my ranking. Despite it being a well-known fact that the pilot episode of anything is usually the weakest episode compared to what comes afterward, "History of Rap" came in strong from the onset, and set itself apart as one of the greatest of all the "History of Rap" sketches. Of course, when you start with Sugarhill Gang, that's just to be expected.

Despite slipping "All I Do Is Win" into this one, Fallon and Timberlake just didn't seem to have the same energy that they did in previous, and later, sketches of the like. It just felt like they were going through the rap motions, you know?

OK, so it was near impossible for me to rank such an amazing performance of "California Love" in last place. Sorry, but I just have certain rap song preferences. Combine "California Love" with "My Name Is" and then watching Fallon and Timberlake doing the Soulja Boy dance, and, well, let's just say I've watched "History of Rap" more times than I care to admit.

Despite a rather rousing performance of the Fresh Prince theme song, "History of Rap 5" was neither the greatest thing I've never seen nor the worst thing I've ever seen. It simply was. Like Tuesdays. It just kind of exists.

I can't even tell you what it is about "History of Rap 4" that makes me laugh so much. No, wait, yes I can. Just watch it, and watch how much dancing Timberlake incorporates into his rapping this time. This is not a "History of Rap." This is literally a performance.

Sorry, but there is not a single time that performing "Baby Got Back" isn't going to put you in the highest part of a ranking, let alone rapping "shamama lamama lamama lamama" over and over.

As it turns out, the most recent history is the best of the bunch. Timberlake and Fallon's chemistry has been honed from doing this six times before, the songs they chose to perform are amazing, and the six minutes of the video just blow by. I can't wait to watch them do many, many more of these.