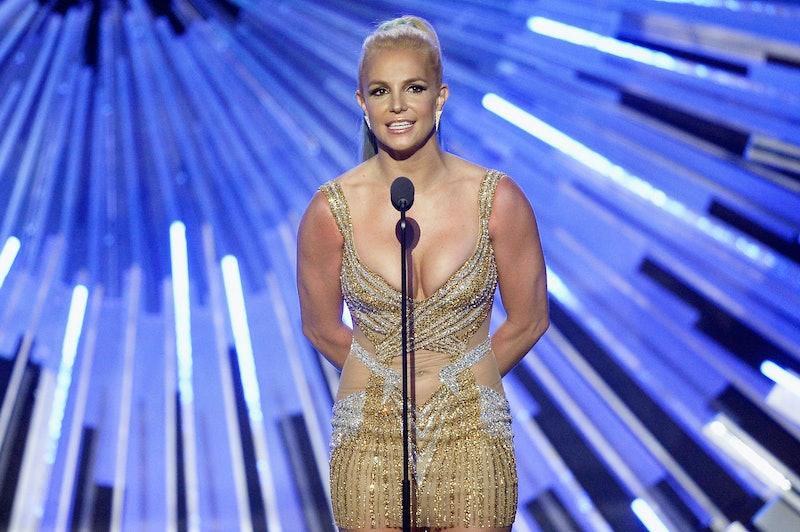 What is it about Las Vegas that captivates pop stars so? We really should have seen this coming, considering how a Vegas residency seems to be like catnip to all of our favorite stars, when we want to see them and gamble away all of our money at the same time. During her show on Wednesday, Britney Spears extended her Vegas residency for two more years via an announcement on stage to her lucky, screaming fans. Of course, rumors have already been flying that this would happen since Axis Theatre offered Spears $12 million to extend her 90 minute show (which she does 50 of per year), but, now that Spears has formally accepted, I can't help but worry what this means for her upcoming album.

Of course, I don't presume to tell Spears what she can and can't do with her life. She's a mother of two and 33-years-old, so she doesn't need advice from a 25-year-old girl who is barely out of college. However, 50 shows per year just seems like a lot to add to Spears' schedule, between taking care of her children, working on her next album, and any other interviews and promotions that she might want to do in this upcoming two year period. Sure, it's a huge paycheck for Spears — certainly more money than I'll ever see in my entire life — but she might need one heck of a break afterward before she's up to doing any touring or album work.

So, should we be worried that extending her residency means that it's going to be a long, long time before we get our hands on Spears' ninth studio album? Well, probably. Spears has been writing new music for the as yet untitled album since Summer 2014, and she has since only released one single, "Pretty Girls." The song was not exactly the smash hit that Iggy Azalea had been hoping it would be. Now that Spears will be performing another 100 shows over the next two years, when is she going to have time to hit the studio and grace us with new music?

But, as I said, Spears is a grown woman and, more importantly, an experienced entertainer. She knows what she can and can't handle in her schedule, and she probably had a plan for balancing this residency with the release of songs and details from her upcoming album before she ever agreed to sign on for another two years. Worry not, Spears fans, this extended residency news is definitely something we should be happy about, rather than crying over the addition of another stumbling block between us and getting Spears' next album in our hands. Just watch that video, and look at how happy she seems, and you won't be able to help smiling along with her.