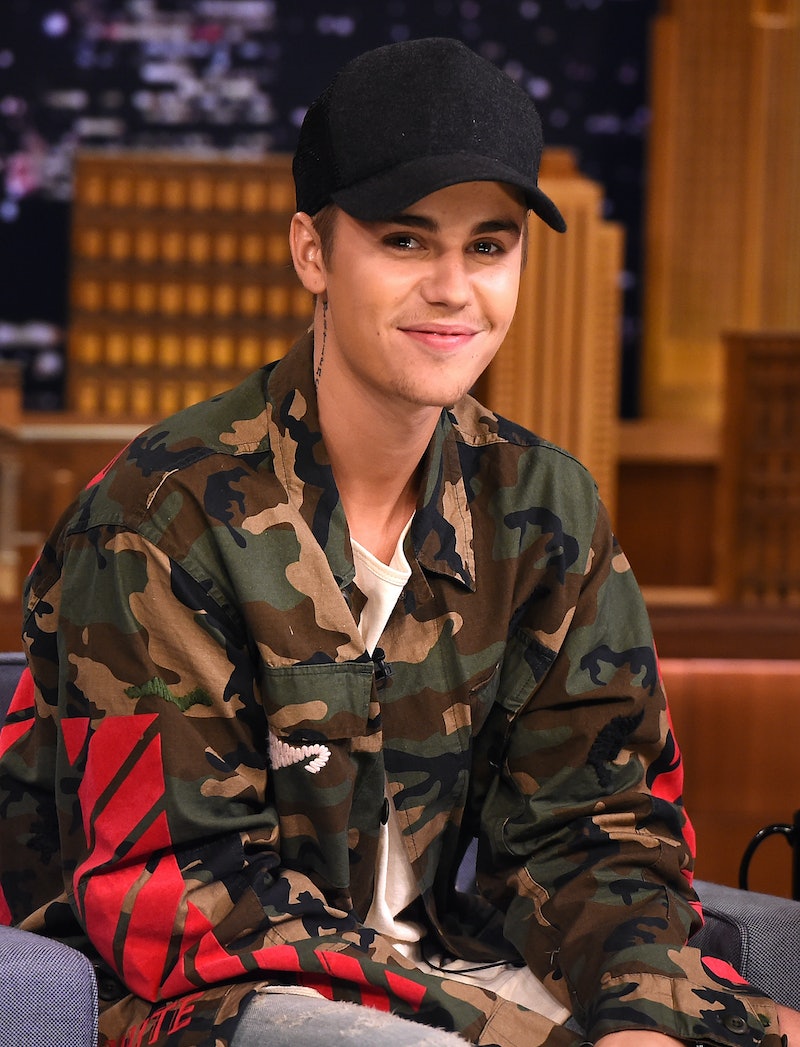 Beliebers have been camping out in NYC for hours in hopes of catching a glimpse of the young superstar, and on Thursday morning, they got a little more than they expected. Justin Bieber debuted platinum blonde hair at The Today Show in New York on Thursday, and the bleached look totally suits him more than I would have expected.

I'm a bit surprised that Bieber has already opted for a new 'do, TBH. It has only been a few weeks since he showed off his drastic asymmetrical hairstyle at the VMAs, but I guess that just wasn't enough drama for the Biebs. This guy clearly enjoys changing up his hair look — a lot.

His freshly dyed mane is definitely unlike we have ever seen from the singer before. While he did go platinum for a hot second last December, this time around his bleached locks look lighter than ever, plus he is still rocking that long side-swept style.

JB hasn't revealed what sparked the sudden makeover, but he did show it off proudly on the show, yelling out "do you like the hair?" to the crowd, and later sharing that it took two and a half hours to get the look, New York Daily News reports.

Check out the platinum style.

In celebration of Beiber's new 'do, let's take a look at his hair evolution throughout the years.

This was Bieber's signature look when he first came on the scene, and who could ever forget it?!

The Biebs sported shorter spiked up hair back in 2011.

3. Short On The Sides, Long In The Middle

This is the first time Bieber rocked bleached locks.

Bieber sported this slicked back style for a bit. It's very "Grease Lightening," don't you think?

This look he debuted at the VMAs was the most drastic style of them all.