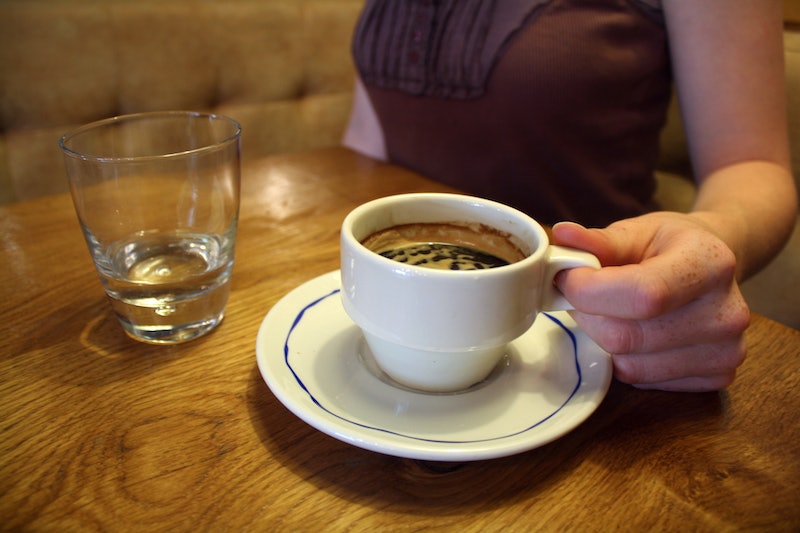 One of the many challenges domestic violence victims face is the prospect of how to start their lives over again when and if they leave their abusers. To try to help some women make that transition, High Bridge Cold Brew in New York creates jobs for domestic violence survivors. The company is just a start-up, but it plans to not just make cold brew coffee, but also to provide employment opportunities and job training for at-risk individuals, especially victims of domestic violence.

Diana Saliceti, a former corporate lawyer who left her job last year with the aim of launching a business of her own, told DNAinfo that she was first struck by the impact small businesses can have among at-risk individuals fifteen years ago when she heard about a Los Angeles bakery that employed former gang members to give them job training and work experience. “I remember being struck by what an amazing idea it was to use an enterprise for social good as well," she said.

She was reminded of the idea while attending a domestic violence intervention fundraiser, when one survivor spoke about how getting her cosmetology license enabled her to find a job and thus leave her abusive relationship.

“Economic empowerment can make a real difference for these women," Saliceti said. So she decided to make hiring domestic violence survivors part of her new business venture.

Saliceti was already planning to make cold brew coffee, but decided that her original plan to open a coffee shop wouldn't work as well if she wanted to make a difference for domestic violence survivors. A coffee shop wouldn't be able to employ very many people, and it's a very open and public space, which wouldn't be good for many women who had recently left or were trying to leave an abusive partner who might come looking for them. Instead, Saliceti decided to focus on making the coffee and selling to existing shops.

The business is still in the early stages, and Saliceti hasn't hired any employees yet, but she has already contacted local New York City organizations that work with individuals experiencing domestic violence, and she's been accepted into Urban Horizons Kitchen, which is run by the Women’s Housing and Economic Development Corporation and which will let her use their commercial kitchens to produce her coffee once her license is approved.

“A year from now I would hope to have at least a handful of employees and trainees, and to be in the local markets and delivery channels,” she said.

Financial security is a huge problem for women (and men) looking to get out of an abusive relationship. When someone leaves an abusive partner, they are rarely able to bring much money with them, and they frequently also have to leave their current job to make themselves harder to track down. And because many abusers seek to isolate victims from friends and family, often times domestic violence survivors have few people to fall back on for support. But with a steady job, it can be possible for individuals to start over.

So hopefully High Bridge Cold Brew is a big success. Because even though domestic violence is a massive social problem with a plethora of root causes, it's also true that every little bit helps, and every domestic violence survivor is worth helping.

More like this
34 Quotes That'll Inspire You On Juneteenth & Beyond
By Syeda Khaula Saad and Siena Gagliano
How To Fight For Reproductive Rights, Based On How Much Time You Have
By Courtney Young
The Families Of Grenfell Tower Are Still Waiting For Justice, Five Years On
By Bustle UK
5 Concrete Ways To Take Action Against The Rwanda Deportation Plan
By Rachel Mantock
Get Even More From Bustle — Sign Up For The Newsletter