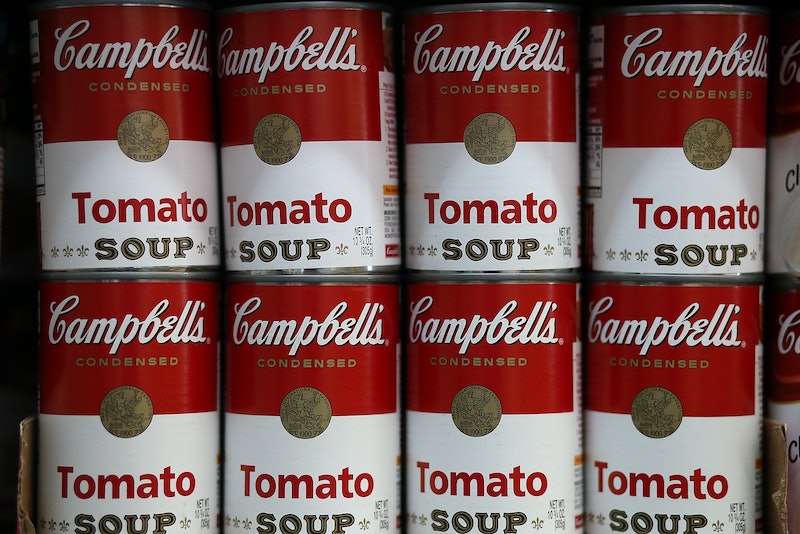 If you're a fan of canned soups, well, the canned soup industry is probably a big fan of you. Ae detailed by Quartz last year, sales of such store-bought soups have been effectively stagnant for years, and that's not a great sign for the industry — you're always looking to bring in new customers, after all. Now, a corporate partnership is paying off with a pretty strange development: Campbell's soup in a pod for Keurig, all made in your coffee machine.

It's all thanks to the longtime soup titan pairing up with Keurig Green Mountain, makers of those pod-based Keurig coffee brewers you see sometimes. It's a sensible team-up by virtue of both companies facing similar concerns — Keurig also faces some disappointing figures, as CBS News detailed, and adding a savory food functionality just affords consumers another intriguing option.

The K-Cup soup pods will probably never rival the revered, iconic design artistry that many people see in the canned version, sure — I doubt you'll see them in a museum, at any rate. But it's certainly an unexpected foray, and if you're the kind of person who might like something hot and savory at the start of a day, they could definitely fill a need for some people out there.

Right now, there are only two flavors available: "Homestyle Chicken Broth & Noodle Soup Mix," pictured above, and the southwest-style version. In both cases, one K-Cup soup pod reportedly contains no more than 70 calories — a light snack, if a somewhat salty one.

It's anyone's guess at this point whether this will be a successful pairing, but it'll sure be interesting to find out. As far as bold new soup advancements go, this really feels like something that'll succeed or fail on the strength of first impressions. Even if you're the kind of person who has both a positive connotation with hot, canned soups, and a Keurig sitting in your kitchen, you've still got to make that first "hey, soup from your coffee machine?" moment bring curiosity, rather than confusion.