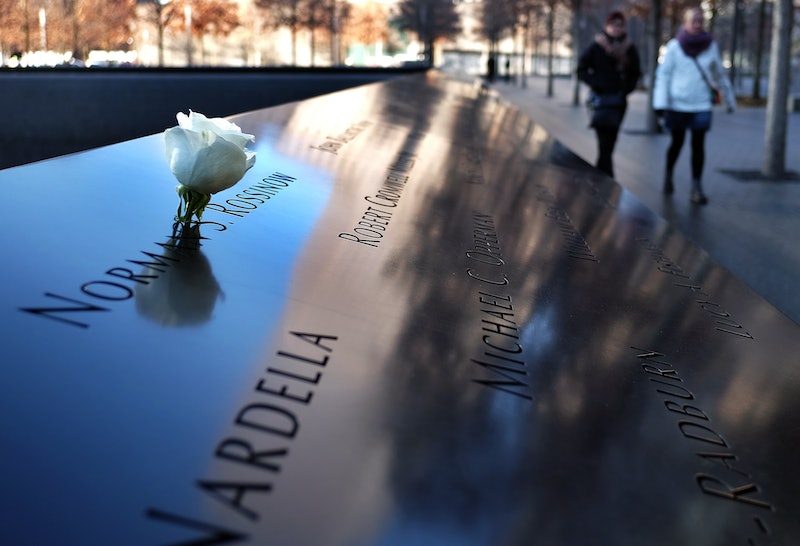 On the eve of the Sept. 11, the FBI foiled an alleged 9/11 bombing plot at a local memorial event in Kansas City. Authorities arrested 20-year-old Joshua Ryne Goldberg in Jacksonville, Fla., on Thursday. According to the FBI, Goldberg was planning the bombing attack from Jacksonville, where he shares a home with his parents.

The FBI reportedly tracked Goldberg down online, with agents going undercover to talk the 20-year-old Florida man about his 9/11 bombing plans. According to The Washington Post, court documents revealed the FBI agent posed as an interested terror accomplice and spoke to Goldberg online. "Hopefully there will be some jihad on the anniversary of 9/11," Goldberg told the FBI agent.

Goldberg reportedly disguised himself, too. Court documents show that the 20-year-old posed as a Lebanese refugee living in Australia. He told the FBI he was "trying to get a mujahid in Melbourne to carry out Jihad, but he keeps delaying it." The 20-year-old Jacksonville resident also claimed responsibility for the May terror plot in Garland, Texas, even though the Islamic State of Iraq and Syria already took responsibility for the attack.

As Goldberg posed as a man living in Australia, it appears he was looking for someone in America to carry out attacks for him. He sent information to the FBI agent about how to make a bomb — similar to the pressure-cooker bombs used at the Boston Marathon in 2015 — and pushed him into planning a bombing in Kansas City, according to The Washington Post.

"I’m in the Midwest the closest place is Kansas City if you’re familiar," the undercover FBI agent reportedly told Goldberg.

Goldberg replied: "Where will the most people be in Kansas City on 9/11? That’s where we need to target."

The exact target for the alleged bombing was the Kansas City 9/11 Memorial Stair Climb, an annual event. According to event organizers, 343 firefighters participate in the 110-story stair climb each year on Sept. 11 to honor the first responders who lost in their lives in the large-scale terrorist attacks 14 years ago.

From the court documents, it appears Goldberg chose the stair climb as the site of the bombing. He told the undercover FBI agent that the stair climb event would be "the perfect place."

Goldberg's parents were, understandably, astounded when federal authorities arrested their son on Thursday. Goldberg's father told local news source First Coast News that they were "shocked," but had "no information" to give at this time.