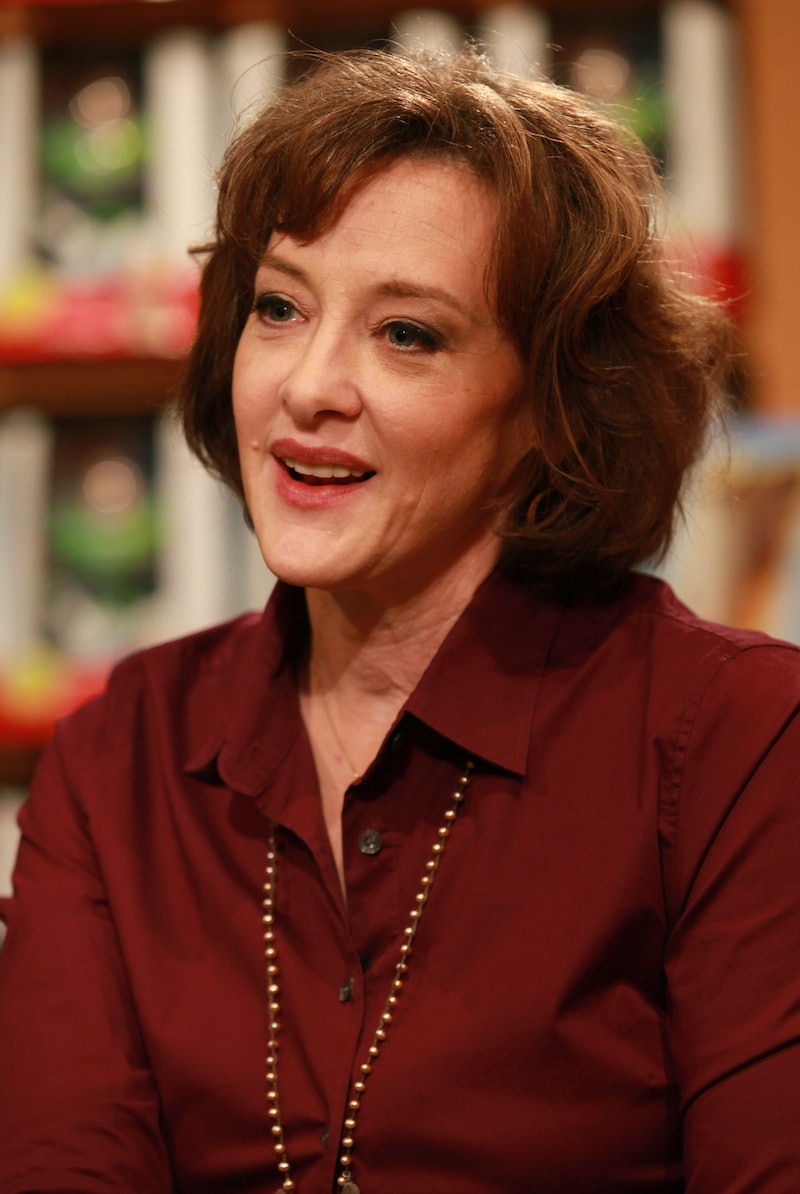 I'm always up to celebrate women in comedy, and the Creative Arts Emmys just gave me the opportunity to cheer one one of my faves yet again, and after far too many years she's getting the recognition she deserves. It was announced on Saturday that Joan Cusack won the Emmy for Outstanding Guest Actress In A Comedy Series for her role in Showtime's Shameless. This has been a long time coming, let me tell you. Not only has the always underrated Cusack never won an Emmy, but she has been nominated five times for this part — every year since 2011. She has also been nominated for a Golden Globe and twice for an Academy Award.

Cusack was in good company. First, Christine Baranski was nominated as Dr. Beverly Hofstadter for The Big Bang Theory. She has been nominated for this role twice before, and is also nominated for a Primetime Emmy this year for Outstanding Supporting Actress in a Comedy with The Good Wife. Gaby Hoffmann is also nominated twice this year, in this category for playing Caroline on Girls and up against Baranski for her work on Transparent.She has been having quite the comeback couple of years between those two roles and independent films like Obvious Child. Pamela Adlon, who you may have seen recently in the Season 2 finale of Playing House, was nominated for Louie. She is no stranger to the Creative Arts Emmy, having taken home the trophy in 2002 for Outstanding Voice-Over Performance on King of the Hill and received nods as part of Louie's writing staff. Elizabeth Banks was nominated for her appearance as Mitch and Cam's BFF Sal on Modern Family, one of my favorites. How has Elizabeth Banks had time to do all of this work over the past year? Her schedule last year must have been insane. Finally, who can forget Tina Fey and her favorite wig on Unbreakable Kimmy Schmidt in the finale episodes as the small-town lawyer, Marcia.

It's an eclectic group of shows with comedic actresses from multiple eras of recognition. None of the female Saturday Night Live hosts were nominated this year, whereas two of the nominees in the Outstanding Guest Actor In A Comedy Series are up for that gig. Ultimately Joan Cusack was the winner, and I couldn't be happier.