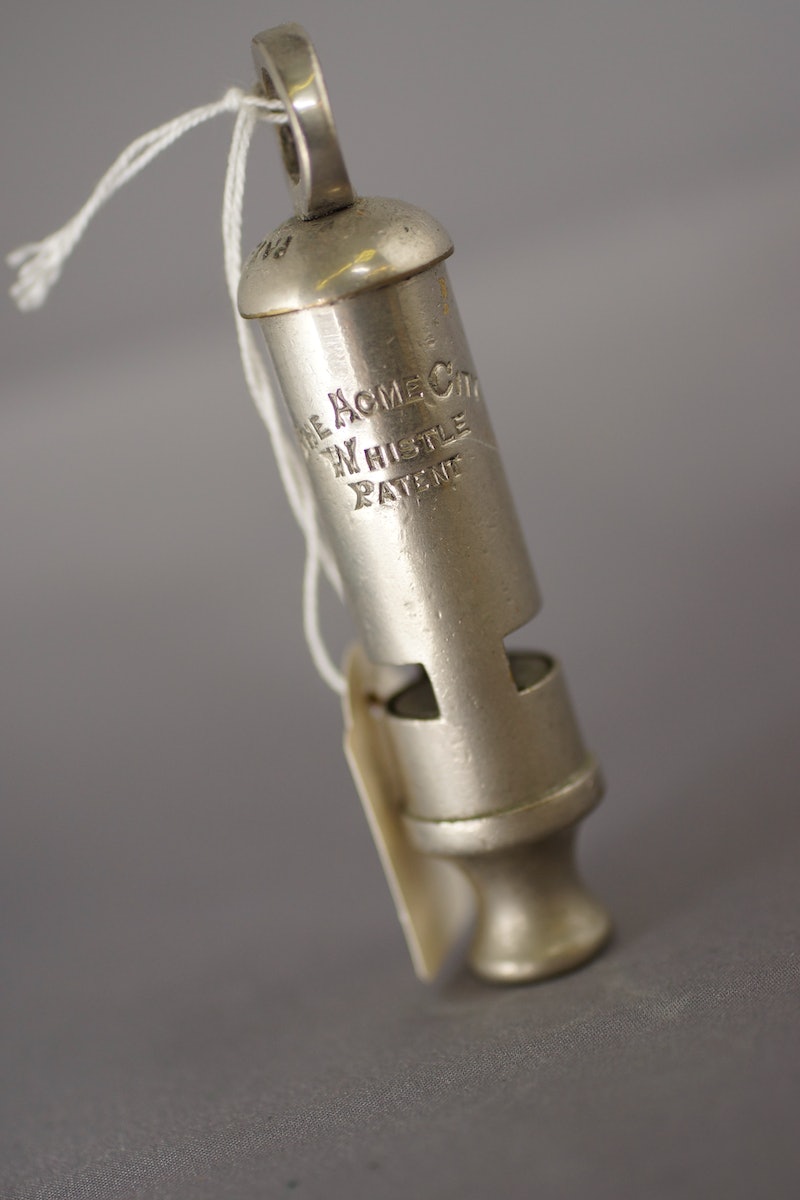 As modern technology improves dramatically, there is an understandable impulse to use it to solve problems, big and small, that previously seemed impossible, but in the case of sexual assault, it's questionable how well technology can keep us safe. Still, people try — for example two juniors at the University of North Carolina are working on a high-tech rape whistle that they hope will help prevent sexual assaults. But can such an idea work?

The idea, which is still in development but is currently called PRO(TECH)T, is for a device that is part Fitbit, part panic button. It's a wristband with GPS technology inside and a button that, when held down for three seconds, will send an alert to campus police. The idea is that it will help protect students from sexual assault on campus, which is a major problem across the US. And in certain circumstances, it could be effective. The problem is that those circumstances don't account for the vast majority of sexual assaults.

One of the most stubborn cultural myths about sexual assault is that it typically happens when a criminal jumps out at a woman from the bushes or a dark alleyway or an unmarked van. And in such a situation the PRO(TECH)T device would be extremely useful — assuming that the victim doesn't freeze first, which is a common psychological reaction during sexual assaults.

However, most rapists are known to their victim — a friend, a boyfriend, a kid from class, a date — and most attacks don't happen in alleyways. An alert from one of these devices would probably provide police or campus security the exigent circumstances they need to enter a building without a warrant, since they have reason to believe someone is in immediate danger inside, but are police going to go door-to-door in large dorm buildings? In frat houses? In apartment complexes? Would the GPS be sophisticated enough to lead them to an individual room? Would they then be allowed to break down a door?

There are a lot of questions.

But even beyond the practical concerns as to whether or not this device could be useful in stopping assaults that are happening, there's also the fact that this idea — along with many other rape-prevention innovations — unfairly continues to place the responsibility for preventing attacks onto victims. Do we really want to live in a world where women have to wear locking underwear, use GHB-detecting nail polish, and walk around with portable panic buttons? Women shouldn't have to go to such lengths to stay safe in their everyday lives.

To say nothing of the fact that women who take every single one of these precautions could still be assaulted — at which point, all of these supposed helpful solutions become ammunition against her to "prove" that she wasn't really assaulted. Because if she had been attacked, wouldn't she have, say, pressed her panic button? Never mind that many victims freeze involuntarily when they are attacked due to psychological defense mechanisms and neurological reactions beyond conscious control.

Campus rape is a serious problem, and there are lots of myths and misconceptions about how it happens and how to stop it. But ultimately, the only thing that will actually stop attacks from happening is to change a culture that allows them to. That is a huge task, involving everything from educating students on what consent is to taking disciplinary action against perpetrators to send the message that sexual violence is completely unacceptable. It's unfortunately not something that can be solved with technology, or something that individual students can do much about, apart from organizing to lobby their university.

Sadly, sexual assault might be too big of a problem, one that is too finely enmeshed in our culture, and whose roots too complex and widespread for there to be any technological quick fixes.

More like this
25 Quotes About Love To Share During Pride Month 2022
By Madeleine Aggeler and Emma Garza
What The History Of Pride Month Means For Celebrations Today
By Jay Polish
Is TikTok’s “Villain Era” Trend Just An Excuse For Bad Behaviour?
By Chanté Joseph
Twitter Was Saying The Same Thing About Sam Ryder’s Surprising Eurovision Result
By El Hunt
Get Even More From Bustle — Sign Up For The Newsletter