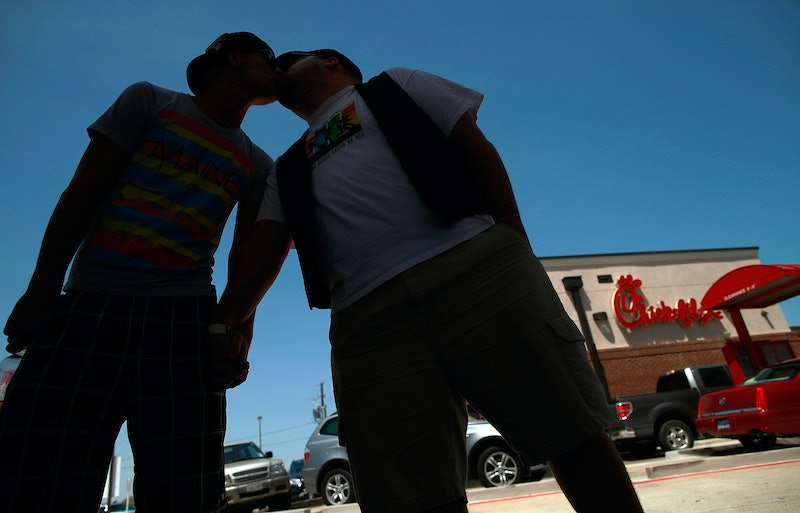 Let me transport you back to last summer when Chick-fil-A President Dan Cathy took heat for the comments on traditional marriage and supporting anti-gay organizations that left a bad, bad taste in the mouths of many. And now, he's back for round two. Seems he hasn't learned.. or maybe he did, since he deleted his tweet in response to this week's gay marriage rulings from the Supreme Court. Of course, it still lives in screenshot form.

The company soon issued a statement on their website that said, "Dan recognizes his views do not necessarily represent the views of all Chick-fil-A customers, restaurant owners and employees, so he removed the tweet to eliminate any confusion."

He's not the only Christian voice speaking out, of course: Pat Roberson, host of Christian Broadcasting Network, also pondered the Supreme Court's ruling. On Thursday during The 700 Club, Robertson questioned rather Justice Anthony Kennedy had gay clerks, hinting that the justice who wrote the court's majority opinion was influenced in his decision. However, Kennedy has been known to be a swing vote.

Jay Sekulow, chief counsel for the American Center for Law and Justice and Robertson's guest, seemed taken aback by the question. Sekulow said he had no idea whether Kennedy had gay clerks or not. Below, the interview.

Try not to rip out your hair.