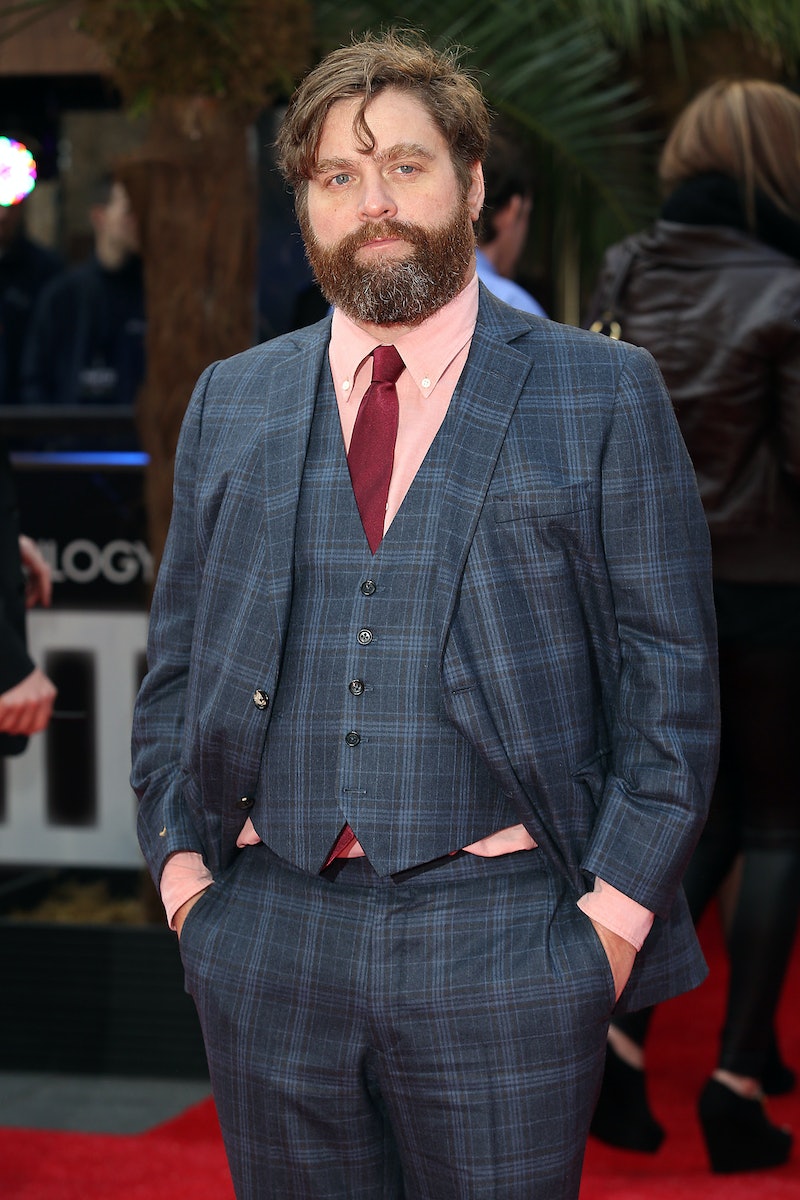 'Tis the season for spreading holiday cheer, making snow angels, spending time with family and mocking your favorite celebrities on a holiday edition of Between Two Ferns with Zach Galifianakis. On the festive "Happy Holidays" version of his talk show, Galifianakis invited Samuel L. Jackson, that is, "Samue L. Jack's Son," and Toby McGuire, who as everyone knows, just goes by "Toby," to sit down with him in an awkward interview.

"Do you know what sandwich I get at my deli?" Galifianakis asks Jackson. "Snakes on a plain bagel." Jackson, adorned in a head-to-toe matching grey sweatsuit and cap asks curiously what comes on the sandwich. The interview continues with half-baked jokes from Galifianakis, and no one is less pleased than Toby McGuire. After their short and not-so-sweet chat, Arcade Fire performs "Little Drummer Boy," complete with hitting off-tune high notes and utilizing jazz hands instead of instruments. But the best part of these interviews is often the way in which Galifianakis "reworks" his subjects names. So let's take a look at some of the best names to come out of Between two Ferns.